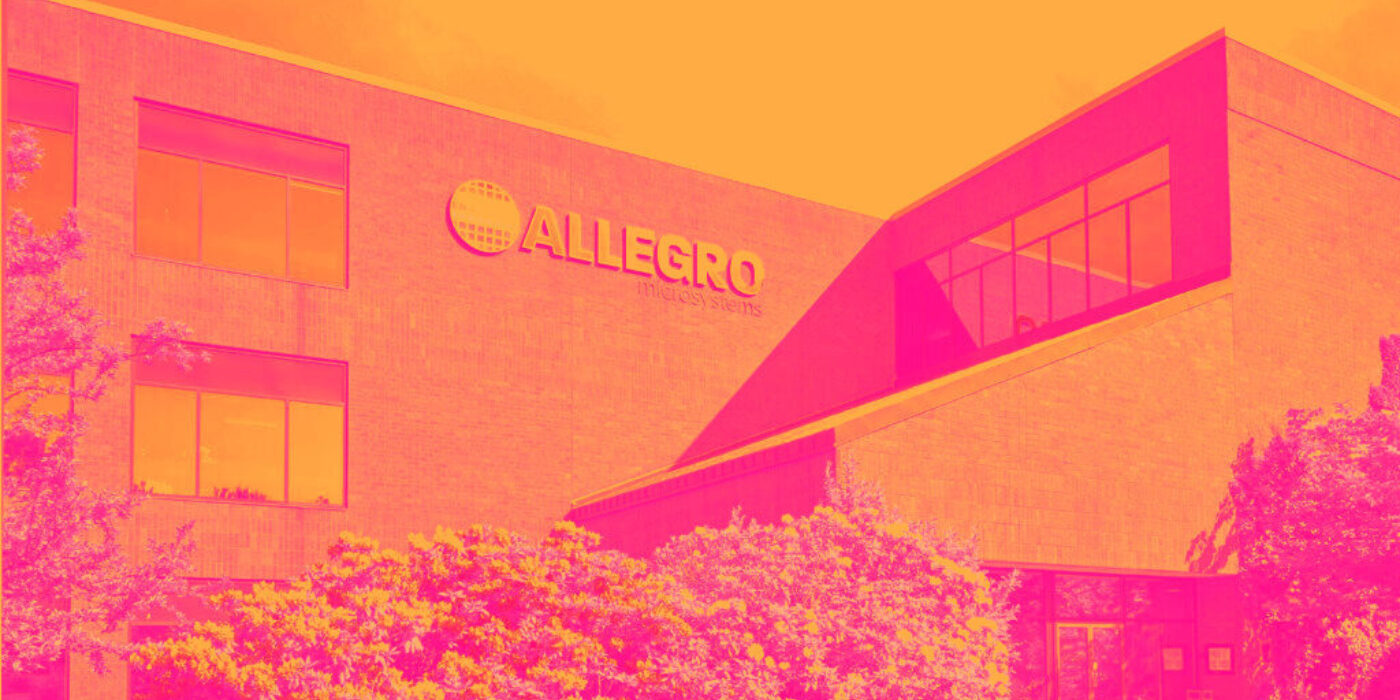 As Q3 earnings season comes to a close, it’s time to take stock of this quarter's best and worst performers amongst the processors and graphics chips stocks, including Allegro MicroSystems (NASDAQ:ALGM) and its peers.

The 7 processors and graphics chips stocks we track reported a weak Q3; on average, revenues beat analyst consensus estimates by 1.33%, while on average next quarter revenue guidance was 8.57% under consensus. Technology stocks have been hit hard on fears of higher interest rates as investors search for near-term cash flows, but processors and graphics chips stocks held their ground better than others, with the share prices up 23.8% since the previous earnings results, on average.

The result of a spinoff from Sanken in Japan, Allegro MicroSystems (NASDAQ:ALGM) is a designer of power management chips and distance sensors used in electric vehicles and data centers.

Allegro MicroSystems reported revenues of $237.6 million, up 22.7% year on year, beating analyst expectations by 5.61%. It was a very strong quarter for the company, with a beat on the bottom line and very optimistic guidance for the next quarter.

Allegro MicroSystems achieved the strongest analyst estimates beat of the whole group. The stock is up 48.6% since the results and currently trades at $33.69.

Is now the time to buy Allegro MicroSystems? Access our full analysis of the earnings results here, it's free.

Broadcom reported revenues of $8.93 billion, up 20.5% year on year, in line with analyst expectations. It was a decent quarter for the company, with a significant improvement in inventory levels.

Nvidia reported revenues of $5.93 billion, down 16.5% year on year, beating analyst expectations by 1.91%. It was a weak quarter for the company, with slow revenue growth and underwhelming revenue guidance for the next quarter.

AMD pulled off the fastest revenue growth and highest full year guidance raise, but had the weakest performance against analyst estimates among the peers. The stock is up 28.6% since the results and currently trades at $76.73.

Read our full, actionable report on AMD here, it's free.

Qualcomm reported revenues of $11.3 billion, up 22% year on year, in line with analyst expectations. It was a weaker quarter for the company, with underwhelming revenue guidance for the next quarter and an increase in inventory levels.