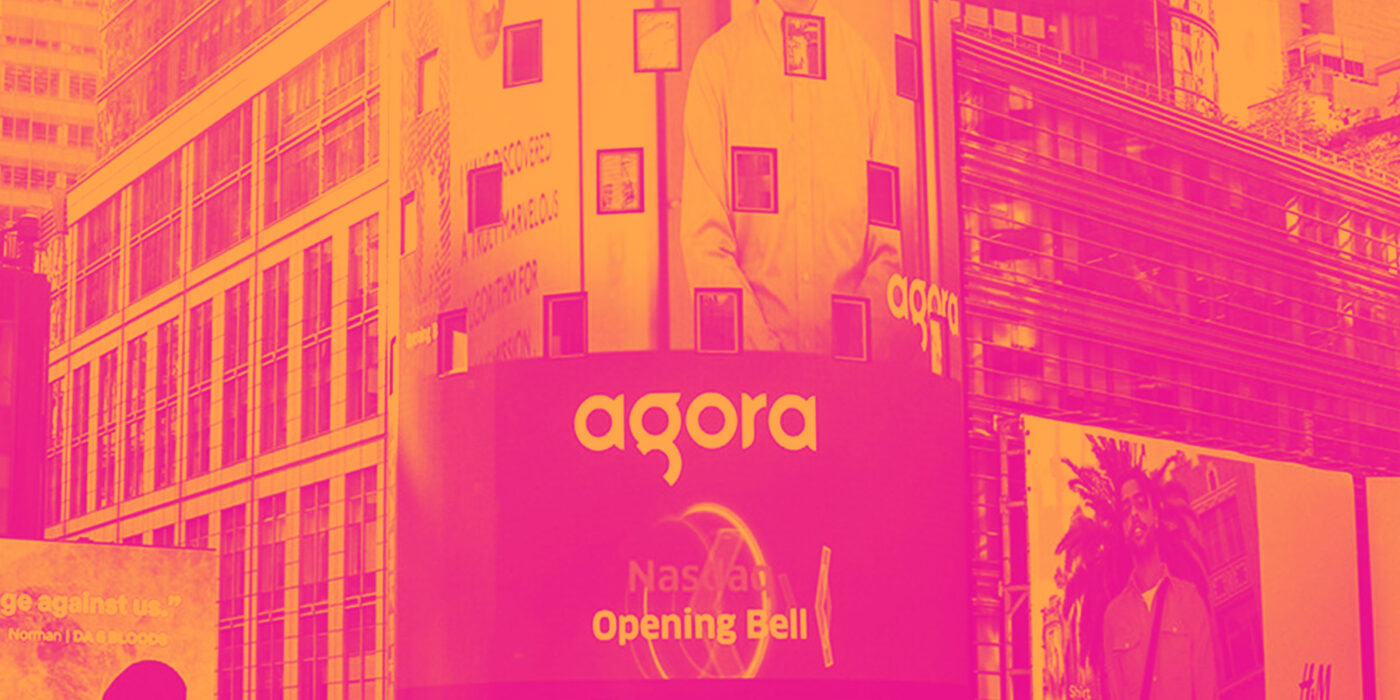 A Look Back at Software Development Stocks' Q1 Earnings: Agora (NASDAQ:API) Vs The Rest Of The Pack

The end of the earnings season is always a good time to take a step back and see who shined (and who not so much). Let’s have a look at how the software development stocks have fared in Q1, starting with Agora (NASDAQ:API).

Agora reported revenues of $38.5 million, down 4.08% year on year, beating analyst expectations by 4.27%. It was a weak quarter for the company, with a slow revenue growth and a decline in net revenue retention rate.

“We delivered robust results in the first quarter as we navigated through a complex and fast-evolving market environment. Strong revenue growth momentum continued in markets such as Middle East, Southeast Asia and Europe as developers increasingly choose our platform to create immersive real-time engagement experiences,” said Tony Zhao, founder, chairman and CEO of Agora.

Agora delivered the slowest revenue growth of the whole group. The company added 36 customers to a total of 2,706. The stock is down 16.7% since the results and currently trades at $5.60.

Read our full report on Agora here, it's free.

GitLab reported revenues of $87.4 million, up 61.7% year on year, beating analyst expectations by 11.8%. It was a very strong quarter for the company, with an impressive beat of analyst estimates and an exceptional revenue growth.

GitLab achieved the strongest analyst estimates beat among its peers. The stock is up 35.5% since the results and currently trades at $54.

F5 Networks reported revenues of $634.2 million, down 1.72% year on year, in line with analyst expectations. It was a weak quarter for the company, with a slow revenue growth and an underwhelming revenue guidance for the next quarter.

Dynatrace reported revenues of $252.5 million, up 28.5% year on year, beating analyst expectations by 2.44%. Despite the solid topline results, it was a weaker quarter for the company, with full-year guidance missing analysts' expectations and underwhelming guidance for the next quarter.

Dynatrace had the weakest full year guidance update among the peers. The stock is up 12.3% since the results and currently trades at $36.84.

Read our full, actionable report on Dynatrace here, it's free.

Sumo Logic reported revenues of $67.8 million, up 25.1% year on year, beating analyst expectations by 2.67%. It was a mixed quarter for the company, with a decent beat of analyst estimates but a decline in gross margin.