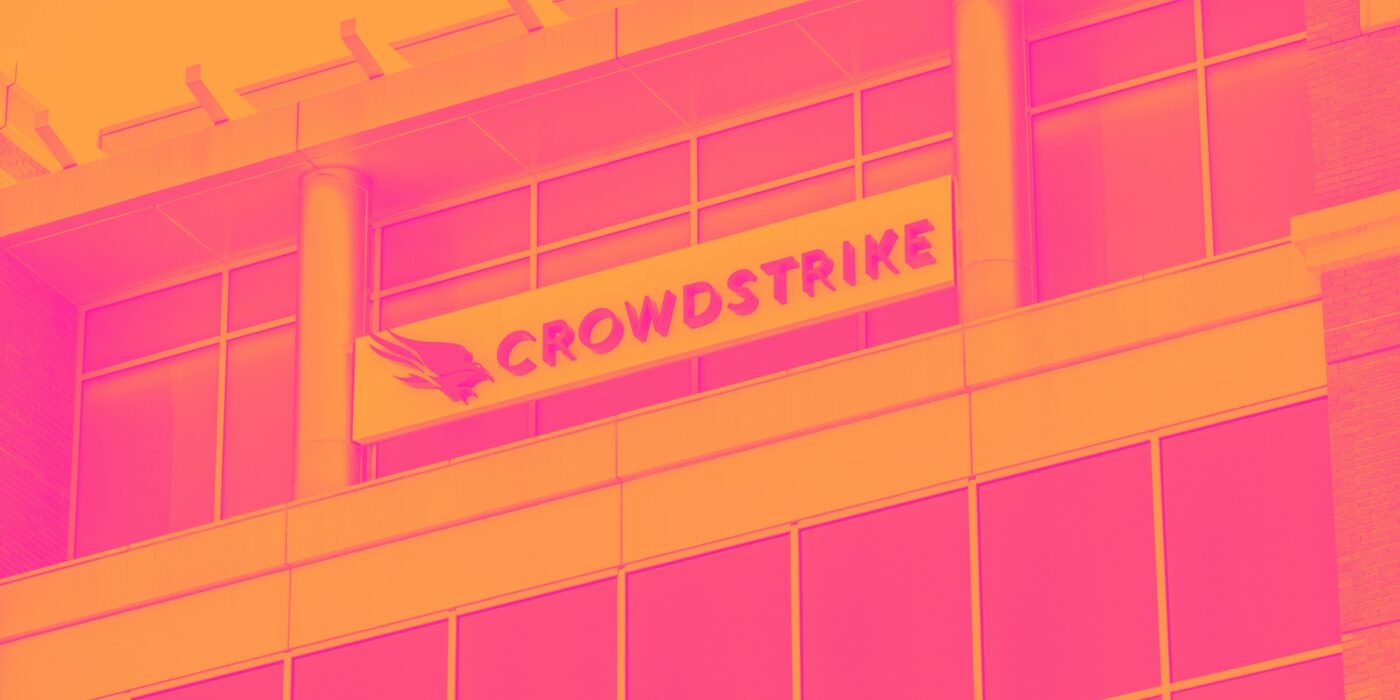 Cybersecurity company CrowdStrike (NASDAQ:CRWD) reported Q4 FY2022 results that beat analyst expectations, with revenue up 62.6% year on year to $431 million. On top of that, guidance for next quarter's revenue was surprisingly good, being $462.1 million at the midpoint, 4.85% above what analysts were expecting. CrowdStrike made a GAAP loss of $41.7 million, down on its loss of $19 million, in the same quarter last year.

As you can see below, CrowdStrike's revenue growth has been incredible over the last year, growing from quarterly revenue of $264.9 million, to $431 million. 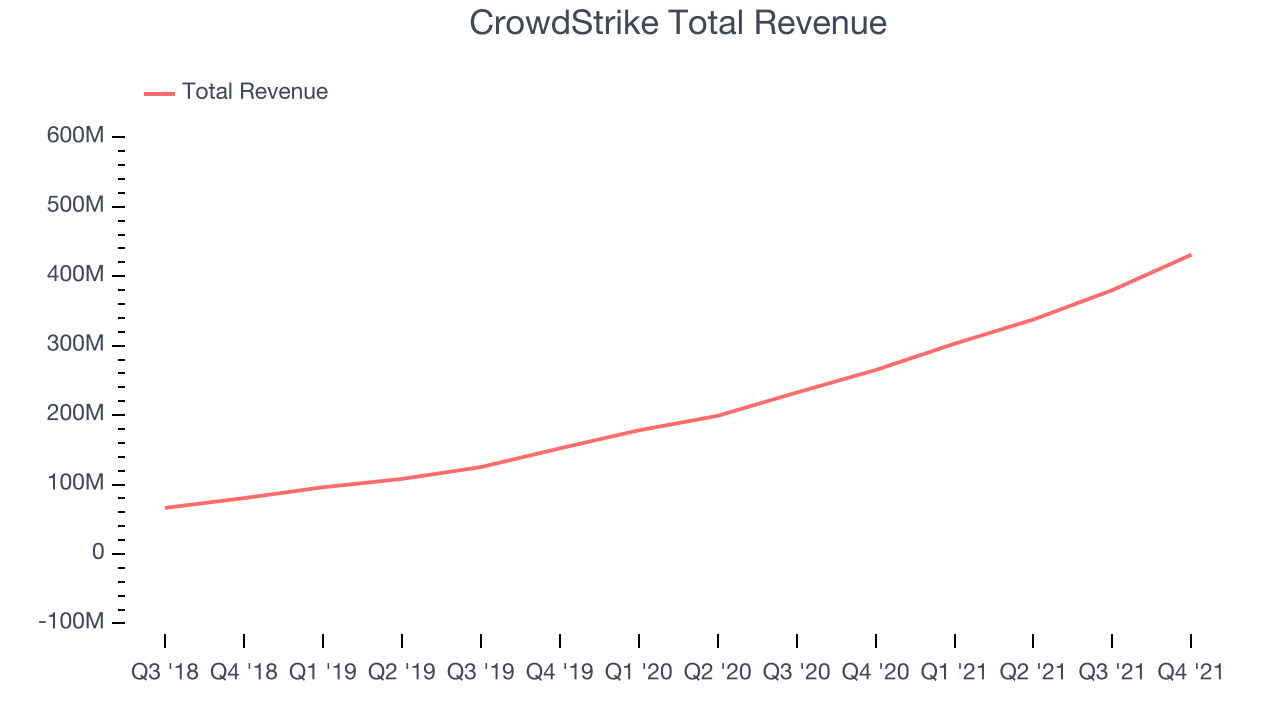 This was another standout quarter with the revenue up a splendid 62.6% year on year. On top of that, revenue increased $50.9 million quarter on quarter, a very strong improvement on the $42.3 million increase in Q3 2022, and a sign of re-acceleration of growth, which is very nice to see indeed.

Guidance for the next quarter indicates CrowdStrike is expecting revenue to grow 52.6% year on year to $462.1 million, slowing down from the 70% year-over-year increase in revenue the company had recorded in the same quarter last year. For the upcoming financial year management expects revenue to be $2.14 billion at the midpoint, growing 47.9% compared to 66.4% increase in FY2022.

You can see below that CrowdStrike reported 16,325 customers at the end of the quarter, an increase of 1,638 on last quarter. That's in line with the customer growth we have seen over the last couple of quarters, suggesting that the company can maintain its current sales momentum. 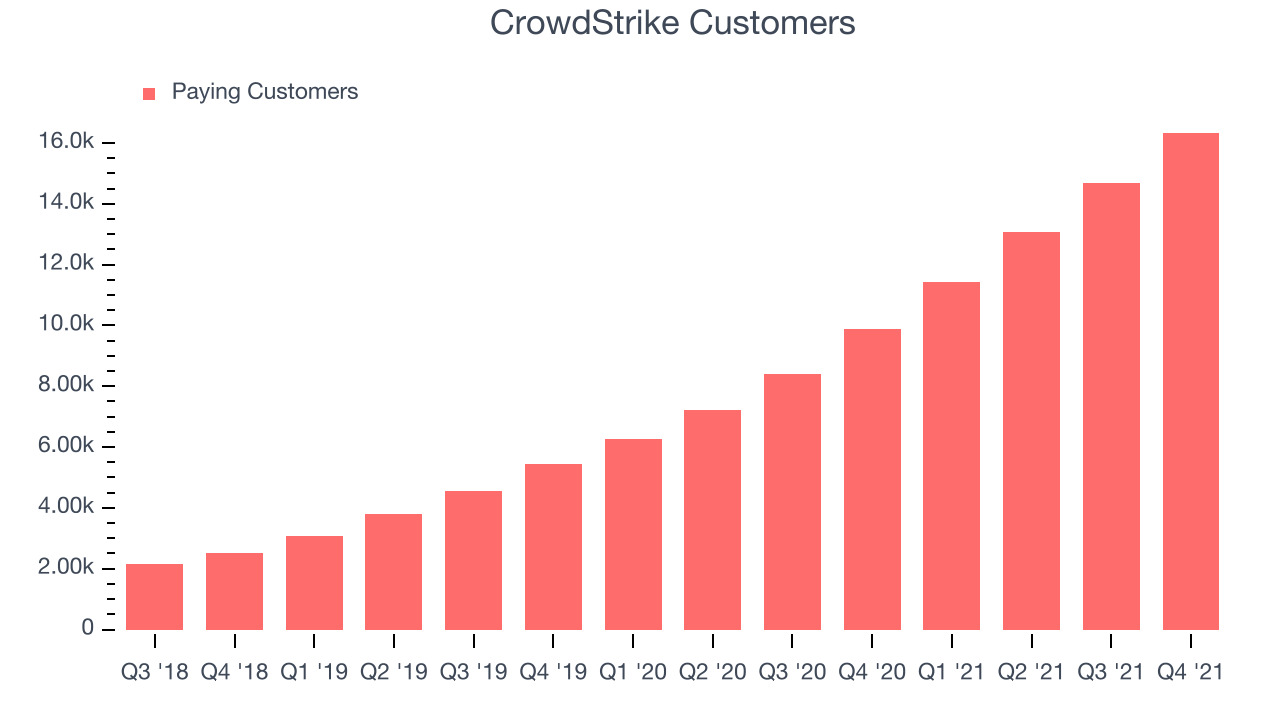 What makes the software as a service business so attractive is that once the software is developed, it typically shouldn't cost much to provide it as an ongoing service to customers. CrowdStrike's gross profit margin, an important metric measuring how much money there is left after paying for servers, licenses, technical support and other necessary running expenses was at 73.8% in Q4. 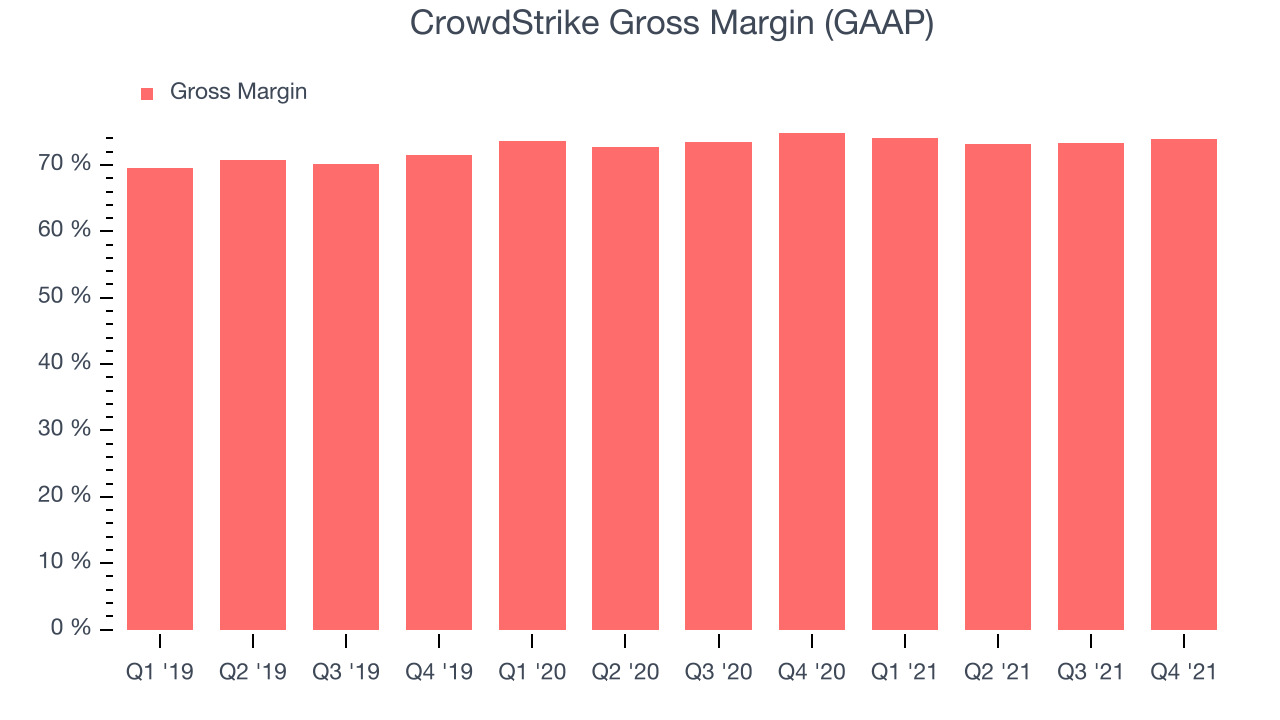 That means that for every $1 in revenue the company had $0.73 left to spend on developing new products, marketing & sales and the general administrative overhead. This is around the average of what we typically see in SaaS businesses, but it is good to see that the gross margin is staying stable which indicates that CrowdStrike is doing a good job controlling costs and is not under pressure from competition to lower prices.

If you follow StockStory for a while, you know that we put an emphasis on cash flow. Why, you ask? We believe that in the end cash is king, as you can't use accounting profits to pay the bills. CrowdStrike's free cash flow came in at $127.3 million in Q4, up 30.7% year on year. 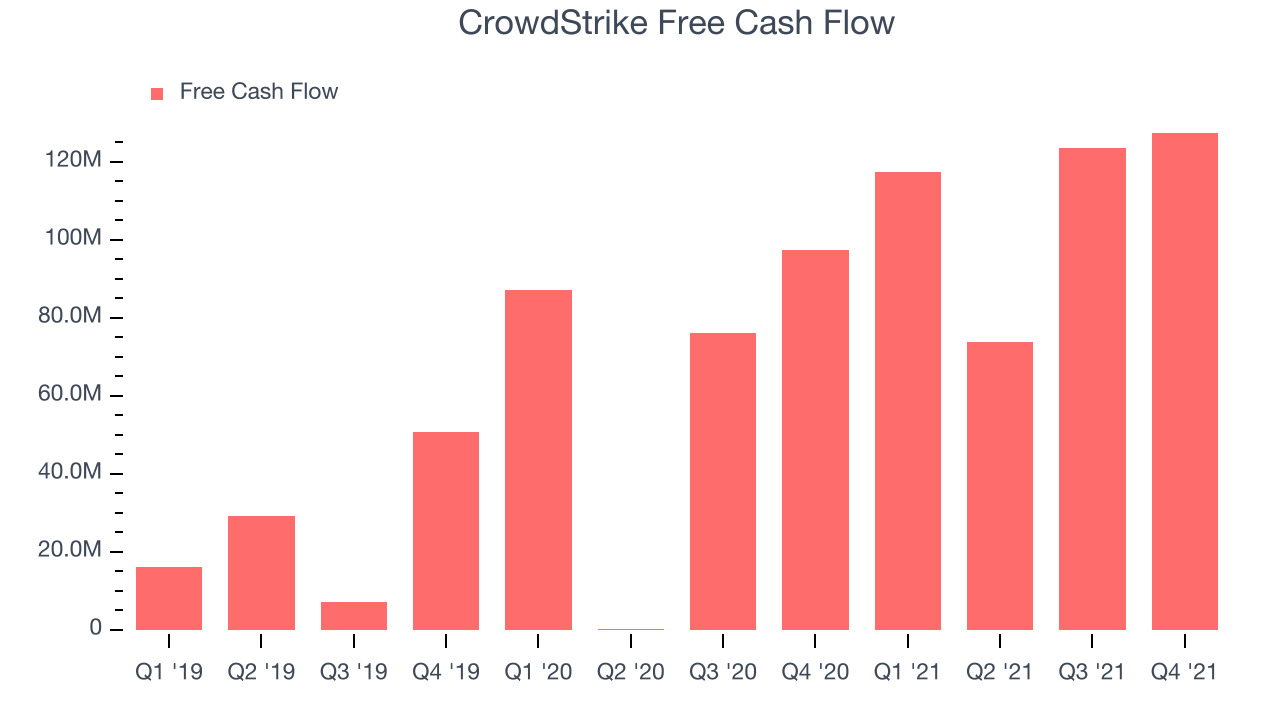 CrowdStrike has generated $441.7 million in free cash flow over the last twelve months, an impressive 30.4% of revenues. This robust FCF margin is a result of CrowdStrike asset lite business model, scale advantages, and strong competitive positioning, and provides it the option to return capital to shareholders while still having plenty of cash to invest in the business.

With a market capitalization of $35.9 billion, more than $1.99 billion in cash and with free cash flow over the last twelve months being positive, the company is in a very strong position to invest in growth.

We were impressed by the exceptional revenue growth CrowdStrike delivered this quarter. And we were also glad that the revenue guidance for the rest of the year exceeded expectations. On the other hand, it was a little less exciting that the revenue guidance for next year indicated the growth will be slowing down. Overall, we think this was a strong quarter, that should leave shareholders feeling very positive. The company is up 12.6% on the results and currently trades at $191.54 per share.

The market is certainly expecting long term growth from CrowdStrike given its price to sales ratio based on the next twelve months is 19.4x. Looking at the tech landscape today, CrowdStrike's qualities really stand out, and we really like it at this price.

The Wall St analysts covering the company had a one year price target of $268.3 per share right before these results, implying that they saw upside in buying CrowdStrike even in the short term.