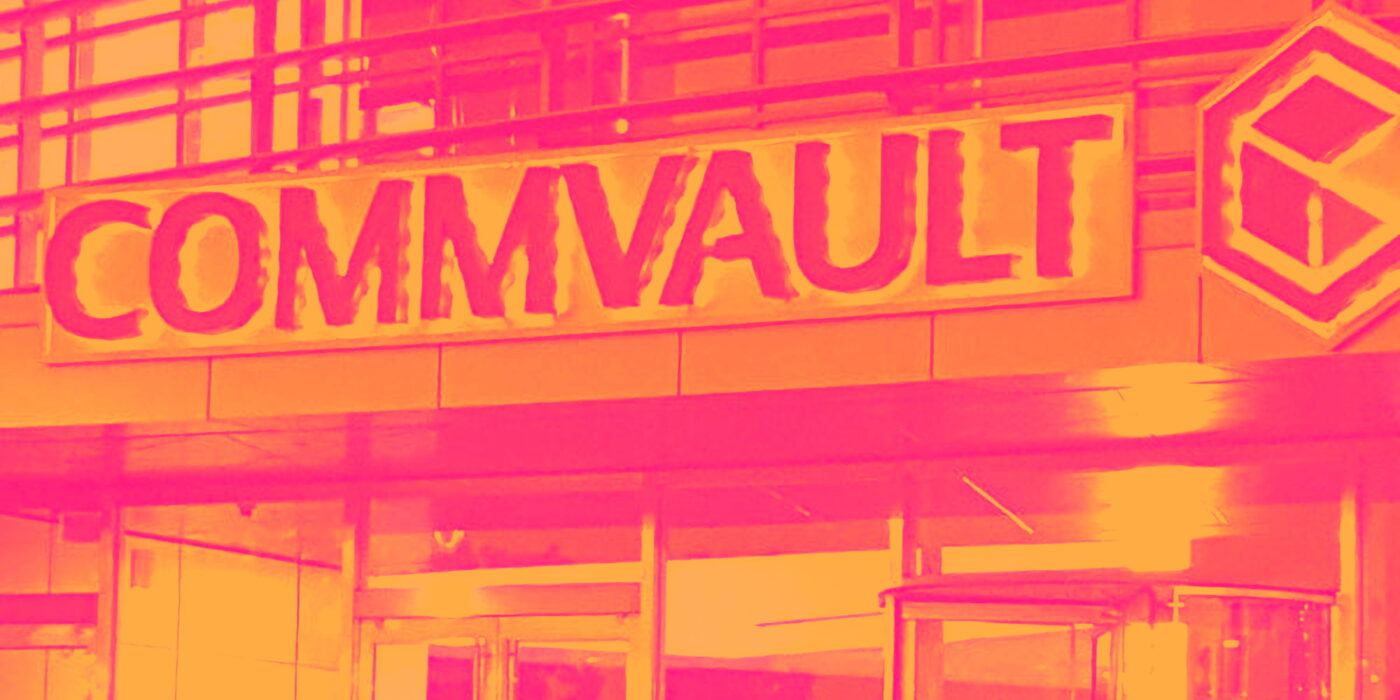 Data backup provider Commvault (NASDAQ:CVLT) reported Q1 FY2023 results topping analyst expectations, with revenue up 7.93% year on year to $197.9 million. Commvault Systems made a GAAP profit of $3.51 million, down on its profit of $13.8 million, in the same quarter last year.

Is now the time to buy Commvault Systems? Access our full analysis of the earnings results here, it's free.

As you can see below, Commvault Systems's revenue growth has been unimpressive over the last year, growing from quarterly revenue of $183.4 million, to $197.9 million. 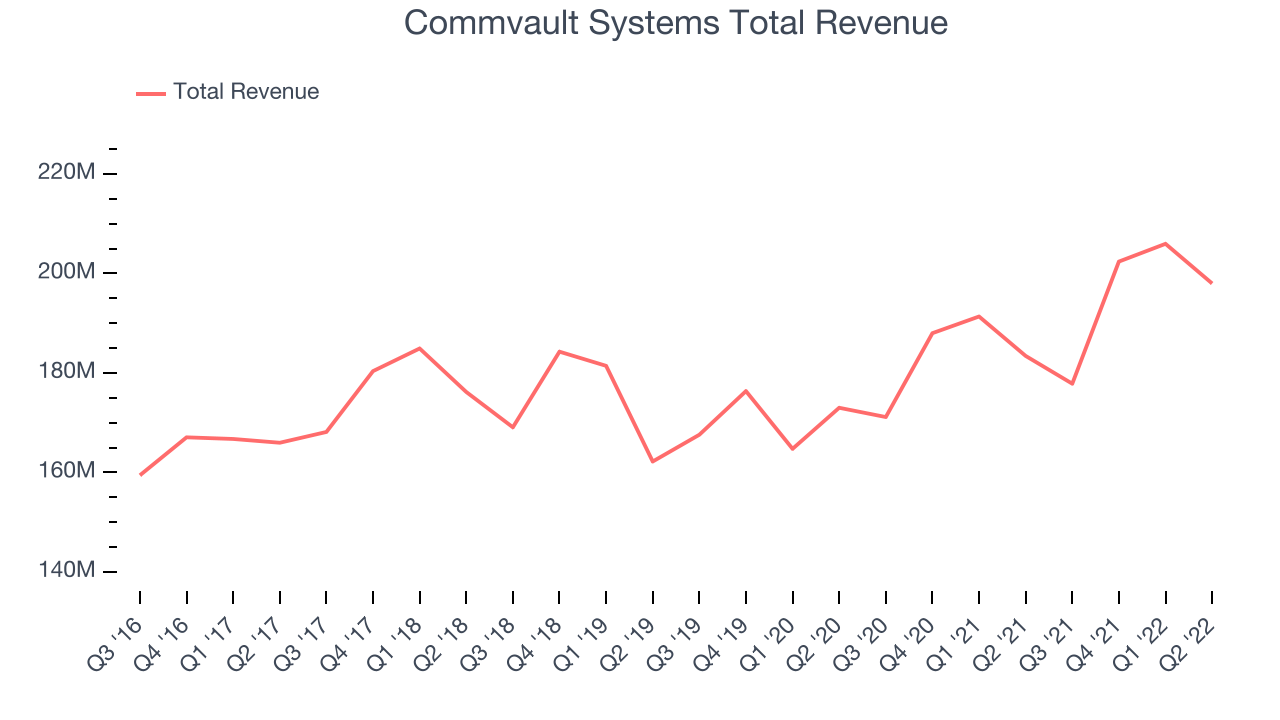 Commvault Systems's quarterly revenue was only up 7.93% year on year, which would likely disappoint many shareholders. But the revenue actually decreased by $7.96 million in Q1, compared to $3.56 million increase in Q4 2022. If we take a closer look, we'll observe a similar revenue decline in the same quarter last year, which could suggest the decline is seasonal. However, the management is guiding for a further drop in revenue in the next quarter, so it is definitely worth keeping an eye on the situation.

Ahead of the earnings results the analysts covering the company were estimating sales to grow 6.74% over the next twelve months.

You can see below that at the end of the quarter Commvault Systems reported 184 enterprise customers paying more than $100,000 annually, a decrease of 42 on last quarter. We have no doubt shareholders would like to see the company regain its sales momentum. 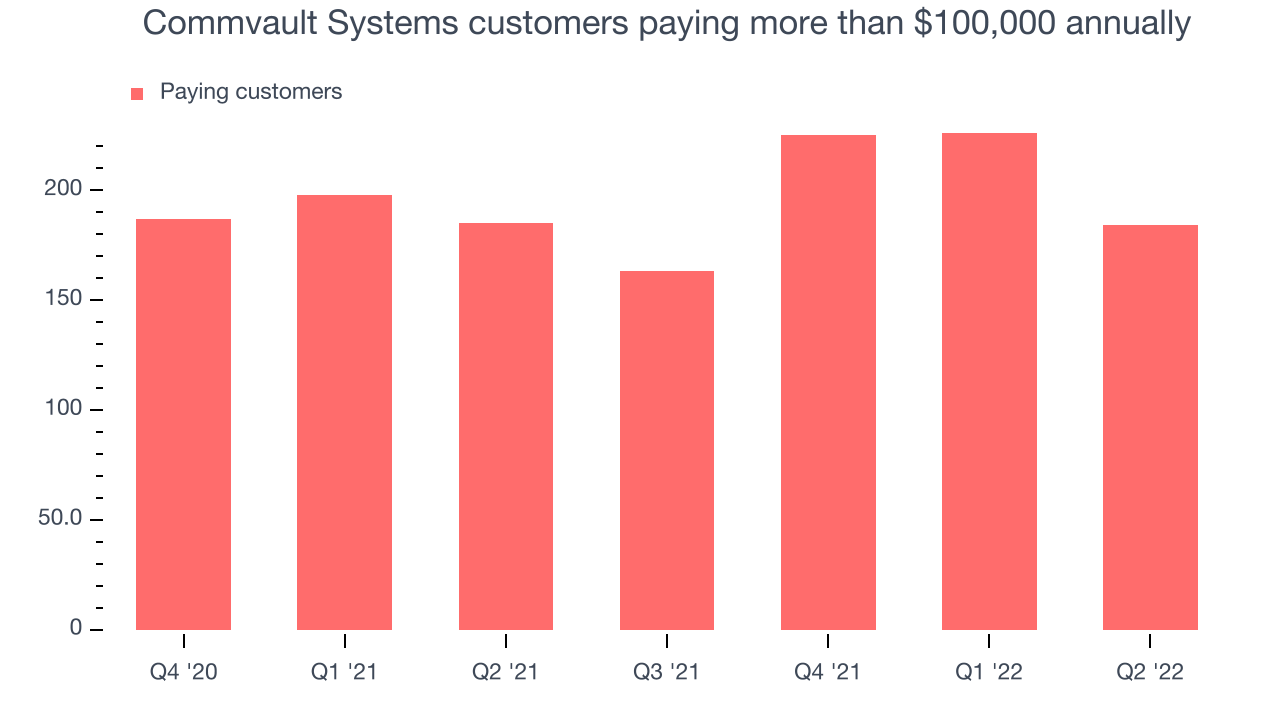 With a market capitalization of $2.74 billion Commvault Systems is among smaller companies, but its more than $258.7 million in cash and positive free cash flow over the last twelve months put it in a very strong position to invest in growth.

Commvault Systems topped analysts’ revenue expectations this quarter, even if just narrowly. That feature of these results really stood out as a positive. On the other hand, it was less good to see that the revenue growth was quite weak. Overall, it seems to us that this was a complicated quarter for Commvault Systems. The company currently trades at $61.3 per share.

Commvault Systems may have had a tough quarter, but does that actually create an opportunity to invest right now? It is important that you take into account its valuation and business qualities, as well as what happened in the latest quarter. We look at that in our actionable report which you can read here, it's free.