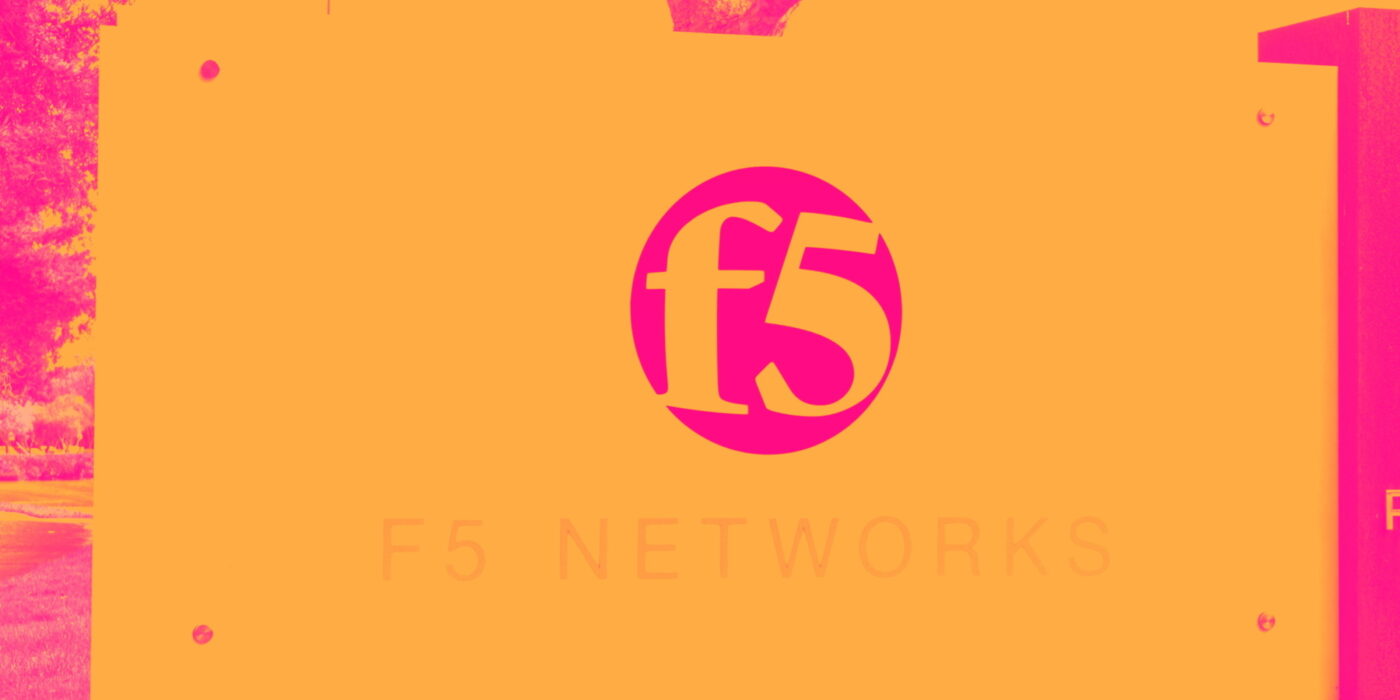 Network application delivery and security specialist F5 (NASDAQ:FFIV) reported results in line with analyst expectations in Q1 FY2023 quarter, with revenue up 1.93% year on year to $700.3 million. The company expects that next quarter's revenue would be around $700 million, which is the midpoint of the guidance range. That was in roughly line with analyst expectations. F5 Networks made a GAAP profit of $72.4 million, down on its profit of $93.5 million, in the same quarter last year.

Is now the time to buy F5 Networks? Access our full analysis of the earnings results here, it's free.

“Customers are focused on minimizing their spend and optimizing their existing investments while also continuing to drive revenue,” said François Locoh-Donou, F5’s President and CEO.

As you can see below, F5 Networks's revenue growth has been unimpressive over the last two years, growing from quarterly revenue of $624.6 million in Q1 FY2021, to $700.3 million.

F5 Networks's quarterly revenue was only up 1.93% year on year, which might disappoint some shareholders. But the growth did slow down compared to last quarter, as the revenue increased by just $345 thousand in Q1, compared to $25.5 million in Q4 2022. We'd like to see revenue increase by a greater amount each quarter, but a one-off fluctuation is usually not concerning.

Guidance for the next quarter indicates F5 Networks is expecting revenue to grow 10.3% year on year to $700 million, improving on the 1.71% year-over-year decline in revenue the company had recorded in the same quarter last year. Ahead of the earnings results the analysts covering the company were estimating sales to grow 11.4% over the next twelve months.

What makes the software as a service business so attractive is that once the software is developed, it typically shouldn't cost much to provide it as an ongoing service to customers. F5 Networks's gross profit margin, an important metric measuring how much money there is left after paying for servers, licenses, technical support and other necessary running expenses was at 77.8% in Q1.

That means that for every $1 in revenue the company had $0.77 left to spend on developing new products, marketing & sales and the general administrative overhead. Despite it going down over the last year, this is still a good gross margin that allows companies like F5 Networks to fund large investments in product and sales during periods of rapid growth and be profitable when they reach maturity.

With a market capitalization of $8.92 billion F5 Networks is among smaller companies, but its more than $659.7 million in cash and positive free cash flow over the last twelve months put it in a very strong position to invest in growth.

We struggled to find many strong positives in these results. On the other hand, revenue growth was quite weak and the revenue guidance for the next quarter slightly missed analysts' expectations. Overall, this quarter's results could have been better. The company is up 2.3% on the results and currently trades at $149.82 per share.

F5 Networks may have had a tough quarter, but does that actually create an opportunity to invest right now? It is important that you take into account its valuation and business qualities, as well as what happened in the latest quarter. We look at that in our actionable report which you can read here, it's free.