Software development tools maker JFrog (NASDAQ:FROG) beat analyst expectations in Q3 FY2022 quarter, with revenue up 34% year on year to $71.9 million. The company expects that next quarter's revenue would be around $77 million, which is the midpoint of the guidance range. That was in roughly line with analyst expectations. JFrog made a GAAP loss of $23.5 million, down on its loss of $20.4 million, in the same quarter last year.

Is now the time to buy JFrog? Access our full analysis of the earnings results here, it's free.

“Our third quarter results exceeded the high-end of guidance across all metrics, as cloud revenues grew 60%, driven with our cloud marketplace partners and higher levels of customer usage,” said Shlomi Ben Haim, JFrog Co-founder and CEO.

As you can see below, JFrog's revenue growth has been very strong over the last two years, growing from quarterly revenue of $38.8 million in Q3 FY2020, to $71.9 million. 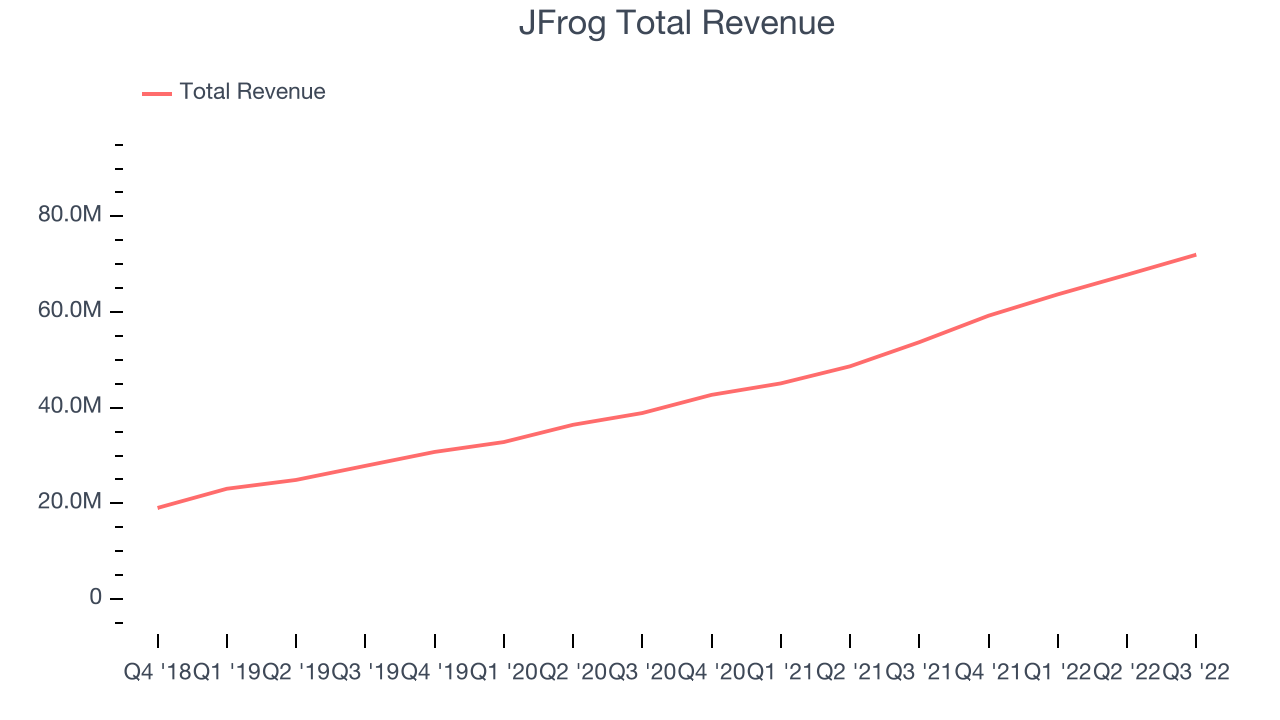 And unsurprisingly, this was another great quarter for JFrog with revenue up 34% year on year. Quarter on quarter the revenue increased by $4.18 million in Q3, which was in line with Q2 2022. This steady quarter-on-quarter growth shows the company is able to maintain a strong growth trajectory.

Guidance for the next quarter indicates JFrog is expecting revenue to grow 29.9% year on year to $77 million, slowing down from the 38.7% year-over-year increase in revenue the company had recorded in the same quarter last year. Ahead of the earnings results the analysts covering the company were estimating sales to grow 28.3% over the next twelve months. 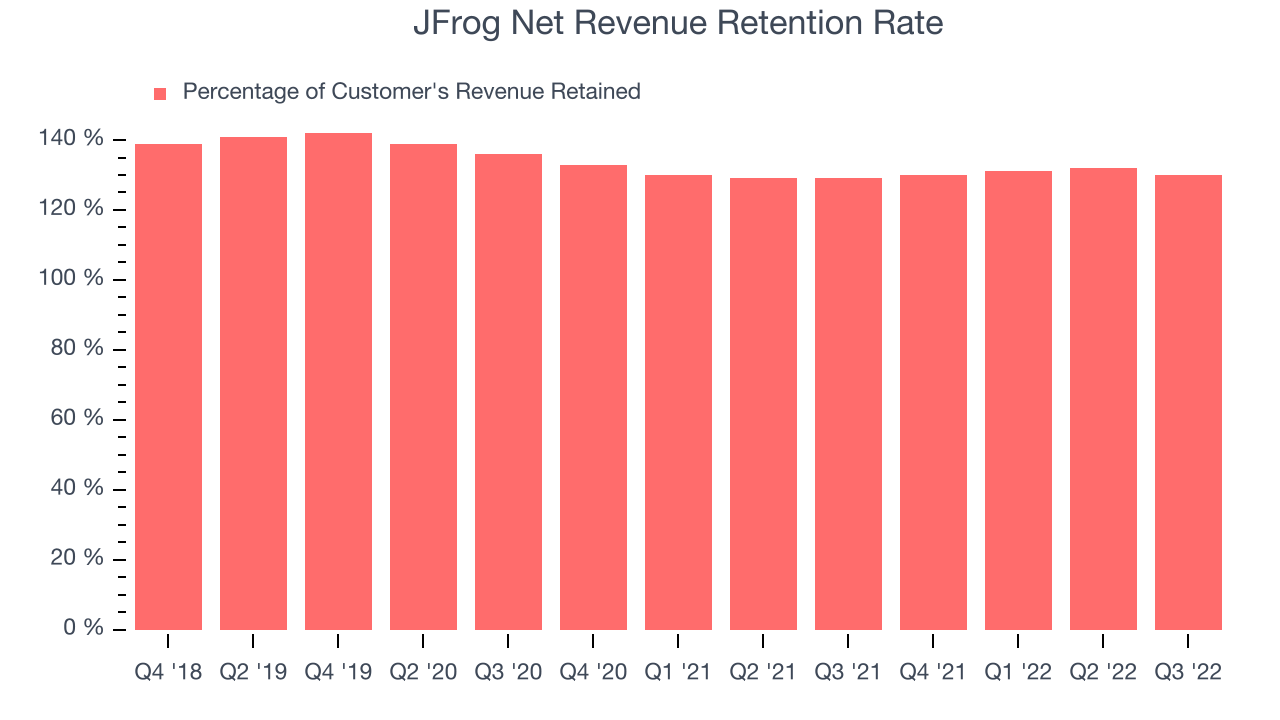 JFrog's net revenue retention rate, an important measure of how much customers from a year ago were spending at the end of the quarter, was at 130% in Q3. That means even if they didn't win any new customers, JFrog would have grown its revenue 30% year on year. Despite the recent drop this is still a great retention rate and a clear proof of a great product. We can see that JFrog's customers are very satisfied with their software and are using it more and more over time.

With a market capitalization of $2.45 billion JFrog is among smaller companies, but its more than $434 million in cash and positive free cash flow over the last twelve months give us confidence that JFrog has the resources it needs to pursue a high growth business strategy.

It was good to see JFrog deliver strong revenue growth this quarter. And we were also happy to see it topped analysts’ revenue expectations, even if just narrowly. On the other hand, there was a deterioration in revenue retention rate. Zooming out, we think this was still a decent, albeit mixed, quarter, showing the company is staying on target. The company is flat on the results and currently trades at $23 per share.

Should you invest in JFrog right now? It is important that you take into account its valuation and business qualities, as well as what happened in the latest quarter. We look at that in our actionable report which you can read here, it's free.