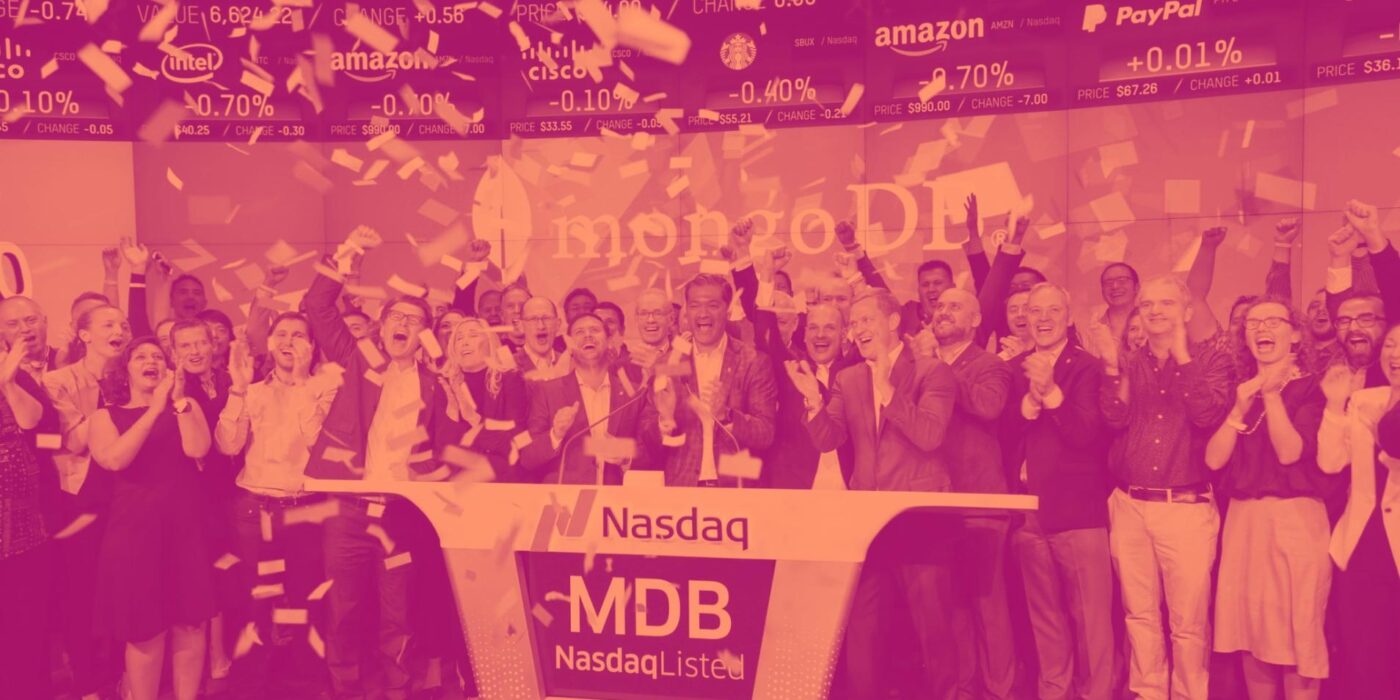 Database software company MongoDB (NASDAQ:MDB) reported Q1 FY2022 results that beat analyst expectations, with revenue up 39.3% year on year to $181.6 million. MongoDB made a GAAP loss of $63.9 million, down on its loss of $53.9 million, in the same quarter last year.

What do these results signal for the future of MongoDB? Get early access our full analysis here

"MongoDB delivered an excellent start to fiscal 2022, highlighted by 73% growth of Atlas. Five years ago this month we launched Atlas with the idea that customers would value a fully managed MongoDB database as a service offering from the company that built MongoDB. Today, Atlas is nearly a $400 million revenue run rate business, and represents, for the first time, the majority of our revenue," said Dev Ittycheria, President and Chief Executive Officer of MongoDB.

Database As A Service

MongoDB (NASDAQ:MDB) was started in 2007 by the team behind Google’s ad platform DoubleClick, and offers a database-as-a-service product that helps companies store large volumes of semi-structured data. The standard relational databases function like Excel on steroids, they store data in rows and columns across different tables. This works well if you need to store a lot of data that has similar structure, but can create potential inefficiencies if the structure of the data you are storing varies a lot. MongoDB instead stores data in records called documents, which similarly to a patient’s documents in a doctor’s office, have all the data for one entity in one folder, even though what is in the folder can vary a lot between entities.

There are many types of databases and they all have their pros and cons and can be useful for different purposes, but the overall need to store data has been growing consistently for many years.

As you can see below, MongoDB's revenue growth has been impressive over the last twelve months, growing from $130.3 million to $181.6 million.

And unsurprisingly, this was another great quarter for MongoDB with revenue up an absolutely stunning 39.3% year on year. But the growth did slow down compared to last quarter, as the revenue increased by just $10.6 million in Q1, compared to $20.2 million in Q4 2021. A one-off fluctuation is usually not concerning, but it is worth keeping in mind.

There are others doing even better. Founded by ex-Google engineers, a small company making software for banks has been growing revenue 80% year on year and is already up more than 400% since the IPO in December. You can find it on our platform for free.

Free Can Be A Good Business

Similarly to other businesses like Elastic (ESTC), MongoDB is built on a business model that combines free open source software with paid offerings. The paid product has features valuable for enterprise customers and offers a fully hosted service, but developers can also download and use limited version of MongoDB for free, which makes it really easy to try and evaluate.

You can see below that MongoDB reported 26,800 customers at the end of the quarter, an increase of 2,000 on last quarter. That's in line with the customer growth we have seen over the last couple of quarters, suggesting that the company can maintain its current sales momentum.

With market capitalisation of $17.8 billion, more than $935 million in cash and the fact it is operating close to free cash flow break-even the company is in a strong financial position to invest in growth.

We were impressed by how strongly MongoDB outperformed analysts’ revenue expectations this quarter. And we were also excited to see the really strong revenue growth. Overall, we think this was still a really good quarter, that should leave shareholders feeling very positive. Therefore, we think MongoDB will become more attractive to investors, compared to before these results.