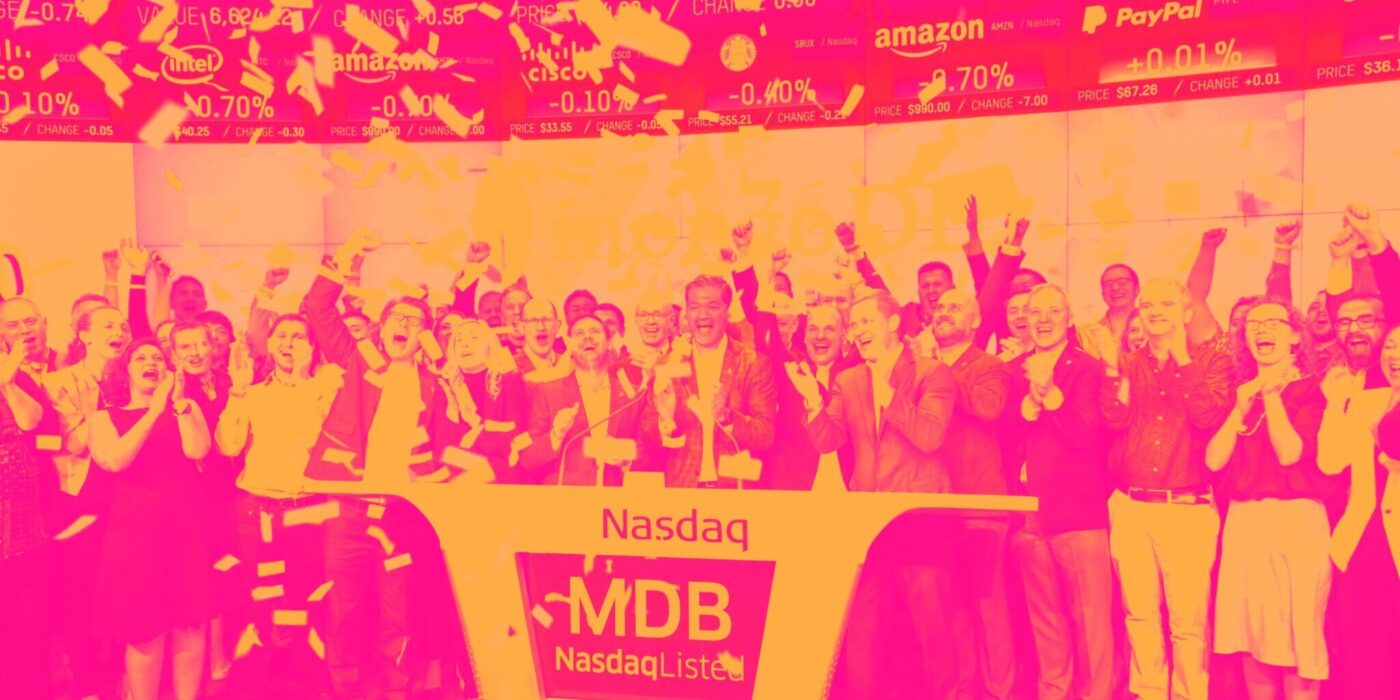 Database software company MongoDB (MDB) reported results ahead of analyst expectations in the Q3 FY2023 quarter, with revenue up 47% year on year to $333.6 million. The company expects that next quarter's revenue would be around $335.5 million, which is the midpoint of the guidance range. That was above analyst expectations. MongoDB made a GAAP loss of $84.8 million, down on its loss of $81.2 million, in the same quarter last year.

As you can see below, MongoDB's revenue growth has been impressive over the last two years, growing from quarterly revenue of $150.7 million in Q3 FY2021, to $333.6 million. 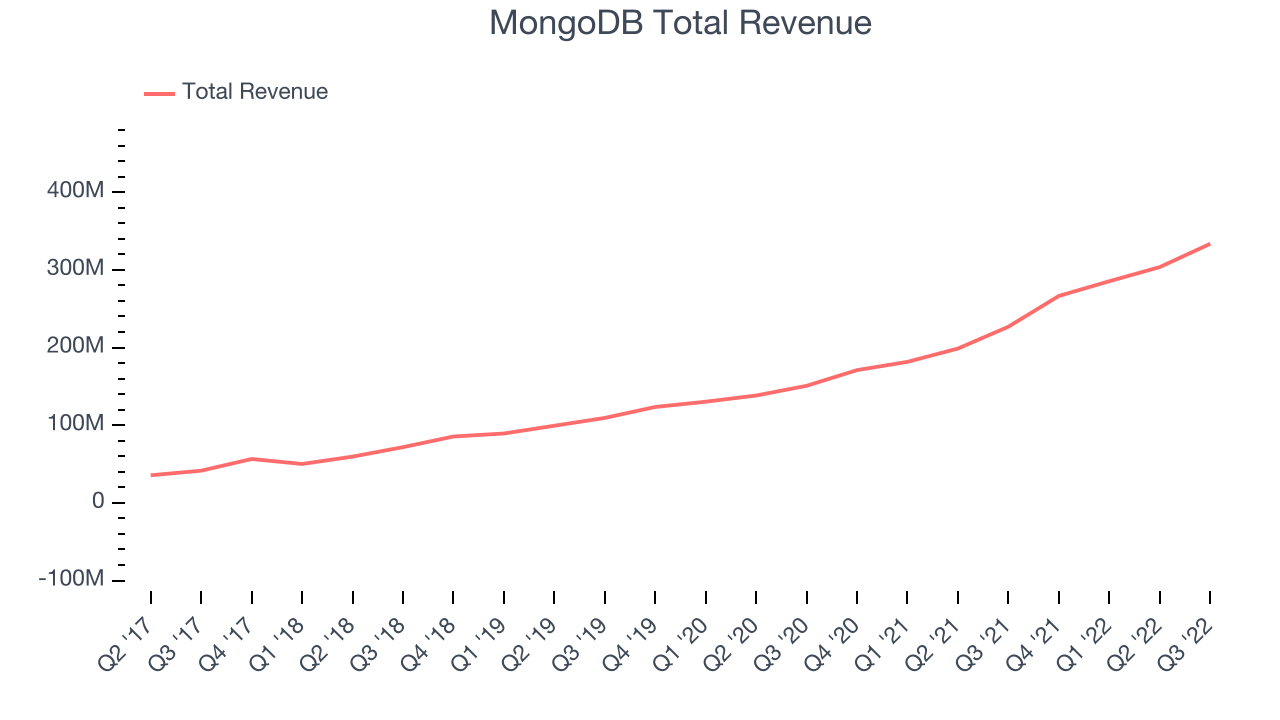 And unsurprisingly, this was another great quarter for MongoDB with revenue up 47% year on year. On top of that, revenue increased $29.9 million quarter on quarter, a very strong improvement on the $18.2 million increase in Q2 2023, and a sign of acceleration of growth.

Guidance for the next quarter indicates MongoDB is expecting revenue to grow 25.8% year on year to $335.5 million, slowing down from the 55.8% year-over-year increase in revenue the company had recorded in the same quarter last year. Ahead of the earnings results the analysts covering the company were estimating sales to grow 20.2% over the next twelve months.

You can see below that MongoDB reported 39,100 customers at the end of the quarter, an increase of 2,100 on last quarter. That is a fair bit better customer growth than last quarter and in line with what we have seen in previous quarters, demonstrating the company has the sales momentum required to drive continued growth. We've no doubt shareholders will take this as an indication that the company's go-to-market strategy is running smoothly. 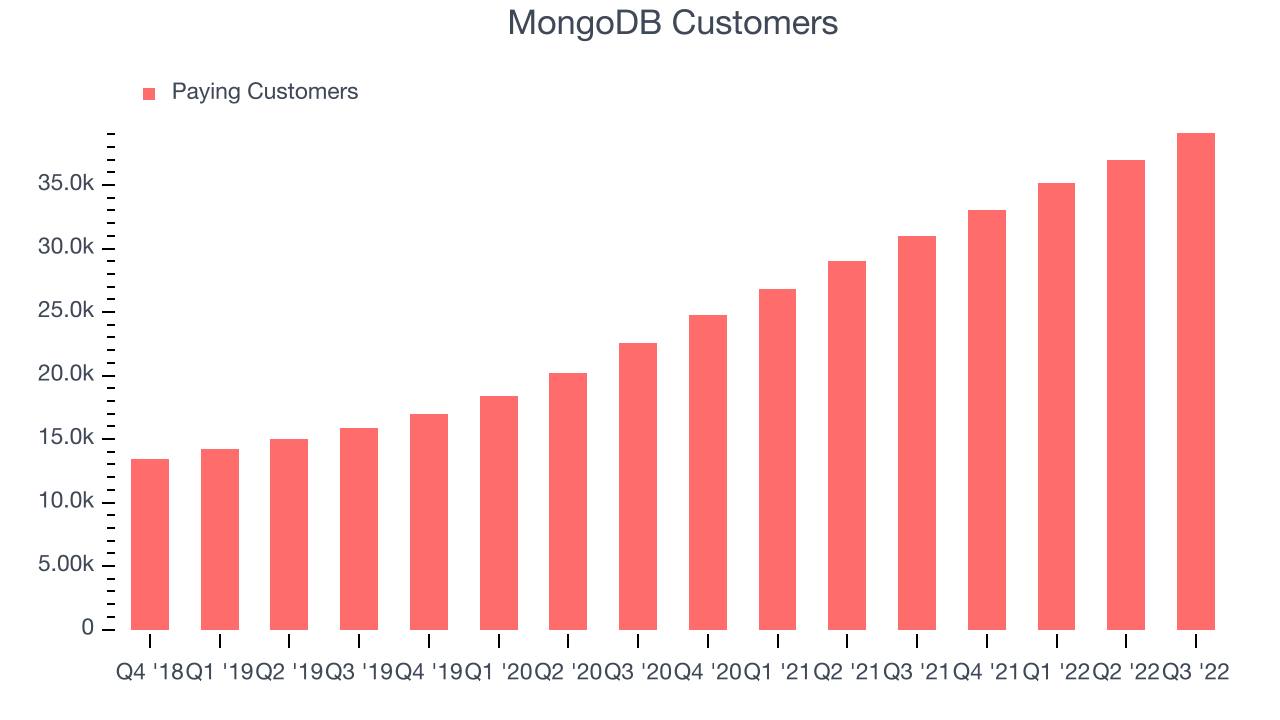 What makes the software as a service business so attractive is that once the software is developed, it typically shouldn't cost much to provide it as an ongoing service to customers. MongoDB's gross profit margin, an important metric measuring how much money there is left after paying for servers, licenses, technical support and other necessary running expenses was at 71.9% in Q3. 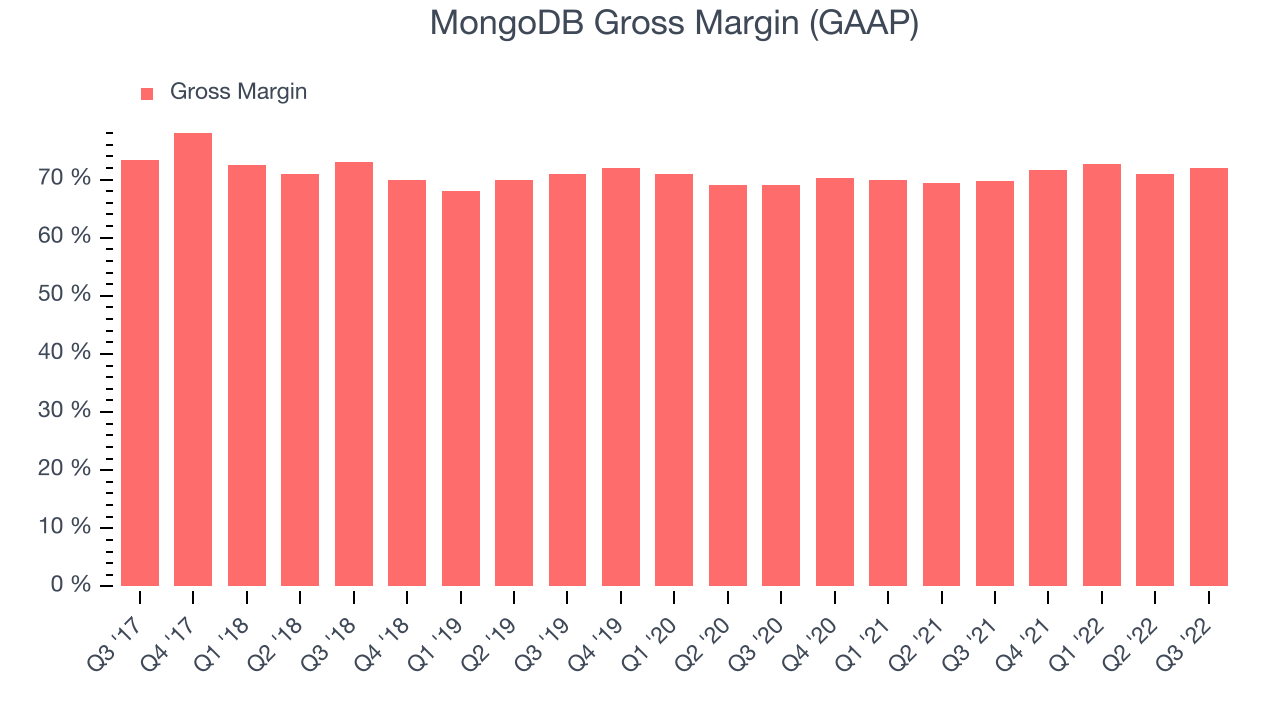 If you have followed StockStory for a while, you know that we put an emphasis on cash flow. Why, you ask? We believe that in the end cash is king, as you can't use accounting profits to pay the bills. MongoDB burned through $8.43 million in Q3, 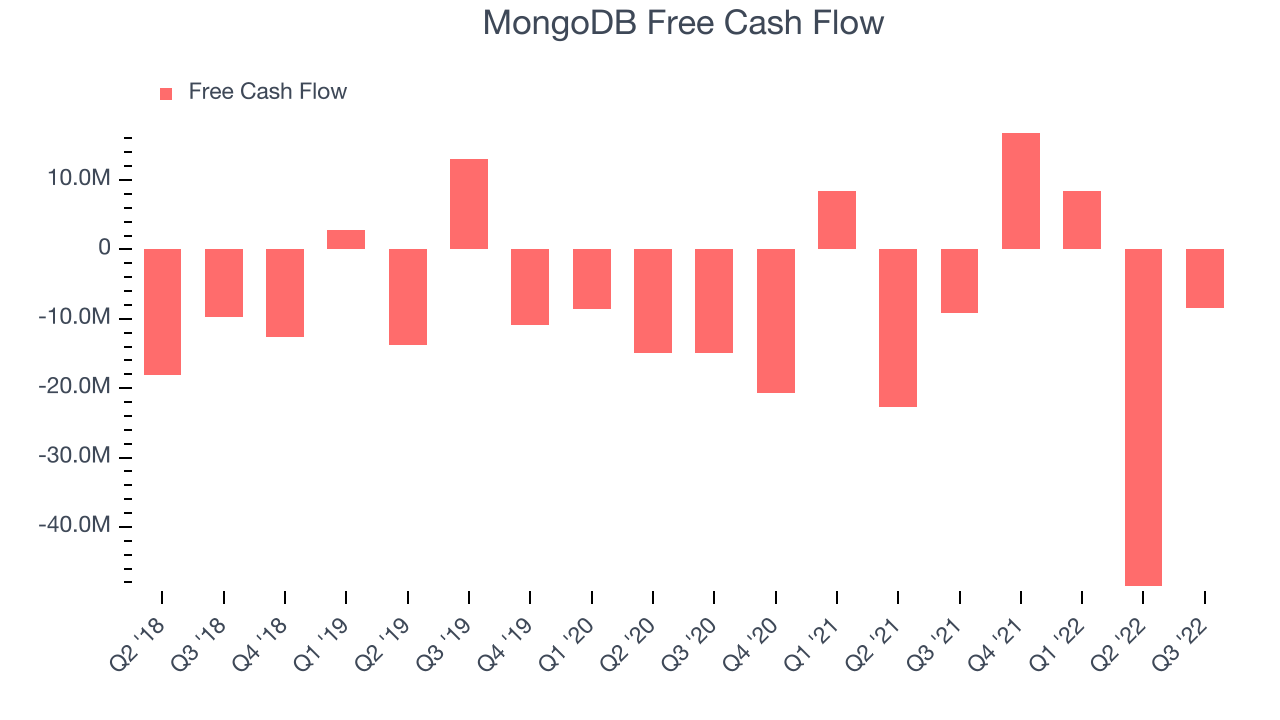 MongoDB has burned through $31.7 million in cash over the last twelve months, resulting in a negative 2.66% free cash flow margin. This below average FCF margin is a result of MongoDB's need to invest in the business to continue penetrating its market.

With a market capitalization of $10.2 billion, more than $1.78 billion in cash and the fact it is operating close to free cash flow break-even, we're confident that MongoDB has the resources it needs to pursue a high growth business strategy.

We were impressed by the very optimistic revenue guidance MongoDB provided for the next quarter. And we were also excited to see that it outperformed Wall St’s revenue expectations. On the other hand, it was unfortunate to see that MongoDB's revenue guidance for the full year missed analysts' expectations . Overall, we think this was a strong quarter, that should leave shareholders feeling very positive. The company is up 19.3% on the results and currently trades at $173 per share.

MongoDB may have had a good quarter, but investors should also consider its valuation and business qualities, when assessing the investment opportunity. We cheer for everyone who is making the lives of others easier through technology, but in case of MongoDB we will be cheering from the sidelines. Its revenue growth has been exceptional, though we don't expect it to maintain historical growth rates. Unfortunately, its gross margins aren't as good as other tech businesses we look at.

Given its price to sales ratio based on the next twelve months is 7.0x, MongoDB is priced with expectations of a long-term growth, and there's no doubt it is a bit of a market darling, at least for some. While we have no doubt one can find things to like about the company, we think there might be better opportunities in the market and at the moment don't see many reasons to get involved.