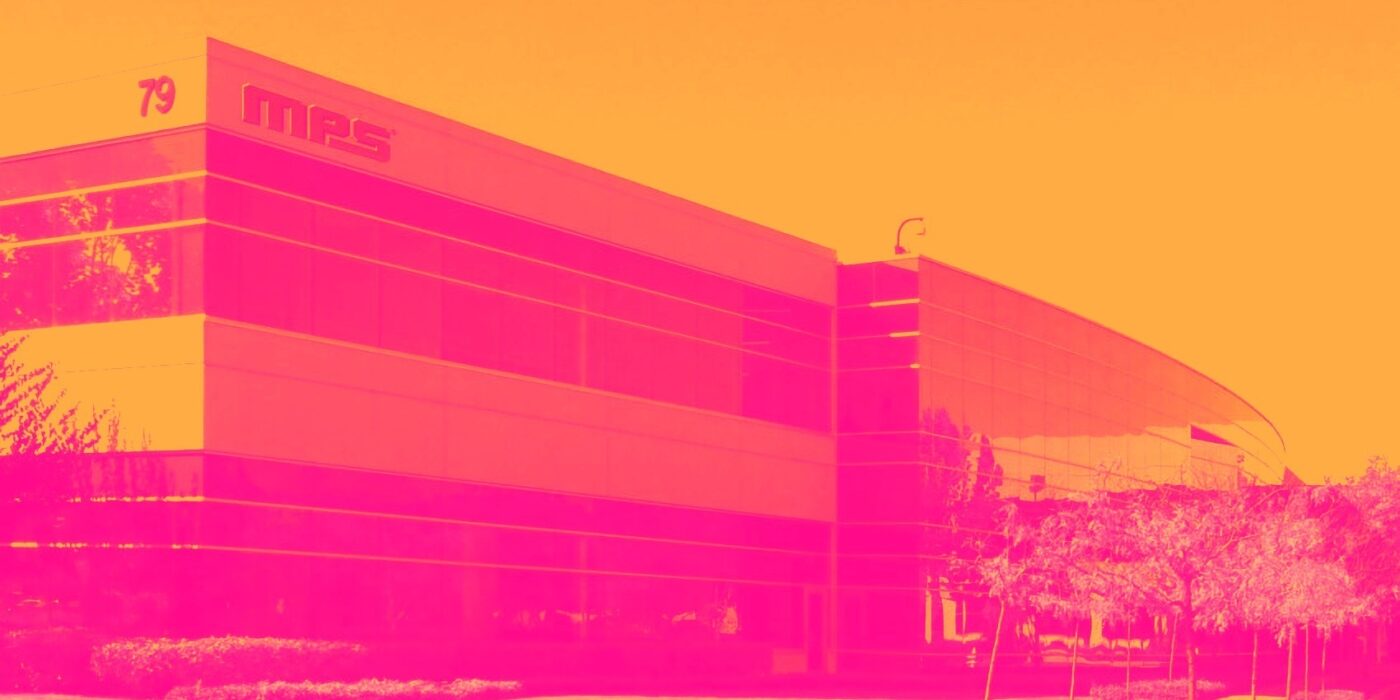 As the craze of earnings season draws to a close, here's a look back at some of the most exciting (and some less so) results from Q4. Today we are looking at the analog semiconductors stocks, starting with Monolithic Power Systems (NASDAQ:MPWR).

Monolithic Power Systems reported revenues of $336.5 million, up 44.3% year on year, beating analyst expectations by 4.57%. It was a very strong quarter for the company, with a beat on the bottom line and a very optimistic guidance for the next quarter.

“MPS’s strong financial performance in 2021 was largely due to a 40 percent increase in fab and assembly capacity, which supported our high-value, greenfield-product, revenue ramp. Looking ahead, MPS is on track to expand capacity in 2022 well beyond $2 billion, allowing the company to successfully ramp new product revenue and achieve strategic market share gains in 2023, 2024 and beyond,” said Michael Hsing, CEO and founder of MPS.

We think Monolithic Power Systems is a good business, but is it a buy today? Read our full report here, it's free.

Analog Devices reported revenues of $2.68 billion, up 72.2% year on year, beating analyst expectations by 2.87%. It was a very strong quarter for the company, with a significant improvement in inventory levels.

Analog Devices achieved the fastest revenue growth among the peers. The stock is down 2.49% since the results and currently trades at $157.97.

Texas Instruments reported revenues of $4.83 billion, up 18.5% year on year, beating analyst expectations by 9.05%. It was a very strong quarter for the company, with an impressive beat of analyst estimates.

Texas Instruments delivered the strongest analyst estimates beat among the peers. The stock is up 1.75% since the results and currently trades at $177.23.