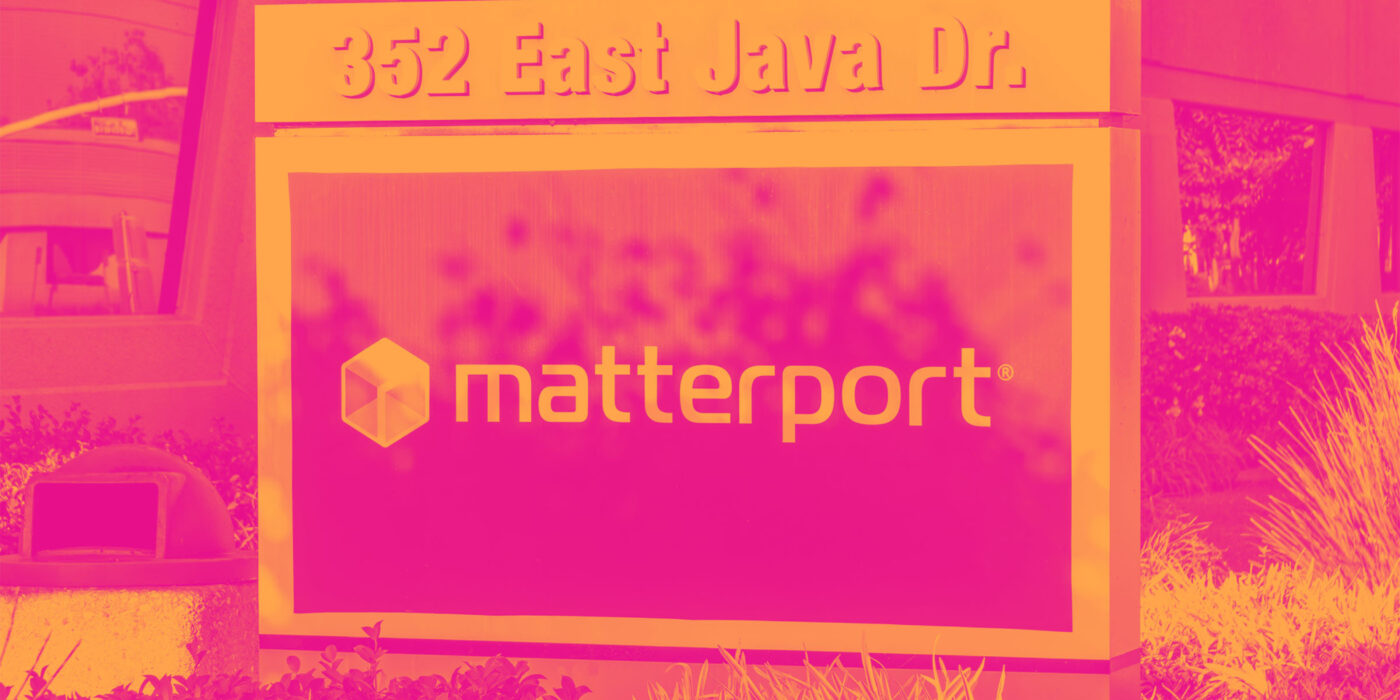 Heading into the next earnings season, we look at the numbers and key takeaways for the design software stocks in Q2, including Matterport (NASDAQ:MTTR) and its peers.

The 4 design software stocks we track reported a weaker Q2; on average, revenues missed analyst consensus estimates by 1.51%, while on average next quarter revenue guidance was 0.61% above consensus. Tech stocks have been under pressure as inflation makes their long-dated profits less valuable and design software stocks have not been spared, with share prices down 25.7% since the previous earnings results, on average.

Founded in 2011 before any mass market VR headset was released, Matterport (NASDAQ:MTTR) provides the hardware and software necessary to turn real world spaces into 3D visualization.

Matterport reported revenues of $28.4 million, down 3.47% year on year, missing analyst expectations by 6.22%. It was a mixed quarter for the company, with a very optimistic guidance for the next quarter but a revenue decline.

“We delivered another strong quarter, increasing our subscriber count by 52% to 616,000 subscribers. We expanded Spaces Under Management by 44% to over 8 million spaces,” said RJ Pittman, Chairman and Chief Executive Officer of Matterport.

Is now the time to buy Matterport? Access our full analysis of the earnings results here, it's free.

Founded in 1982 by John Walker and growing into one of the industry's behemoths, Autodesk (NASDAQ:ADSK) makes computer-aided design (CAD) software for engineering, construction, and architecture companies.

Autodesk reported revenues of $1.23 billion, up 16.7% year on year, in line with analyst expectations. It was a mixed quarter for the company, with an optimistic revenue guidance for the next quarter but a slow revenue growth.

Autodesk achieved the strongest analyst estimates beat and fastest revenue growth among its peers. The stock is down 7.99% since the results and currently trades at $197.10.

Is now the time to buy Autodesk? Access our full analysis of the earnings results here, it's free.

Unity reported revenues of $297 million, up 8.58% year on year, missing analyst expectations by 0.67%. It was a weak quarter for the company, with guidance for both the next quarter and full year missing analysts' expectations. Unity previously announced that it has entered into an agreement to merge with ironSource.

Unity had the weakest full year guidance update in the group. The company added 2 enterprise customers paying more than $100,000 annually to a total of 1,085. The stock is down 40.7% since the results and currently trades at $29.70.

One of the most well-known Silicon Valley software companies around, Adobe (NASDAQ:ADBE) is a leading provider of software as service in the digital design and document management space.

Adobe reported revenues of $4.43 billion, up 12.6% year on year, in line with analyst expectations. It was a weaker quarter for the company, with underwhelming revenue guidance for the next quarter and slow revenue growth.

Read our full, actionable report on Adobe here, it's free.