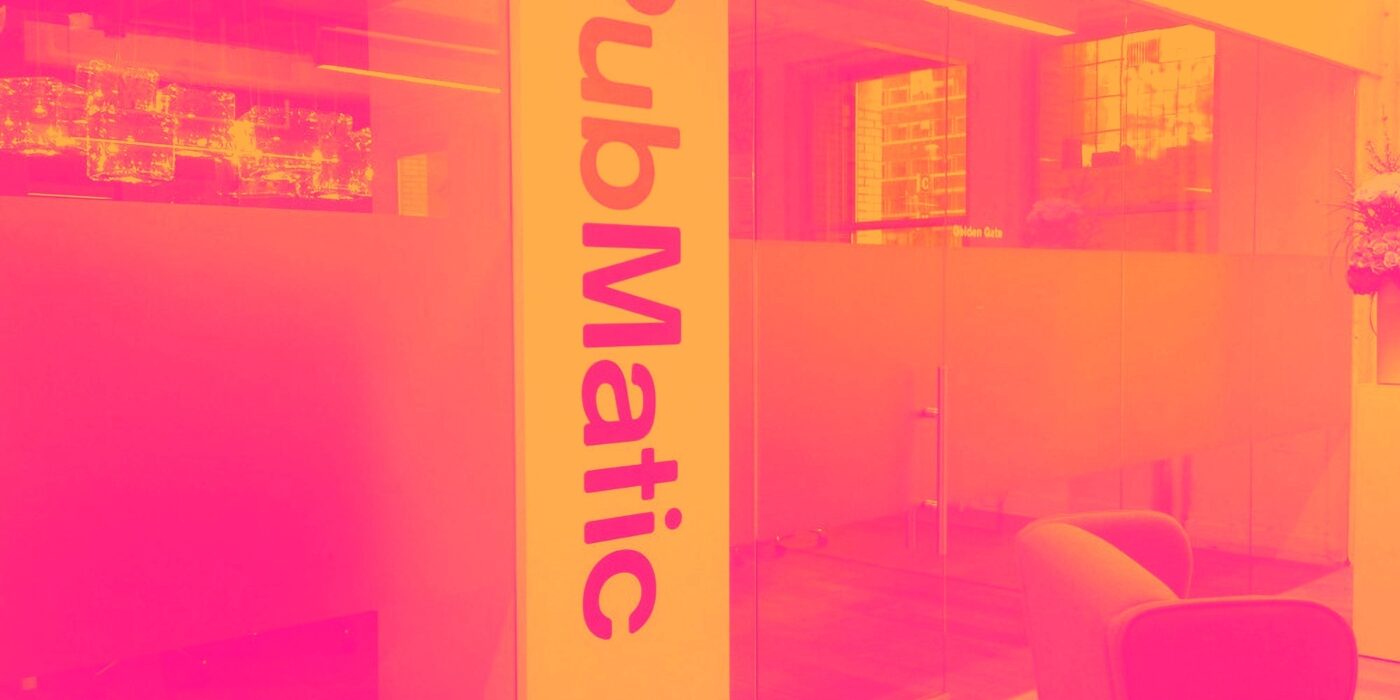 Programmatic advertising platform Pubmatic (NASDAQ: PUBM) missed analyst expectations in Q3 FY2022 quarter, with revenue up 11% year on year to $64.5 million. Guidance for the next quarter also missed analyst expectations with revenues guided to $76.5 million at the midpoint, or 18.7% below analyst estimates. PubMatic made a GAAP profit of $3.32 million, down on its profit of $13.5 million, in the same quarter last year.

“Our role in the ecosystem is only getting stronger, providing publishers with the critical tools and levers they need to control how their inventory and audiences are accessed,” said Rajeev Goel, co-founder and CEO at PubMatic.

As you can see below, PubMatic's revenue growth has been impressive over the last two years, growing from quarterly revenue of $37.7 million in Q3 FY2020, to $64.5 million. 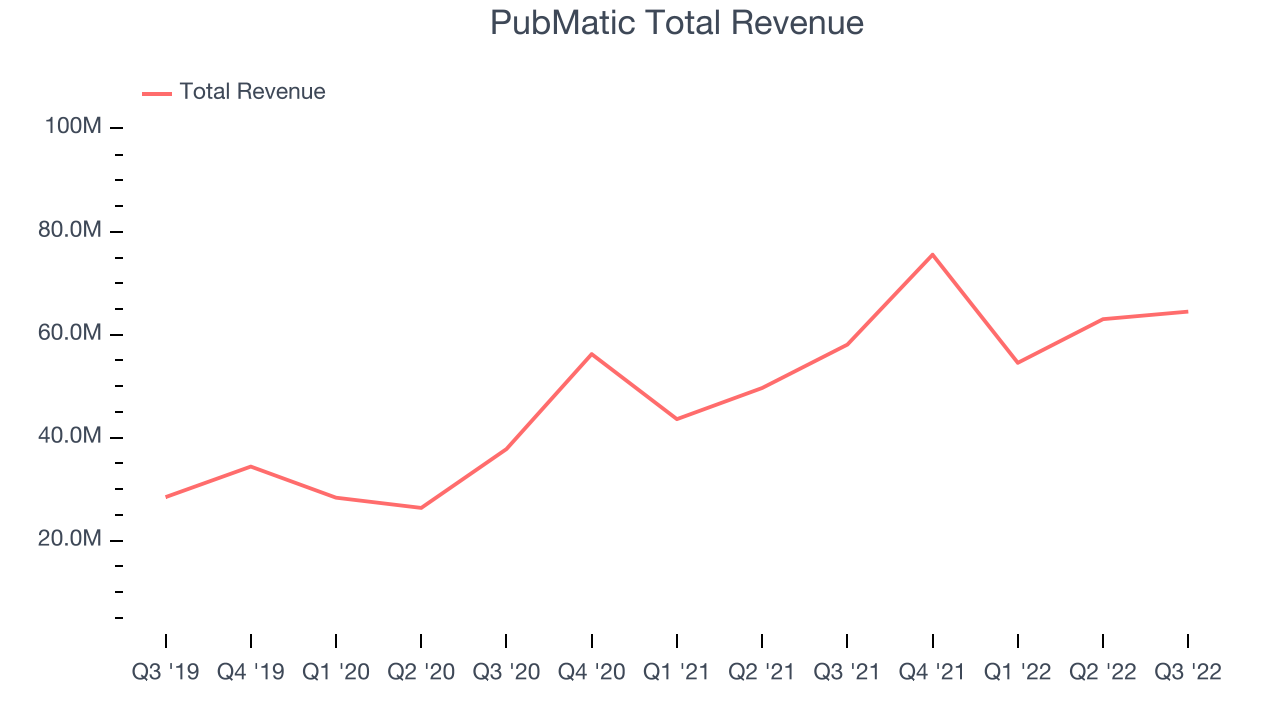 Even though PubMatic fell short of revenue estimates, its quarterly revenue growth was still up 11% year on year. But the growth did slow down compared to last quarter, as the revenue increased by just $1.46 million in Q3, compared to $8.48 million in Q2 2022. We'd like to see revenue increase by a greater amount each quarter, but a one-off fluctuation is usually not concerning.

Guidance for the next quarter indicates PubMatic is expecting revenue to grow 1.24% year on year to $76.5 million, slowing down from the 34.3% year-over-year increase in revenue the company had recorded in the same quarter last year. Ahead of the earnings results the analysts covering the company were estimating sales to grow 21.2% over the next twelve months. 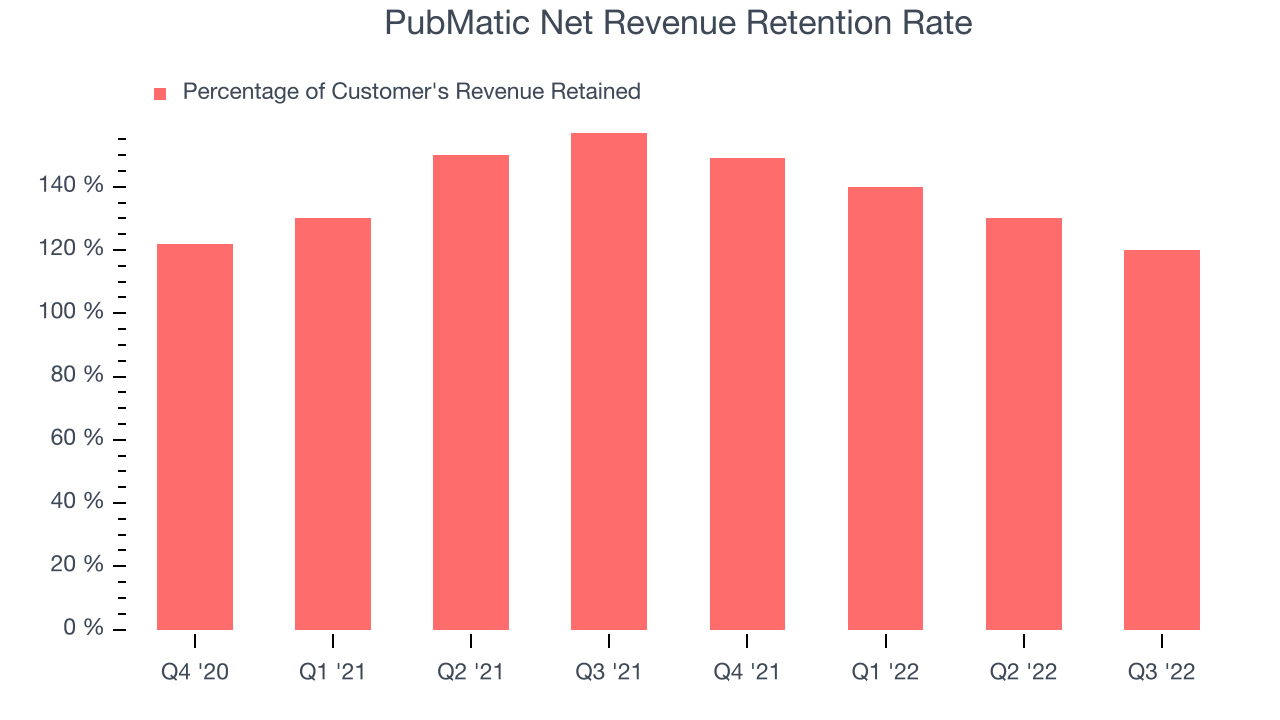 PubMatic's net revenue retention rate, an important measure of how much customers from a year ago were spending at the end of the quarter, was at 120% in Q3. That means even if they didn't win any new customers, PubMatic would have grown its revenue 20% year on year. Despite it going down over the last year this is still a good retention rate and a proof that PubMatic's customers are satisfied with their software and are getting more value from it over time. That is good to see.

With a market capitalization of $843.8 million PubMatic is among smaller companies, but its more than $166 million in cash and positive free cash flow over the last twelve months put it in a very strong position to invest in growth.

PubMatic produced positive cash flow this quarter, that is good to see in the environment. On the other hand, it was unfortunate to see that its revenue guidance missed analysts' expectations. Overall, this quarter's results were not the best we've seen from PubMatic. The company is down 6.17% on the results and currently trades at $15.2 per share.