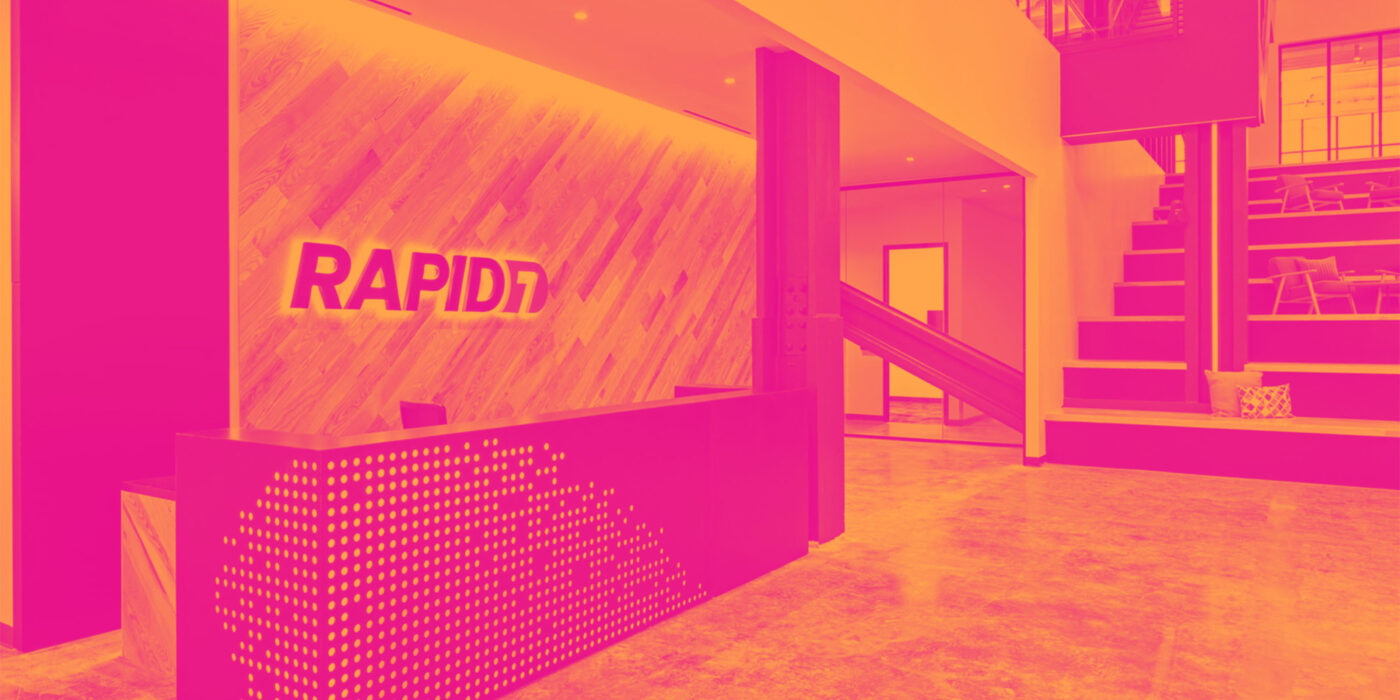 Cybersecurity software maker Rapid7 (NASDAQ:RPD) reported results ahead of analyst expectations in the Q1 FY2022 quarter, with revenue up 33.9% year on year to $157.3 million. The company expects that next quarter's revenue would be around $164 million, which is the midpoint of the guidance range. That was in roughly line with analyst expectations. Rapid7 made a GAAP loss of $44.9 million, down on its loss of $29.8 million, in the same quarter last year.

Founded in 2000 with the idea that network security comes before endpoint security, Rapid7 (NASDAQ:RPD) provides software as a service that helps companies understand where they are exposed to cyber security risks, quickly detect breaches and respond to them.

Rapid7's software scans all computers, servers and other devices on their customer’s network and finds vulnerabilities that can be exploited by malware or hackers, like computers that haven’t had patches installed. It then automatically alerts responsible personnel and provides them with guidance on how to patch them, reducing average time to fix a vulnerability from days to hours.

Rapid7 also provides companies with a real-time monitoring dashboard with an overview of the activity on their network and alerts them about any suspicious activity, for example a user that has logged in from two different countries. When Rapid7 detects a successful attack it alerts the IT security personnel, scans the network to identify the size of the breach and then provides suggestions on which users should have their access revoked and which parts of the network should be quarantined.

The market is highly competitive, and Rapid7 is competing with companies like Tenable (NASDAQ:TENB), Qualys (NASDAQ:QLYS) and Crowdstrike (NASDAQ:CRWD).

As you can see below, Rapid7's revenue growth has been very strong over the last year, growing from quarterly revenue of $117.4 million, to $157.3 million. 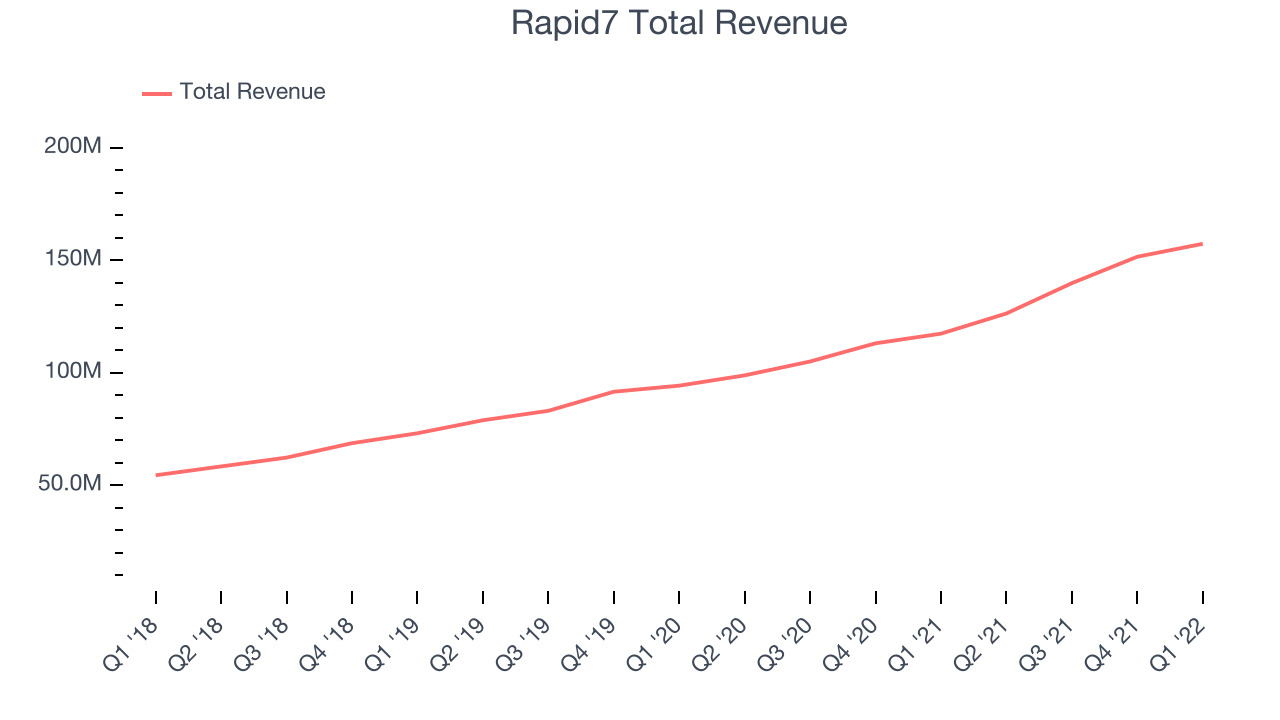 Guidance for the next quarter indicates Rapid7 is expecting revenue to grow 29.7% year on year to $164 million, in line with the 27.8% year-over-year increase in revenue the company had recorded in the same quarter last year. Ahead of the earnings results the analysts covering the company were estimating sales to grow 25.7% over the next twelve months.

You can see below that Rapid7 reported 10,407 customers at the end of the quarter, an increase of 124 on last quarter. That is a little slower customer growth than last quarter but still in line with what we are used to seeing lately, suggesting that the company still has decent sales momentum. Rapid7 updated its customer count methodology in Q1 2021, which is the reason for the related drop in the number of customers. 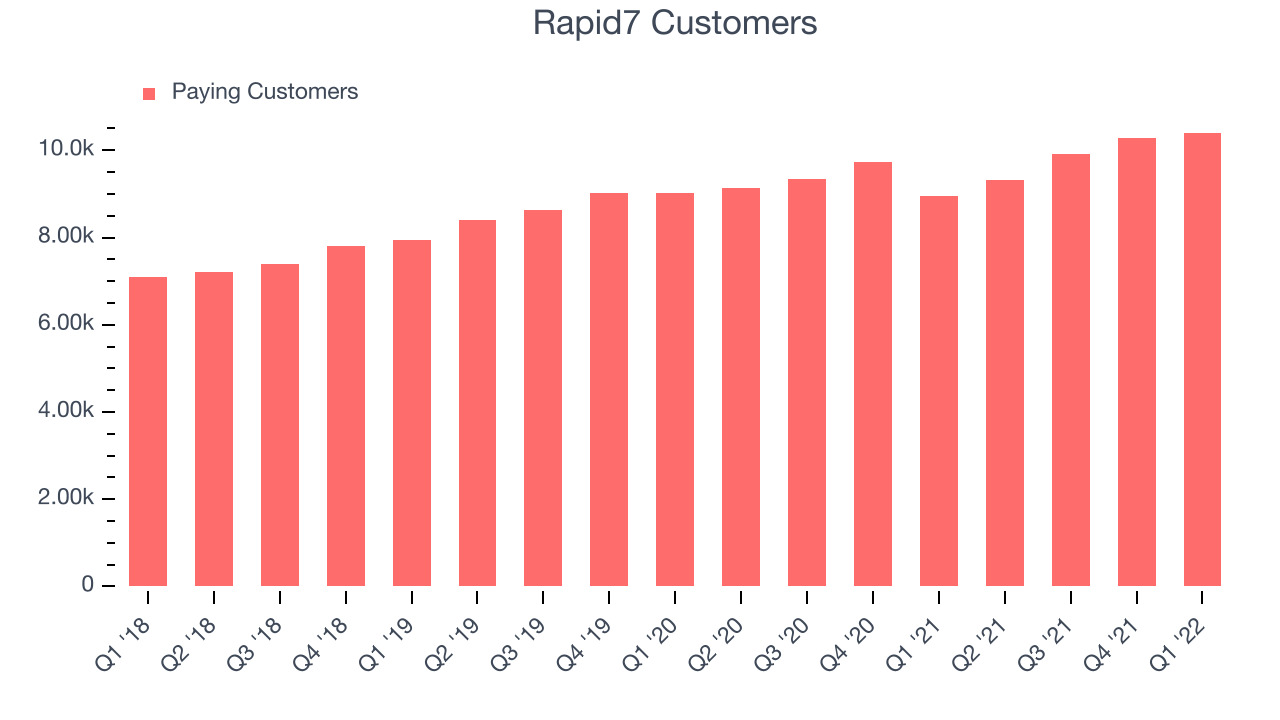 What makes the software as a service business so attractive is that once the software is developed, it typically shouldn't cost much to provide it as an ongoing service to customers. Rapid7's gross profit margin, an important metric measuring how much money there is left after paying for servers, licenses, technical support and other necessary running expenses was at 67.4% in Q1. 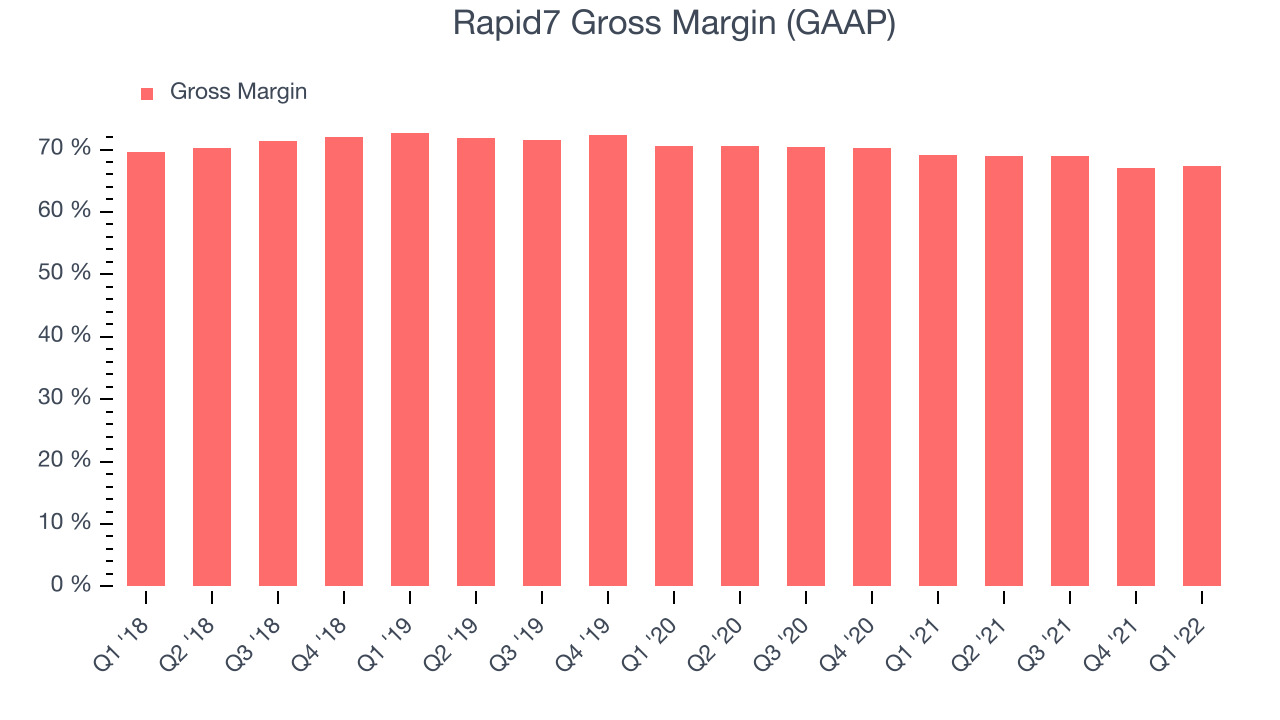 That means that for every $1 in revenue the company had $0.67 left to spend on developing new products, marketing & sales and the general administrative overhead. This would be considered a low gross margin for a SaaS company and we would like to see it start improving.

If you follow StockStory for a while, you know that we put an emphasis on cash flow. Why, you ask? We believe that in the end cash is king, as you can't use accounting profits to pay the bills. Rapid7's free cash flow came in at $3.82 million in Q1, down 78.5% year on year. 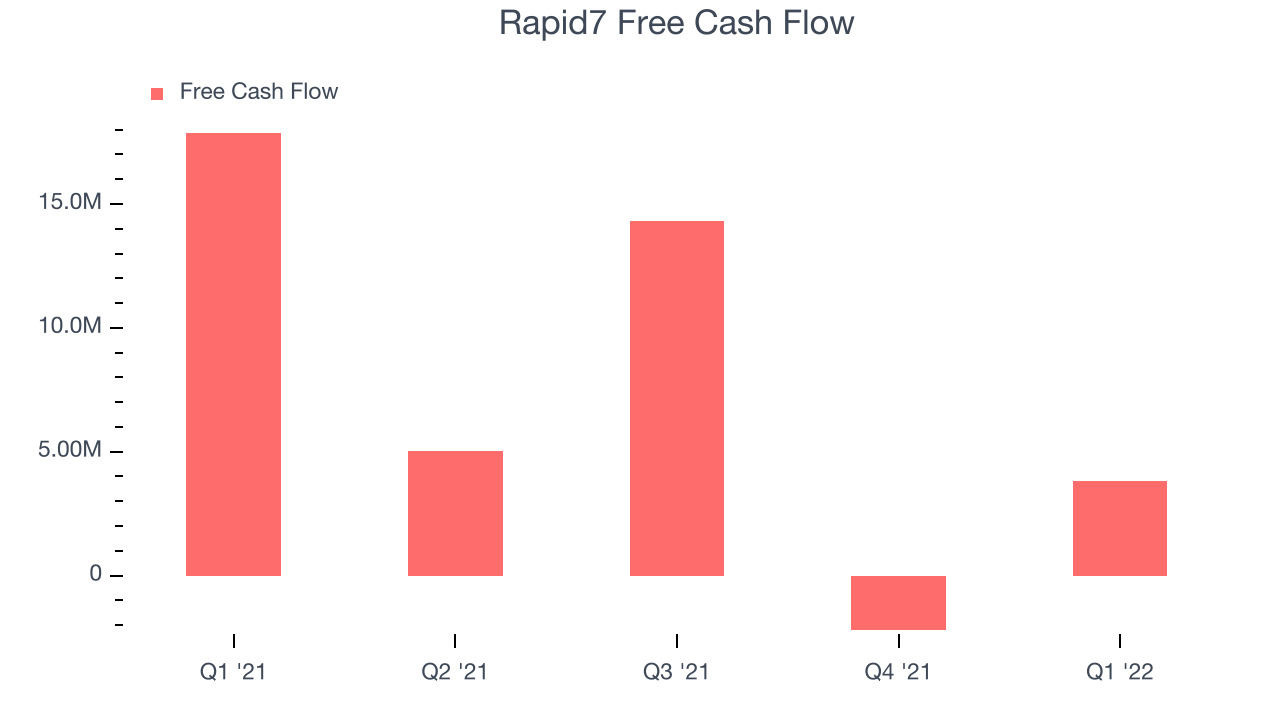 Rapid7 has generated $21 million in free cash flow over the last twelve months, a decent 3.65% of revenues. This FCF margin is a result of Rapid7 asset lite business model, and provides it with optionality and decent amount of cash to invest in the business.

With a market capitalization of $5.5 billion Rapid7 is among smaller companies, but its more than $234.5 million in cash and positive free cash flow over the last twelve months put it in a very strong position to invest in growth.

It was good to see Rapid7 deliver strong revenue growth this quarter. And we were also excited to see that it outperformed analysts' revenue expectations. On the other hand, it was unfortunate to see the slowdown in customer growth. Overall, it seems to us that this was an ok quarter for Rapid7. The company currently trades at $64.1 per share.

When considering Rapid7, investors should take into account its valuation and business qualities, as well as what happened in the latest quarter. Although Rapid7 is not a bad business, it probably wouldn't be one of our picks. Its revenue growth has been strong. But while its ability to generate free cash flow avoids a dependency on capital markets, unfortunately its gross margins show its business model is much less lucrative than the best software businesses.

Rapid7's price to sales ratio based on the next twelve months is 7.6x, suggesting that the market has lower expectations of the business, relative to the high growth tech stocks. We don't really see a big opportunity in the stock at the moment, but in the end beauty is in the eye of the beholder. And if you like the company, it seems that Rapid7 doesn't trade at a completely unreasonable price point.