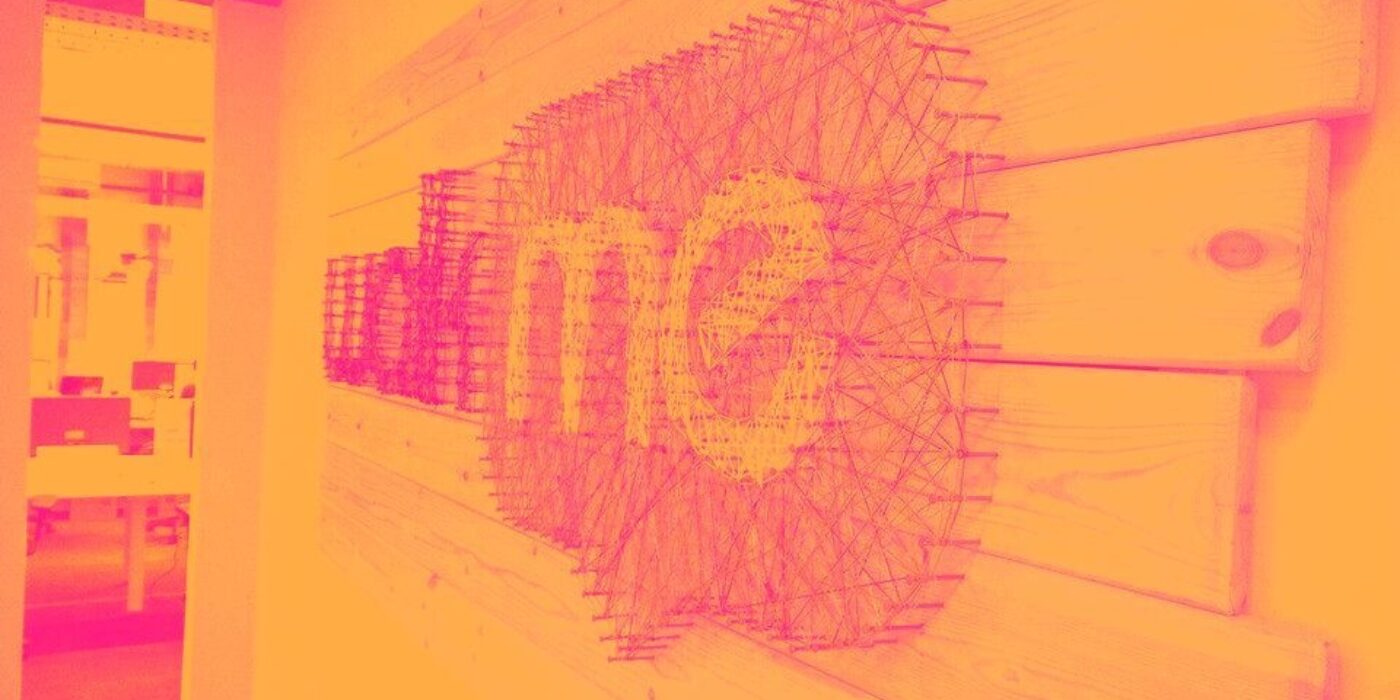 User support software provider WalkMe (NASDAQ: WKME) announced better-than-expected results in the Q1 FY2022 quarter, with revenue up 33.2% year on year to $56.8 million. However, guidance for the next quarter was less impressive, coming in at $59.5 million at the midpoint, being 2.85% below analyst estimates. WalkMe made a GAAP loss of $29.7 million, down on its loss of $13.4 million, in the same quarter last year.

Is now the time to buy WalkMe? Access our full analysis of the earnings results here, it's free.

“In the first quarter the market trends of driving businesses forward through digital transformation continued to accelerate,” said Dan Adika, CEO of WalkMe.

Founded in Israel in 2011, WalkMe (NASDAQ:WKME) is software that teaches users how to get the most out of new applications.

As you can see below, WalkMe's revenue growth has been very strong over the last year, growing from quarterly revenue of $42.6 million, to $56.8 million. 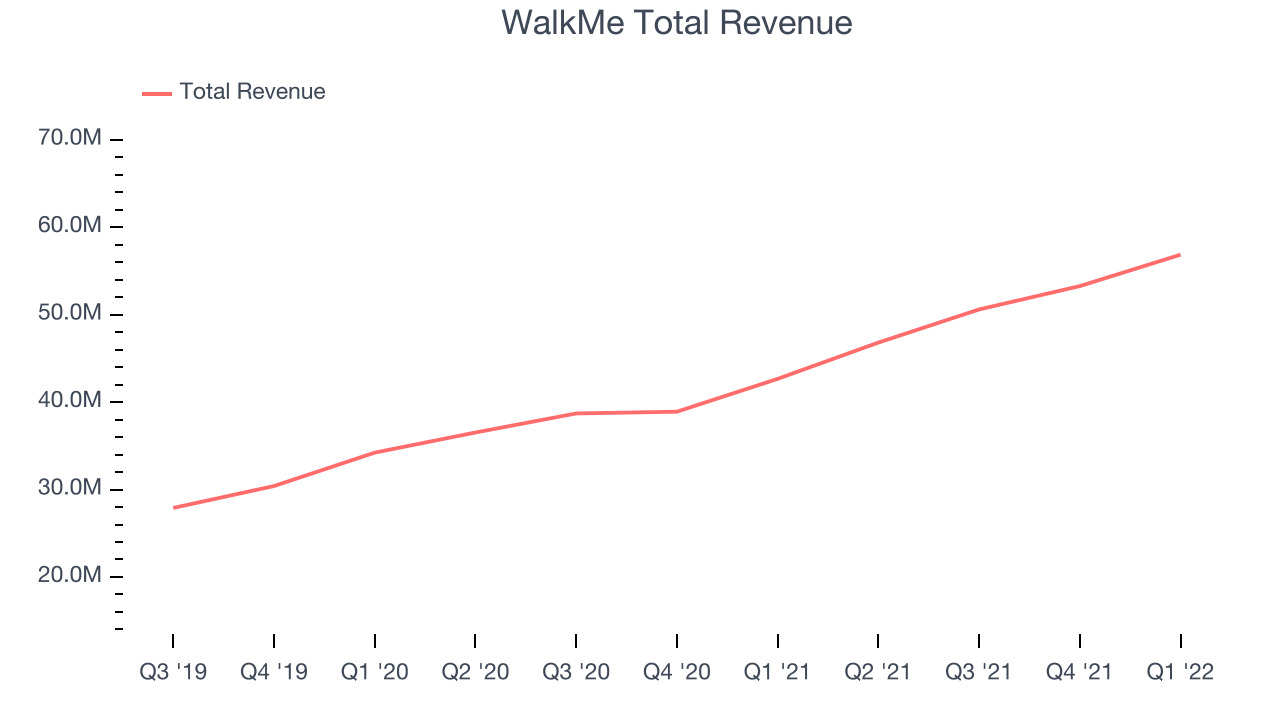 And unsurprisingly, this was another great quarter for WalkMe with revenue up 33.2% year on year. On top of that, revenue increased $3.59 million quarter on quarter, a very strong improvement on the $2.66 million increase in Q4 2021, and a sign of acceleration of growth.

Guidance for the next quarter indicates WalkMe is expecting revenue to grow 27.1% year on year to $59.5 million, in line with the 28.1% year-over-year increase in revenue the company had recorded in the same quarter last year. Ahead of the earnings results the analysts covering the company were estimating sales to grow 30.3% over the next twelve months.

What makes the software as a service business so attractive is that once the software is developed, it typically shouldn't cost much to provide it as an ongoing service to customers. WalkMe's gross profit margin, an important metric measuring how much money there is left after paying for servers, licenses, technical support and other necessary running expenses was at 75.7% in Q1. 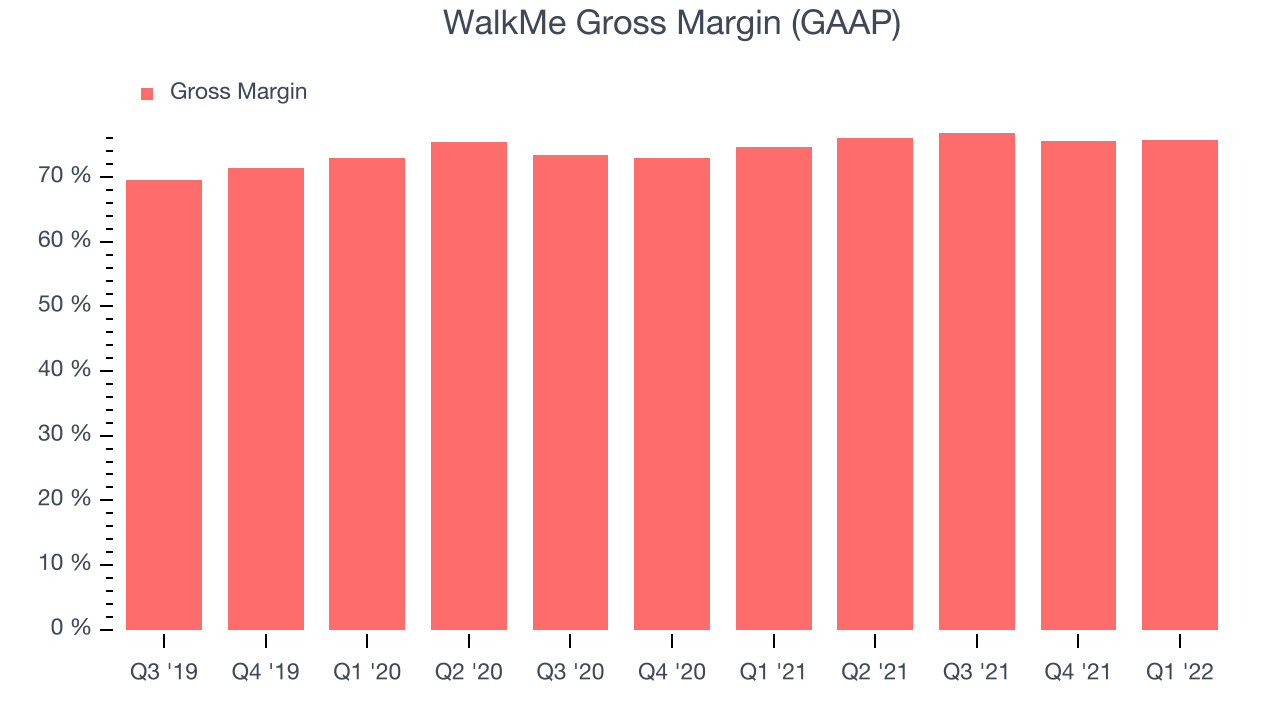 That means that for every $1 in revenue the company had $0.75 left to spend on developing new products, marketing & sales and the general administrative overhead. This is a good gross margin that allows companies like WalkMe to fund large investments in product and sales during periods of rapid growth and be profitable when they reach maturity. It is good to see that the gross margin is staying stable which indicates that WalkMe is doing a good job controlling costs and is not under pressure from competition to lower prices.

Since it has still been burning cash over the last twelve months it is worth keeping an eye on WalkMe’s balance sheet, but we note that with a market capitalization of $1.12 billion and more than $326.8 million in cash, the company has the capacity to continue to prioritise growth over profitability.

It was good to see WalkMe deliver strong revenue growth this quarter. And we were also happy to see it topped analysts’ revenue expectations, even if just narrowly. On the other hand, it was unfortunate to see that the revenue guidance for the next quarter missed analysts' expectations. Overall, it seems to us that this was a complicated quarter for WalkMe. The company is down 3.84% on the results and currently trades at $11.75 per share.

WalkMe may have had a tough quarter, but does that actually create an opportunity to invest right now? It is important that you take into account its valuation and business qualities, as well as what happened in the latest quarter. We look at that in our actionable report which you can read here, it's free.