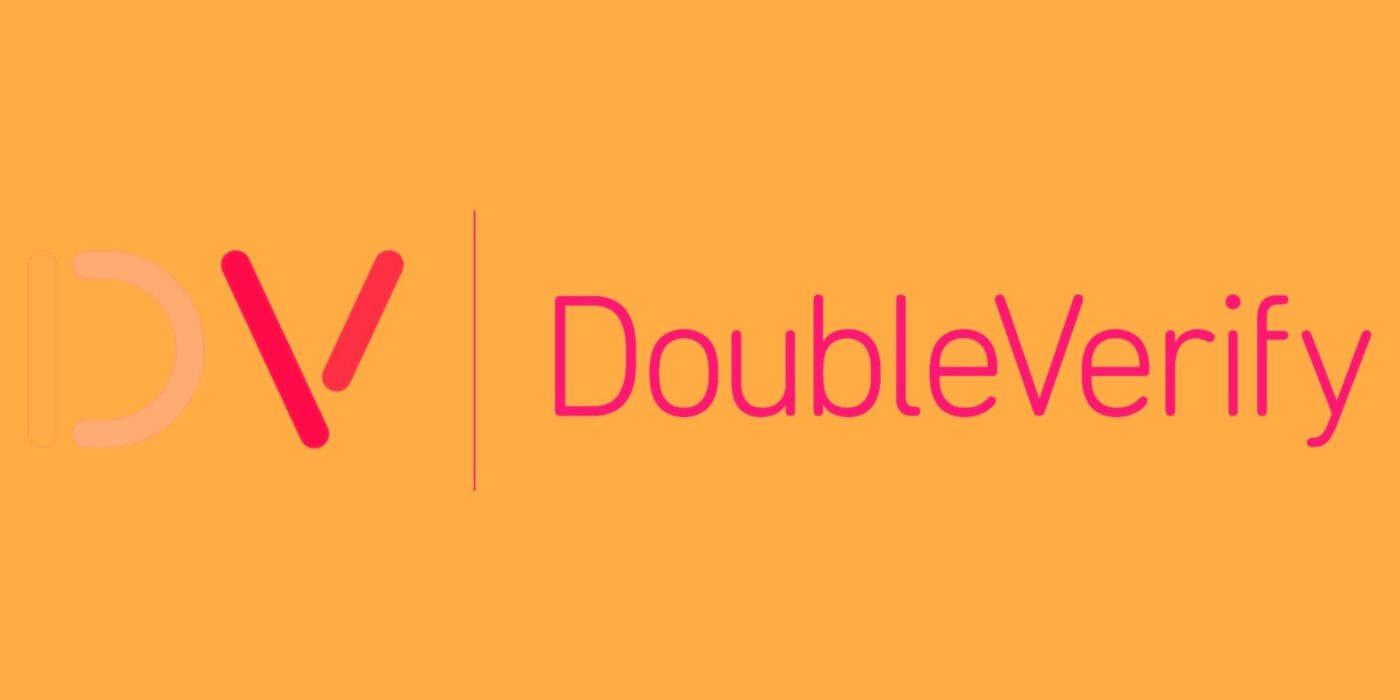 Digital media measurement and analytics provider DoubleVerify (NYSE:DV) reported Q1 FY2022 results beating Wall St's expectations, with revenue up 43.1% year on year to $96.7 million. On top of that, guidance for next quarter's revenue was surprisingly good, being $102 million at the midpoint, 3.01% above what analysts were expecting. DoubleVerify made a GAAP profit of $4.57 million, down on its profit of $5.64 million, in the same quarter last year.

When Oren Netzer saw a digital ad for US-based Target while sitting in his Tel Aviv apartment, he knew there was an unsolved problem, so he started DoubleVerify (NYSE: DV), a provider of advertising solutions to businesses that helps with ad verification, fraud prevention, and brand safety.

The advertising industry continues to shift from traditional mediums to an expanding array of digital channels and platforms. Digital advertisers have historically relied on inconsistent, self-reported data from a large number of publishers, social media platforms and programmatic ad servers to understand how and where their ad budgets are being spent. The need to understand where ads are being served has accelerated in recent years as more and more objectionable content and ad fraud have found their way into the online advertising ecosystem.

DoubleVerify’s solution is an independent third party measurement provider which big brands can use to track and optimize the performance of their digital advertising dollars. The company’s DV Authentic Ad metric measures whether a digital ad is displayed in a fraud-free, brand-safe environment and is fully viewable in the intended geography. DoubleVerify’s customers can use this metric in real time, allowing advertisers to use the data to improve the efficiency of their advertising campaigns. Central to DoubleVerify’s competitive advantage is its integration across all the major platforms across the entire digital advertising ecosystem, and platforms from social, video, mobile in-app and connected TVs.

DoubleVerify’s competitors include large vendors such as Adobe (NASDAQ:ADBE), and Salesforce.com (NYSE:CRM), along with Oracle’s Moat and Grapeshot (NYSE:ORCL), and Integral Ad Science (NASDAQ:IAS). Smaller private companies that compete directly include White Ops and OpenSlate.

As you can see below, DoubleVerify's revenue growth has been very strong over the last year, growing from quarterly revenue of $67.5 million, to $96.7 million. 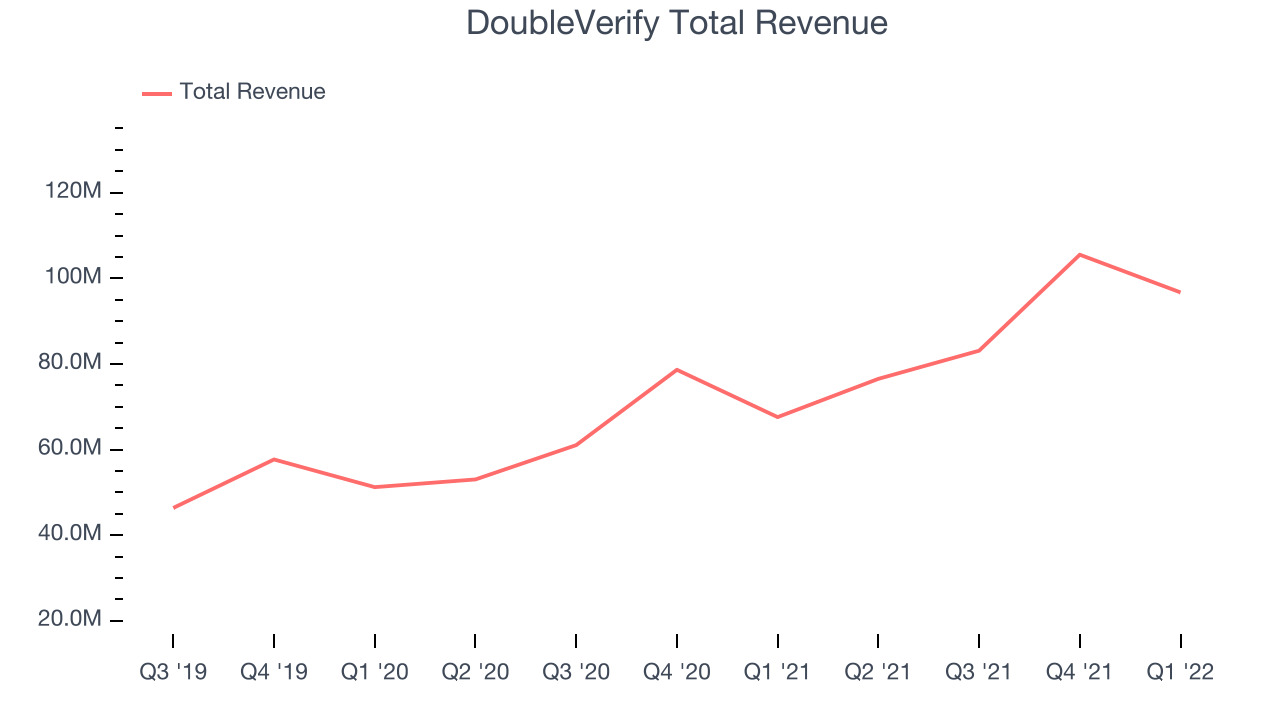 And unsurprisingly, this was another great quarter for DoubleVerify with revenue up 43.1% year on year. But the revenue actually decreased by $8.81 million in Q1, compared to $22.4 million increase in Q4 2021. However, DoubleVerify's sales do seem to have a seasonal pattern to them, and since management is guiding for revenue to rebound in the coming quarter we wouldn't be too concerned.

Guidance for the next quarter indicates DoubleVerify is expecting revenue to grow 33.2% year on year to $102 million, slowing down from the 44.3% year-over-year increase in revenue the company had recorded in the same quarter last year. Ahead of the earnings results the analysts covering the company were estimating sales to grow 26.4% over the next twelve months.

What makes the software as a service business so attractive is that once the software is developed, it typically shouldn't cost much to provide it as an ongoing service to customers. DoubleVerify's gross profit margin, an important metric measuring how much money there is left after paying for servers, licenses, technical support and other necessary running expenses was at 82.5% in Q1. 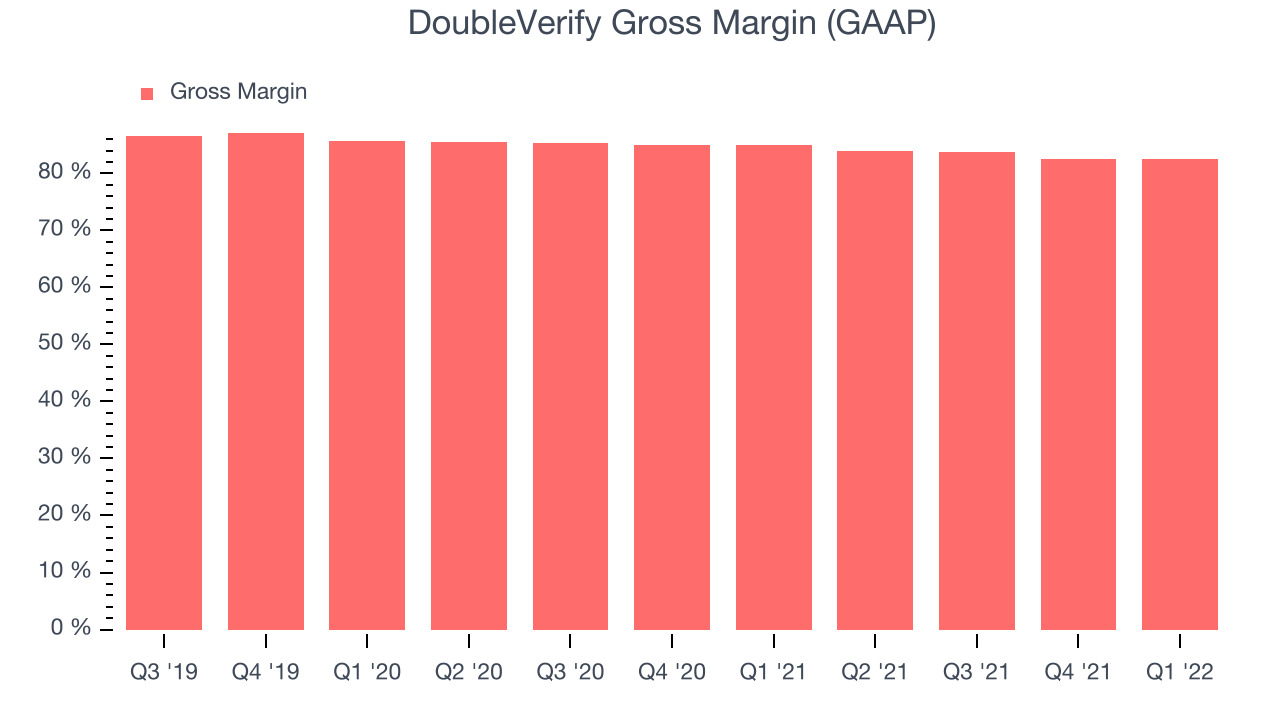 That means that for every $1 in revenue the company had $0.82 left to spend on developing new products, marketing & sales and the general administrative overhead. Despite it going down over the last year, this is still a great gross margin, that allows companies like DoubleVerify to fund large investments in product and sales during periods of rapid growth and be profitable when they reach maturity.

If you follow StockStory for a while, you know that we put an emphasis on cash flow. Why, you ask? We believe that in the end cash is king, as you can't use accounting profits to pay the bills. DoubleVerify burned through $7 million in Q1, with cash flow turning negative year on year. 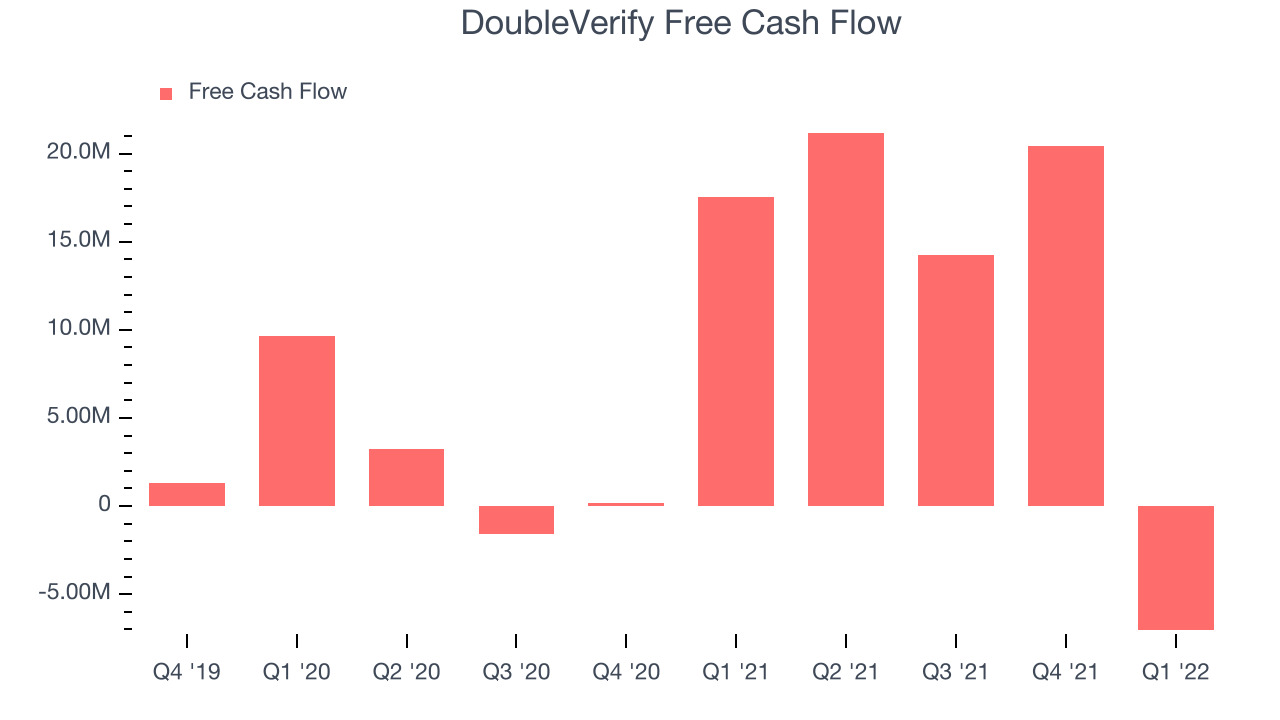 DoubleVerify has generated $48.7 million in free cash flow over the last twelve months, a solid 13.4% of revenues. This strong FCF margin is a result of DoubleVerify asset lite business model and provides it plenty of cash to invest in the business.

With a market capitalization of $3.13 billion DoubleVerify is among smaller companies, but its more than $211.6 million in cash and positive free cash flow over the last twelve months give us confidence that DoubleVerify has the resources it needs to pursue a high growth business strategy.

We were impressed by the exceptional revenue growth DoubleVerify delivered this quarter. And we were also excited to see that it outperformed Wall St’s revenue expectations. Zooming out, we think this impressive quarter should have shareholders feeling very positive. The company is flat on the results and currently trades at $18.28 per share.

When considering DoubleVerify, investors should take into account its valuation and business qualities, as well as what happened in the latest quarter. There are a number of reasons why we think DoubleVerify is a great business. While we would expect growth rates to moderate from here, its revenue growth has been strong, over the last two years. On top of that, its impressive gross margins are indicative of excellent business economics, and its very efficient customer acquisition hints at the potential for strong profitability.

DoubleVerify's price to sales ratio based on the next twelve months is 6.8x, suggesting that the market is expecting more steady growth, relative to the hottest tech stocks. Looking at the tech landscape today, DoubleVerify's qualities really stand out. We'd argue more mature tech businesses are sometimes underestimated because they aren't growing quite as quickly as the hottest stocks, and we really like the stock at this price.

The Wall St analysts covering the company had a one year price target of $34.6 per share right before these results, implying that they saw upside in buying DoubleVerify even in the short term.