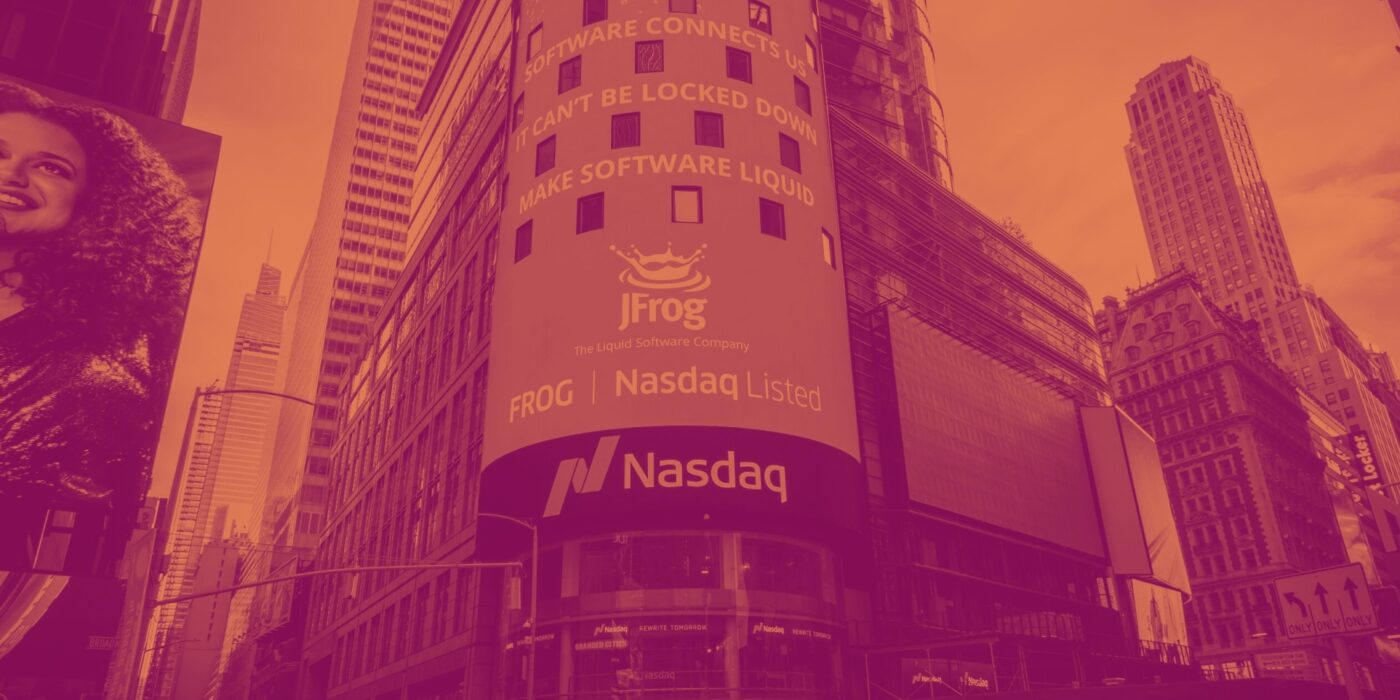 Software development tools maker JFrog (NASDAQ:FROG) reported results in line with analyst expectations in Q1 FY2021 quarter, with revenue up 37.3% year on year to $45 million. JFrog made a GAAP loss of $7.89 million, down on it's loss of $2.12 million, in the same quarter last year.

Get access to the fastest analysis of earnings results on the market. Get investing superpowers with StockStory. Signup here for early access.

“Our strong first quarter results are setting a solid tone for the year, with 37% revenue growth, 130% net dollar retention rate for the trailing four quarters, and increasing net new customer additions,” said Shlomi Ben Haim, CEO of JFrog. “In Q1, we took a significant leap forward in product innovation, releasing capabilities around modern DevOps scalability; enhanced security, software distribution and the developer ecosystem in response to increasing demand for a full, end-to-end DevOps platform. It’s our goal to make developers the transformers in the digital era, and we’re proud to partner with them and their organizations as they continuously deliver software rapidly and securely to the edge.”

Software Is Eating The World

Founded in 2008, JFrog provides software as a service platform that makes developing and releasing software easier and faster, especially for large teams. Typically any software built these days is using a large number of reusable components that provide functionalities developers don’t want to spend time building themselves. JFrog provides a central storage that ensures that everybody on the engineering team is using the same version of the components, and automates testing, compliance review and deployment of the new code.

The volume of software produced is exploding and JFrog is in a good position to benefit from this trend, since it provides the tools that software developers use to do their jobs. The company is competing with GitHub, which is owned by Microsoft (NASDAQ:MSFT) and private companies like GitLab and Sonatype.

As you can see below, JFrog's revenue growth has been impressive over the last twelve months, growing from $32.8 million to $45 million.

And unsurprisingly, this was another great quarter for JFrog with revenue up an absolutely stunning 37.3% year on year. But the growth did slow down compared to last quarter, as the revenue increased by just $2.39 million in Q1, compared to $3.8 million in Q4 2020. A one-off fluctuation is usually not concerning, but it is worth keeping in mind.

JFrog's net revenue retention rate, an important measure of how much customers from a year ago were spending at the end of the quarter, was at 130% in Q1. That means even if they didn't win any new customers, JFrog would have grown its revenue 30% year on year. Despite the recent drop this is still a great retention rate and a clear proof of a great product. We can see that JFrog's customers are very satisfied with their software and are using it more and more over time.

With market capitalisation of $4.06 billion JFrog is among smaller companies, but its more than $605.6 million in cash and positive free cash flow over the last twelve months give us confidence that JFrog has the resources it needs to pursue a high growth business strategy.

We enjoyed seeing JFrog’s impressive revenue growth this quarter. That feature of these results really stood out as a positive. On the other hand, there was a deterioration in revenue retention rate. Zooming out, we think this was still a decent, albeit mixed, quarter. While the market has high expectations of JFrog, it has a track record of one of the best SaaS businesses out there, and after these results it still deserves a spot on your watchlist if you like software as a service growth stories.