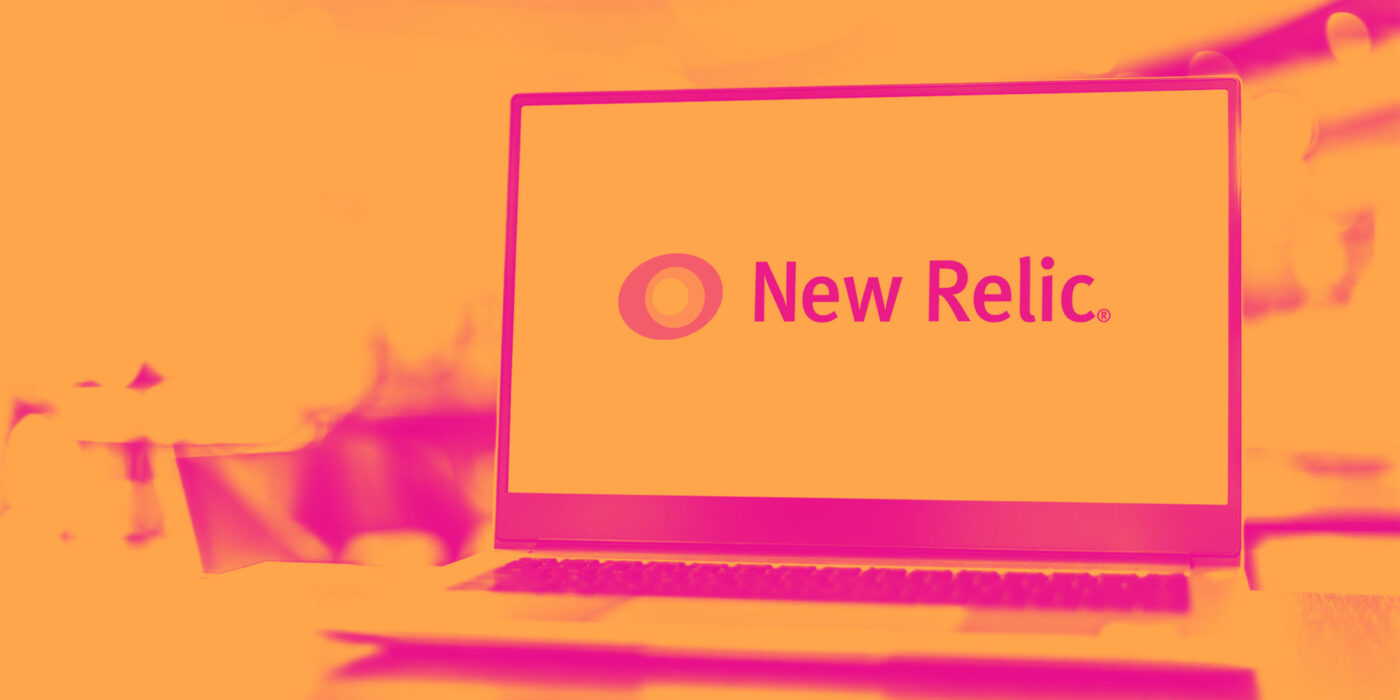 Application performance management software company New Relic (NYSE:NEWR) reported results ahead of analyst expectations in the Q3 FY2022 quarter, with revenue up 22.3% year on year to $203.5 million. The company expects that next quarter's revenue would be around $205 million, which is the midpoint of the guidance range. That was in roughly line with analyst expectations. New Relic made a GAAP loss of $53.5 million, improving on its loss of $53.9 million, in the same quarter last year.

“In our third quarter we re-accelerated revenue sequentially and year-over-year, surpassing the high end of our guidance,” said New Relic CEO Bill Staples.

As you can see below, New Relic's revenue growth has been moderate over the last year, growing from quarterly revenue of $166.3 million, to $203.5 million. 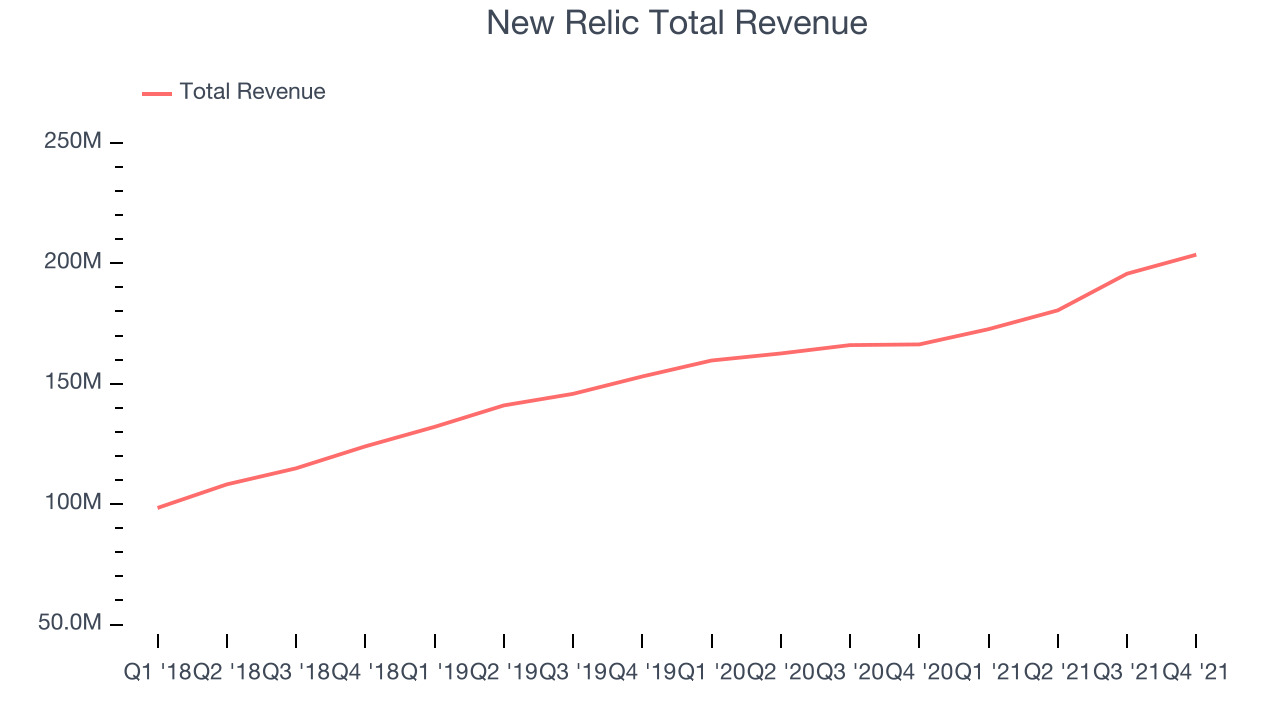 This quarter, New Relic's quarterly revenue was up a very solid 22.3% year on year, which is above average for the company. But the growth did slow down compared to last quarter, as the revenue increased by just $7.89 million in Q3, compared to $15.2 million in Q2 2022. We'd like to see revenue increase by a greater amount each quarter, but a one-off fluctuation is usually not concerning.

Guidance for the next quarter indicates New Relic is expecting revenue to grow 18.7% year on year to $205 million, improving on the 8.14% year-over-year increase in revenue the company had recorded in the same quarter last year. Ahead of the earnings results the analysts covering the company were estimating sales to grow 15.1% over the next twelve months.

There are others doing even better than New Relic. Founded by ex-Google engineers, a small company making software for banks has been growing revenue 90% year on year and is already up more than 150% since the IPO last December. You can find it on our platform for free.

You can see below that at the end of the quarter New Relic reported 1,064 enterprise customers paying more than $100,000 annually, an increase of 53 on last quarter. That is quite a bit more contract wins than last quarter and quite a bit above what we have typically seen lately, demonstrating that the business itself has good sales momentum. We've no doubt shareholders will take this as an indication that the company's go-to-market strategy is working very well. 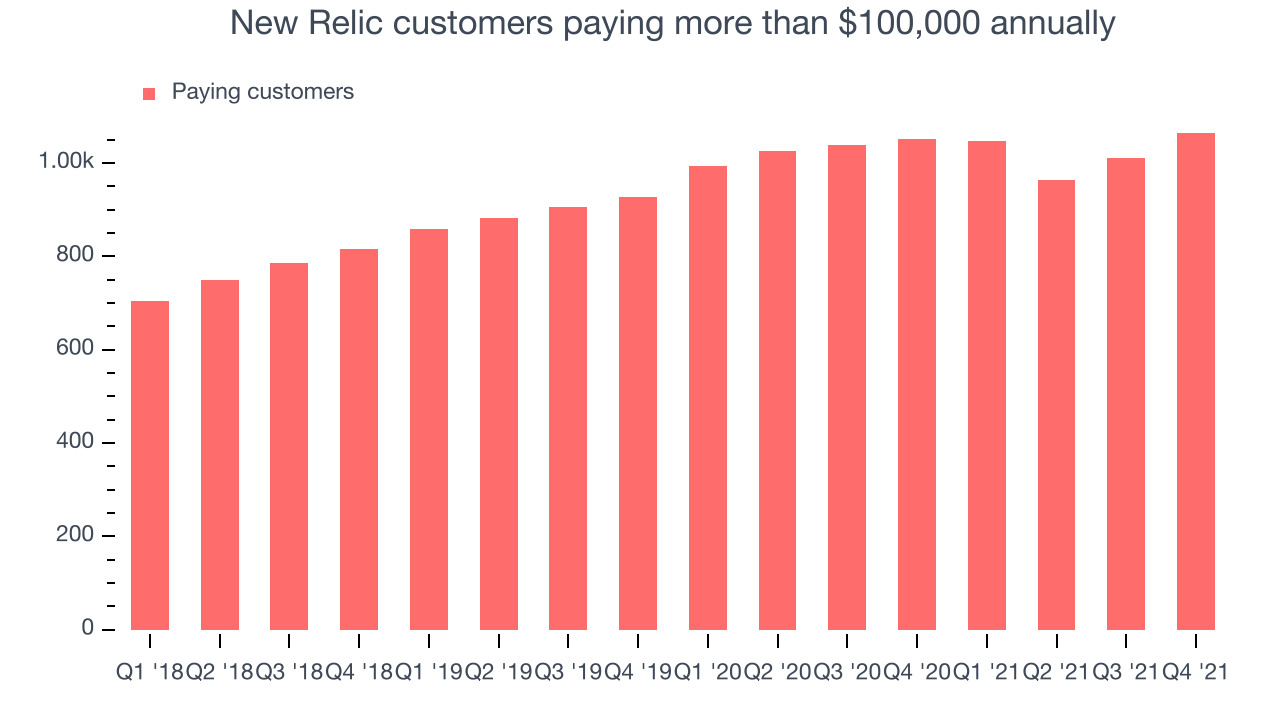 Since it has still been burning cash over the last twelve months it is worth keeping an eye on New Relic’s balance sheet, but we note that with a market capitalization of $7.02 billion and more than $779.7 million in cash, the company has the capacity to continue to prioritise growth over profitability.

We enjoyed seeing New Relic’s improve their revenue retention rate materially this quarter. And we were also happy to see it topped analysts’ revenue expectations, even if just narrowly. On the other hand, there was a deterioration in gross margin. Zooming out, we think this was still a decent, albeit mixed, quarter, showing the company is staying on target. But investors might have been expecting more and the company is down 14.8% on the results and currently trades at $92.65 per share.

Should you invest in New Relic right now? It is important that you take into account its valuation and business qualities, as well as what happened in the latest quarter. We look at that in our actionable report which you can read here, it's free.