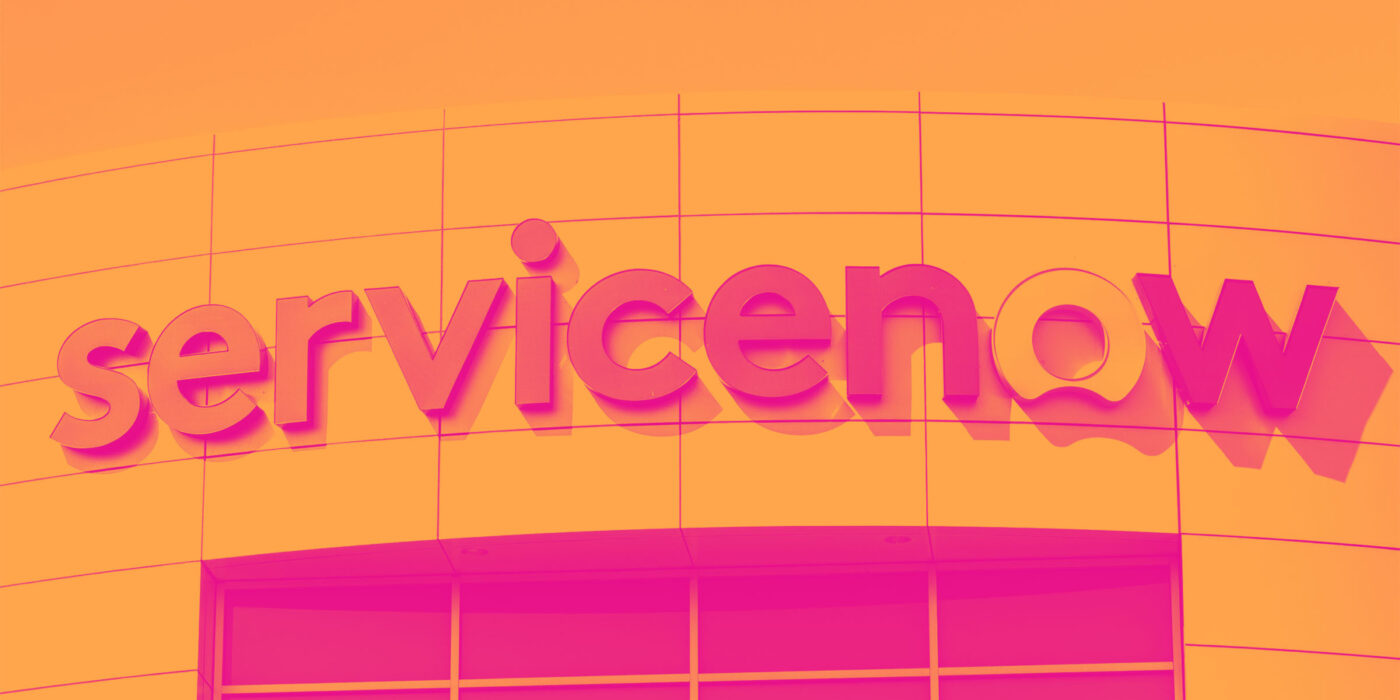 The end of an earnings season can be a great time to assess how companies are handling the current business environment and discover new stocks. Let’s have a look at how ServiceNow (NYSE:NOW) and the rest of the automation software stocks fared in Q4.

The 5 automation software stocks we track reported a mixed Q4; on average, revenues beat analyst consensus estimates by 3.42%, while on average next quarter revenue guidance was 2.08% under consensus. Tech stocks have been under pressure since the end of last year , but automation software stocks held their ground better than others, with share price down 1.89% since earnings, on average.

ServiceNow reported revenues of $1.61 billion, up 29% year on year, in line with analyst expectations. It was a solid quarter for the company, with accelerating growth in large customers and a decent top line growth.

“We once again reported results that significantly beat the high end of expectations," said ServiceNow President and CEO Bill McDermott.

ServiceNow delivered the weakest performance against analyst estimates of the whole group. The company added 93 enterprise customers paying more than $1m annually to a total of 1,359. The stock is up 4.95% since the results and currently trades at $507.40.

We think ServiceNow is a good business, but is it a buy today? Read our full report here, it's free.

Appian reported revenues of $104.9 million, up 28.6% year on year, beating analyst expectations by 10.1%. It was a very strong quarter for the company, with an impressive beat of analyst estimates and a full year guidance above analysts' expectations.

Appian scored the strongest analyst estimates beat and highest full year guidance raise, but had the slowest revenue growth among its peers. The stock is up 10.5% since the results and currently trades at $54.49.

Everbridge reported revenues of $102.8 million, up 36% year on year, in line with analyst expectations. It was a weak quarter for the company, with full year guidance missing analysts' expectations.

UiPath scored the fastest revenue growth but had the weakest full year guidance update among the peers. The stock is down 34.6% since the results and currently trades at $18.99.

Read our full, actionable report on UiPath here, it's free.