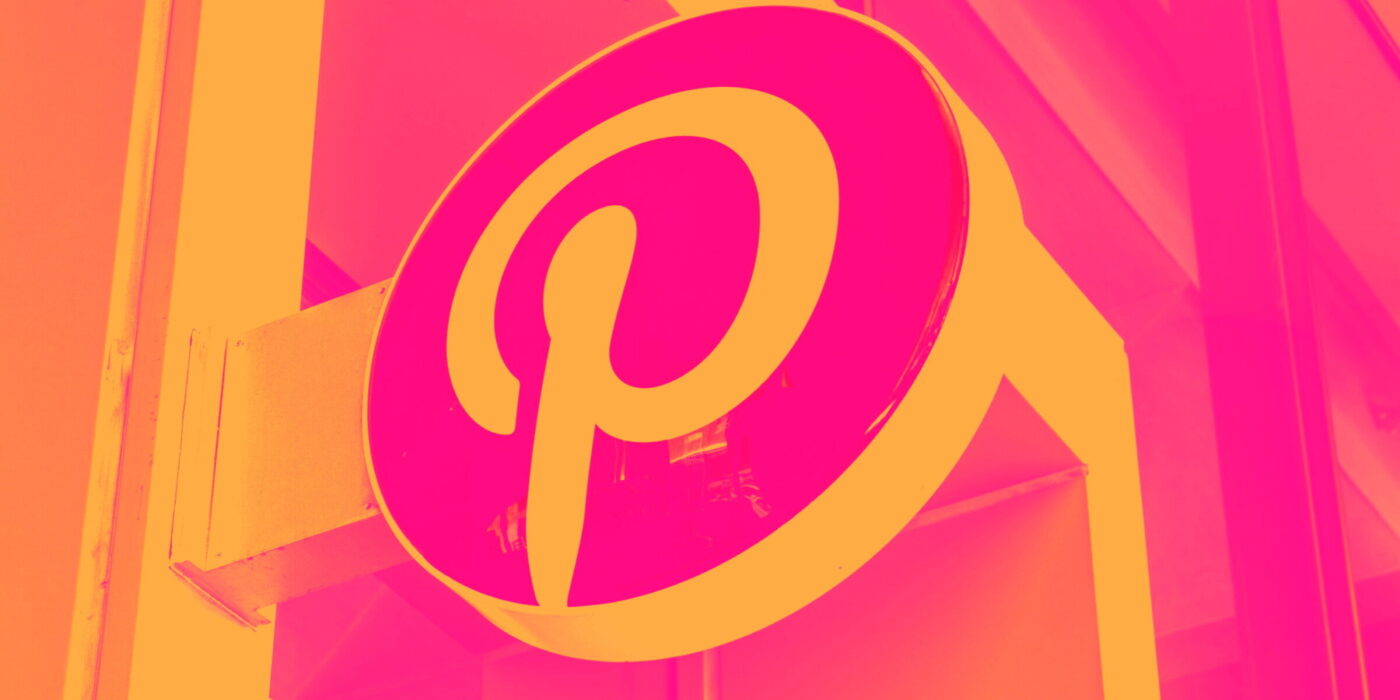 Social commerce platform Pinterest (NYSE: PINS) reported results in line with analyst expectations in Q1 FY2022 quarter, with revenue up 18.4% year on year to $574.8 million. Pinterest made a GAAP loss of $5.28 million, improving on its loss of $21.6 million, in the same quarter last year.

Is now the time to buy Pinterest? Access our full analysis of the earnings results here, it's free.

“Pinterest made good progress in Q1 executing on our long-term strategy. We continued to scale our native content and creators ecosystem, began beta testing Your Shop, our personalized shopping surface, and released our new open Pinterest API so that any developer can build applications for Pinners, creators, merchants and advertisers,” said Ben Silbermann, CEO and cofounder, Pinterest.

Pinterest's revenue growth over the last three years has been exceptional, averaging 51.1% annually. Pinterest may have benefited slightly from the initial impact of the pandemic bringing forward some sales, but growth rates have normalized since then. 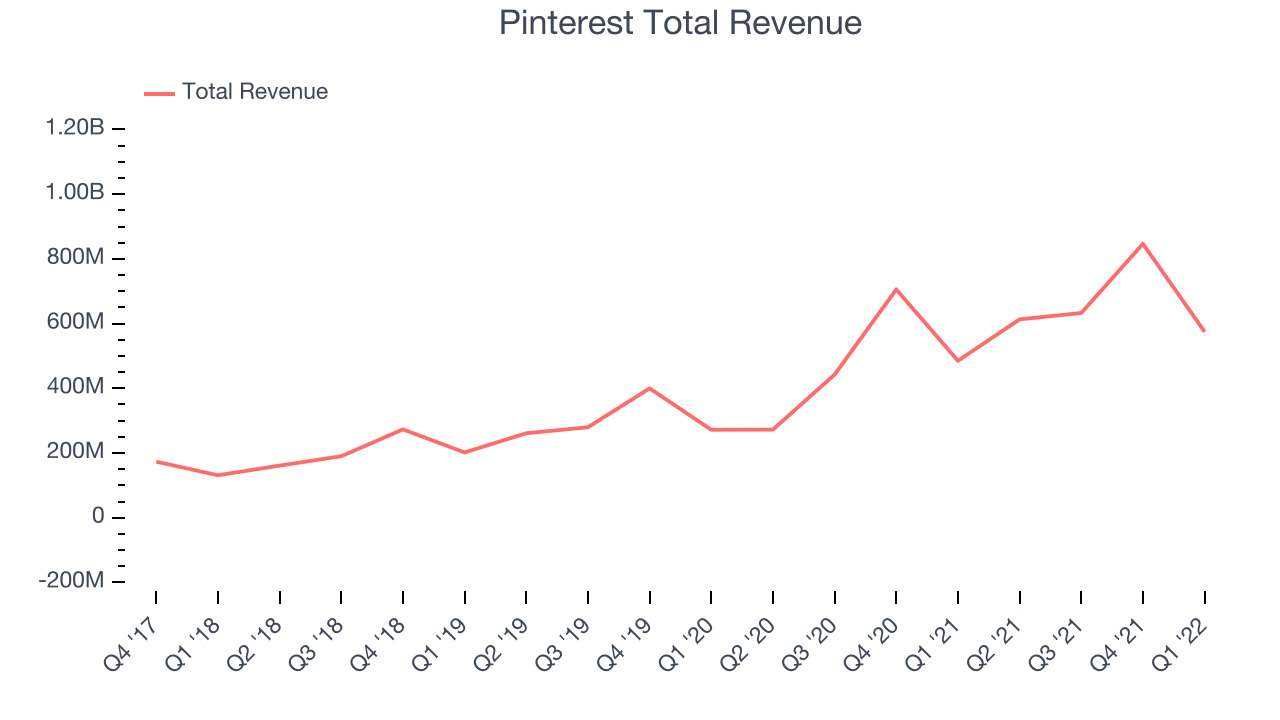 This quarter, Pinterest reported a moderate 18.4% year on year revenue growth, in line with analysts' expectations.

Ahead of the earnings results the analysts covering the company were estimating sales to grow 22.4% over the next twelve months.

There are others doing even better than Pinterest. Founded by ex-Google engineers, a small company making software for banks has been growing revenue 90% year on year and is already up more than 150% since the IPO last December. You can find it on our platform for free.

Over the last two years the number of Pinterest's monthly active users, a key usage metric for the company, grew 17.1% annually to 433 million users. This is a solid growth for a consumer internet company. 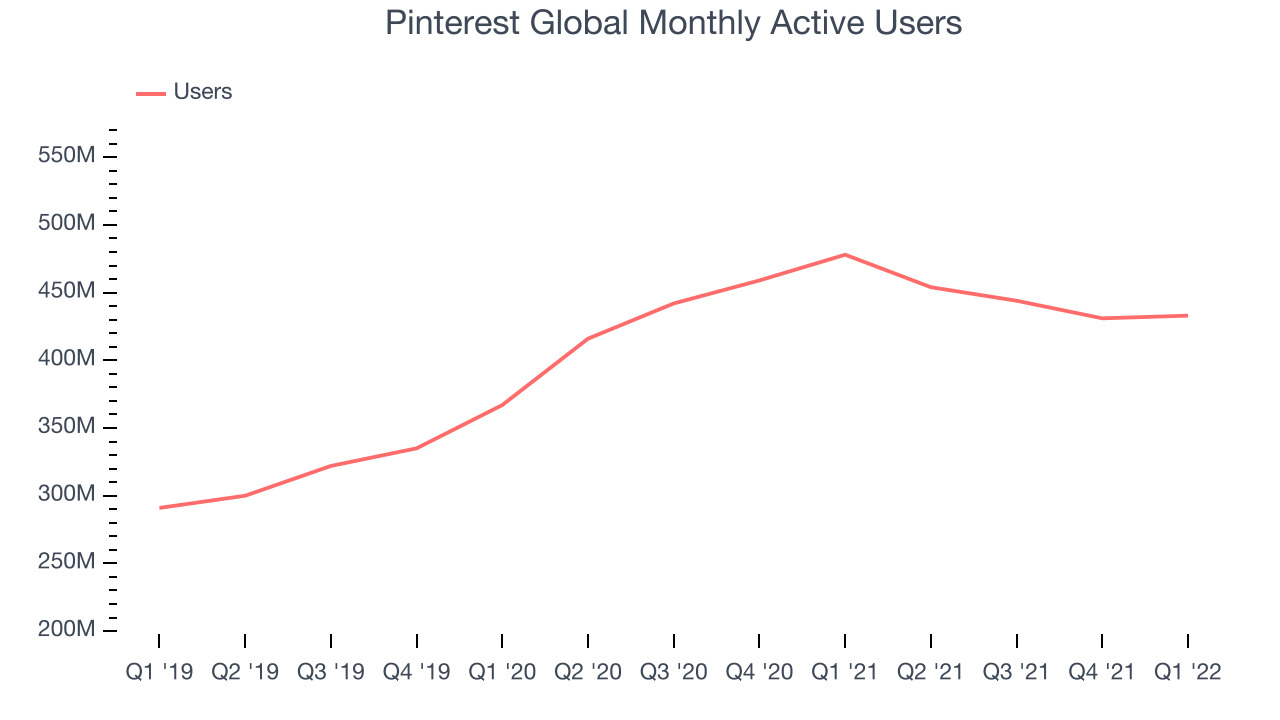 Unfortunately, in Q1 the number of monthly active users decreased by 45 million, a 9.41% drop year on year.

Sporting a market capitalization of $12.7 billion, more than $2.67 billion in cash and with positive free cash flow over the last twelve months, we're confident that Pinterest has the resources it needs to pursue a high growth business strategy.

Pinterest reported results mostly in line with expectations. On the other hand, there was a decline in number of users. Overall, this quarter's results were not the best we've seen from Pinterest. But the market seems to be relieved the company is at least staying on target and the stock is up 13.2% on the results and currently trades at $21.1 per share.

Pinterest may have had a tough quarter, but does that actually create an opportunity to invest right now? It is important that you take into account its valuation and business qualities, as well as what happened in the latest quarter. We look at that in our actionable report which you can read here, it's free.