Office and call centre communications software provider RingCentral (NYSE:RNG) announced better-than-expected results in the Q4 FY2021 quarter, with revenue up 34% year on year to $448.4 million. Guidance for next quarter's revenue was $457 million at the midpoint, which is 1.93% above the analyst consensus. RingCentral made a GAAP loss of $118.3 million, down on its loss of $1.82 million, in the same quarter last year.

Is now the time to buy RingCentral? Access our full analysis of the earnings results here, it's free.

As you can see below, RingCentral's revenue growth has been very strong over the last year, growing from quarterly revenue of $334.5 million, to $448.4 million. 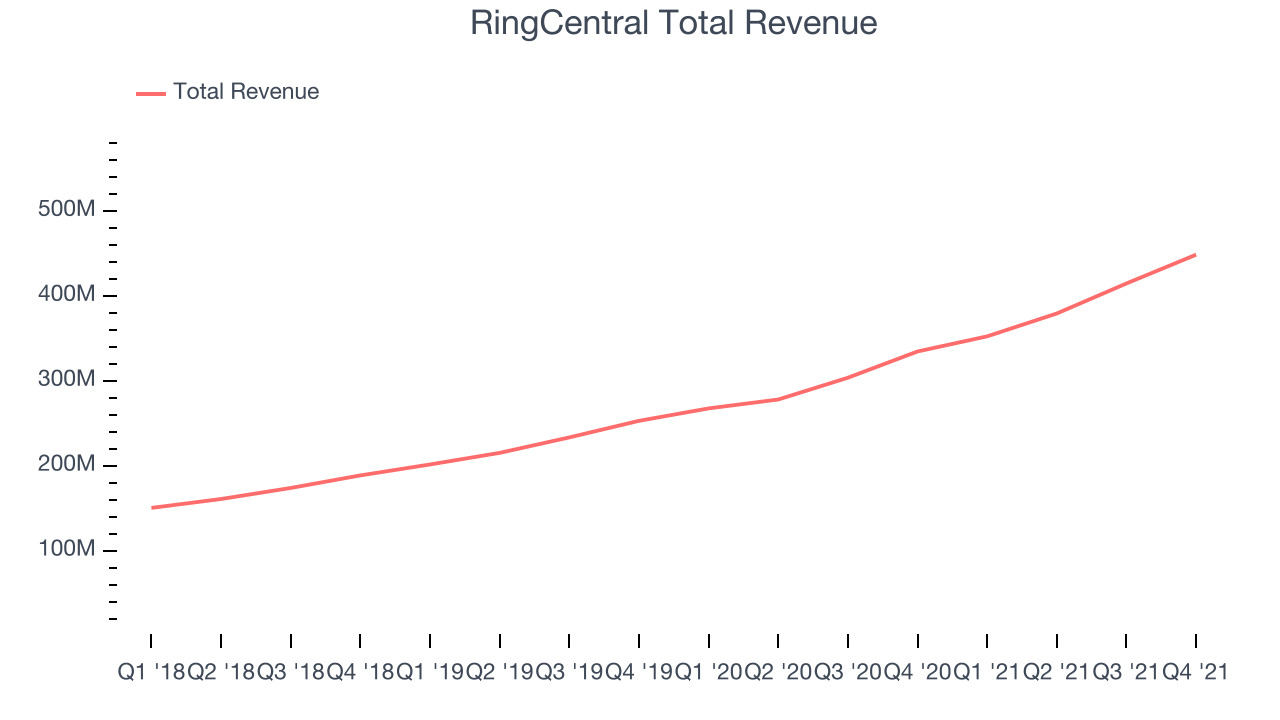 And unsurprisingly, this was another great quarter for RingCentral with revenue up 34% year on year. Quarter on quarter the revenue increased by $33.8 million in Q4, which was in line with Q3 2021. This steady quarter-on-quarter growth shows the company is able to maintain a strong growth trajectory.

Guidance for the next quarter indicates RingCentral is expecting revenue to grow 29.6% year on year to $457 million, in line with the 31.7% year-over-year increase in revenue the company had recorded in the same quarter last year. For the upcoming financial year management expects revenue to be $2 billion at the midpoint, growing 25.5% compared to 32.8% increase in FY2021.

There are others doing even better than RingCentral. Founded by ex-Google engineers, a small company making software for banks has been growing revenue 90% year on year and is already up more than 150% since the IPO last December. You can find it on our platform for free.

What makes the software as a service business so attractive is that once the software is developed, it typically shouldn't cost much to provide it as an ongoing service to customers. RingCentral's gross profit margin, an important metric measuring how much money there is left after paying for servers, licenses, technical support and other necessary running expenses was at 69.6% in Q4. 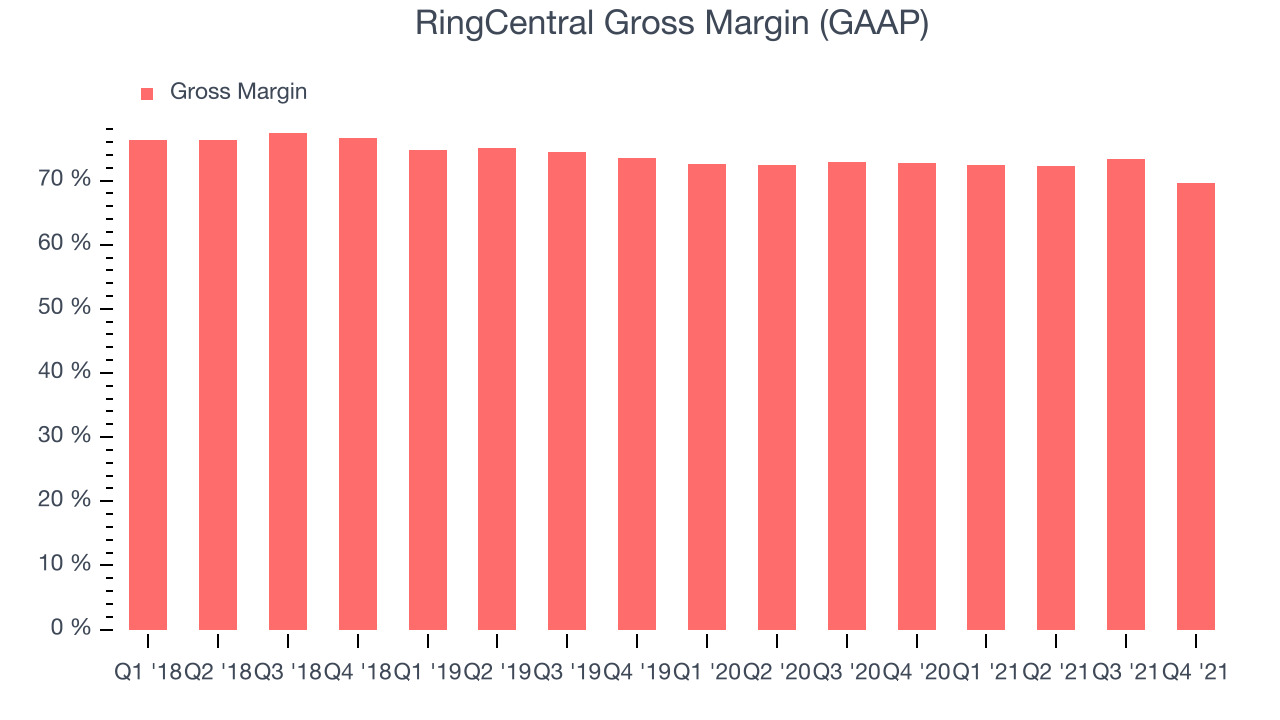 That means that for every $1 in revenue the company had $0.69 left to spend on developing new products, marketing & sales and the general administrative overhead. This would be considered a low gross margin for a SaaS company and it has been going down over the last year, which is probably the opposite direction shareholders would like to see it go.

Sporting a market capitalization of $13.7 billion, more than $267.1 million in cash and with positive free cash flow over the last twelve months, we're confident that RingCentral has the resources it needs to pursue a high growth business strategy.

It was good to see RingCentral deliver strong revenue growth this quarter. And we were also glad that the revenue guidance for the next quarter exceeded analysts' expectations. On the other hand, it was less good to see the pretty significant deterioration in gross margin and the revenue guidance for next year indicated the growth will be slowing down. Zooming out, we think this was still a decent, albeit mixed, quarter, showing the company is staying on target. The company is flat on the results and currently trades at $148.11 per share.

Should you invest in RingCentral right now? It is important that you take into account its valuation and business qualities, as well as what happened in the latest quarter. We look at that in our actionable report which you can read here, it's free.