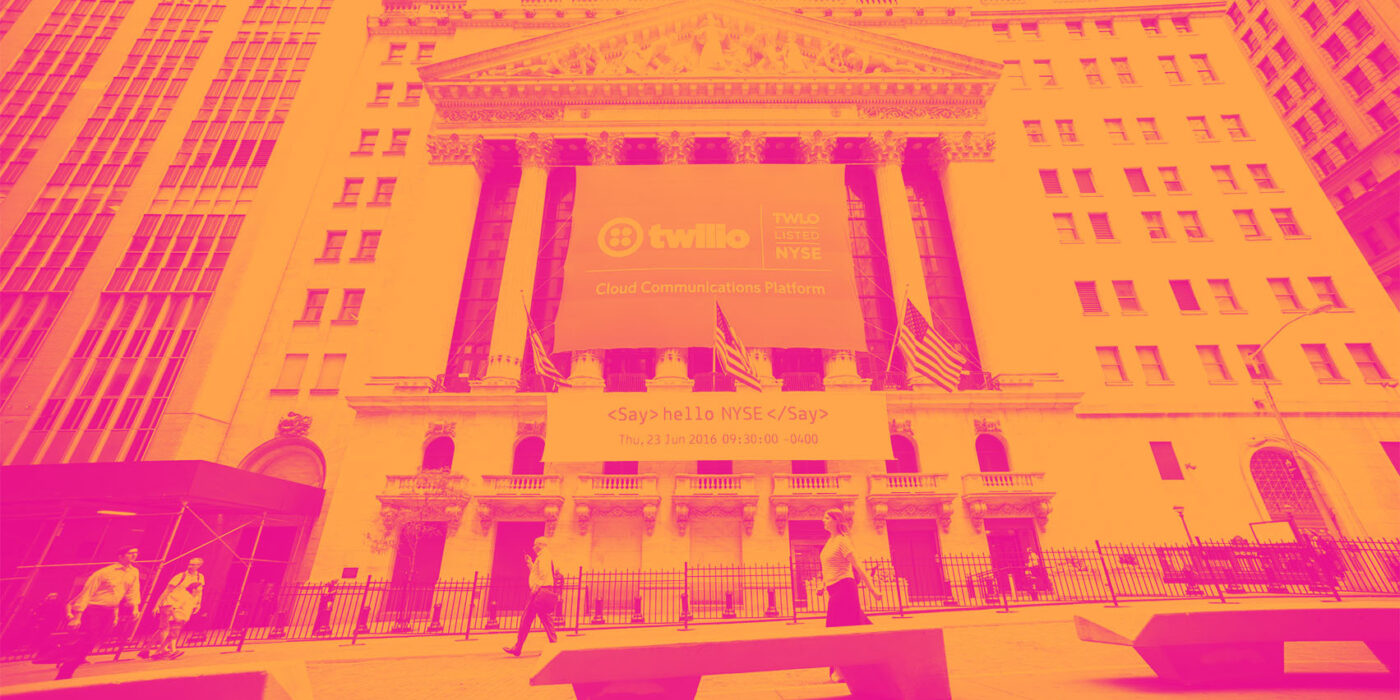 Q1 Earnings Highlights: Twilio (NYSE:TWLO) Vs The Rest Of The Software Development Stocks

As we reflect back on the just completed Q1 software development sector earnings season, we dig into the relative performance of Twilio (NYSE:TWLO) and its peers.

The 13 software development stocks we track reported a decent Q1; on average, revenues beat analyst consensus estimates by 3.45%, while on average next quarter revenue guidance was 1.18% above consensus. There has been a stampede out of high valuation technology stocks and while some of the software development stocks have fared somewhat better, they have not been spared, with share price declining 15.7% since earnings, on average.

Twilio reported revenues of $875.3 million, up 48.3% year on year, beating analyst expectations by 1.33%. It was a strong quarter for the company, with accelerating customer growth and an exceptional revenue growth.

“We carried our momentum into 2022 and delivered another strong quarter to start the year, with first quarter revenue coming in at $875 million, representing 48% year-over-year growth," said Jeff Lawson, Twilio’s co-founder and CEO.

The stock is down 28.2% since the results and currently trades at $85.

Is now the time to buy Twilio? Access our full analysis of the earnings results here, it's free.

GitLab reported revenues of $87.4 million, up 61.7% year on year, beating analyst expectations by 11.8%. It was a very strong quarter for the company, with an impressive beat of analyst estimates and an exceptional revenue growth.

GitLab achieved the strongest analyst estimates beat among its peers. The stock is up 7.27% since the results and currently trades at $42.75.

F5 Networks reported revenues of $634.2 million, down 1.72% year on year, in line with analyst expectations. It was a weak quarter for the company, with a slow revenue growth and an underwhelming revenue guidance for the next quarter.

Dynatrace reported revenues of $252.5 million, up 28.5% year on year, beating analyst expectations by 2.44%. Despite the solid topline results, it was a weaker quarter for the company, with full-year guidance missing analysts' expectations and underwhelming guidance for the next quarter.

Dynatrace had the weakest full year guidance update among the peers. The stock is up 19.2% since the results and currently trades at $39.11.

Read our full, actionable report on Dynatrace here, it's free.

New Relic reported revenues of $205.7 million, up 19.1% year on year, in line with analyst expectations. It was a mixed quarter for the company, with a significant improvement in gross margin but decelerating growth in large customers.