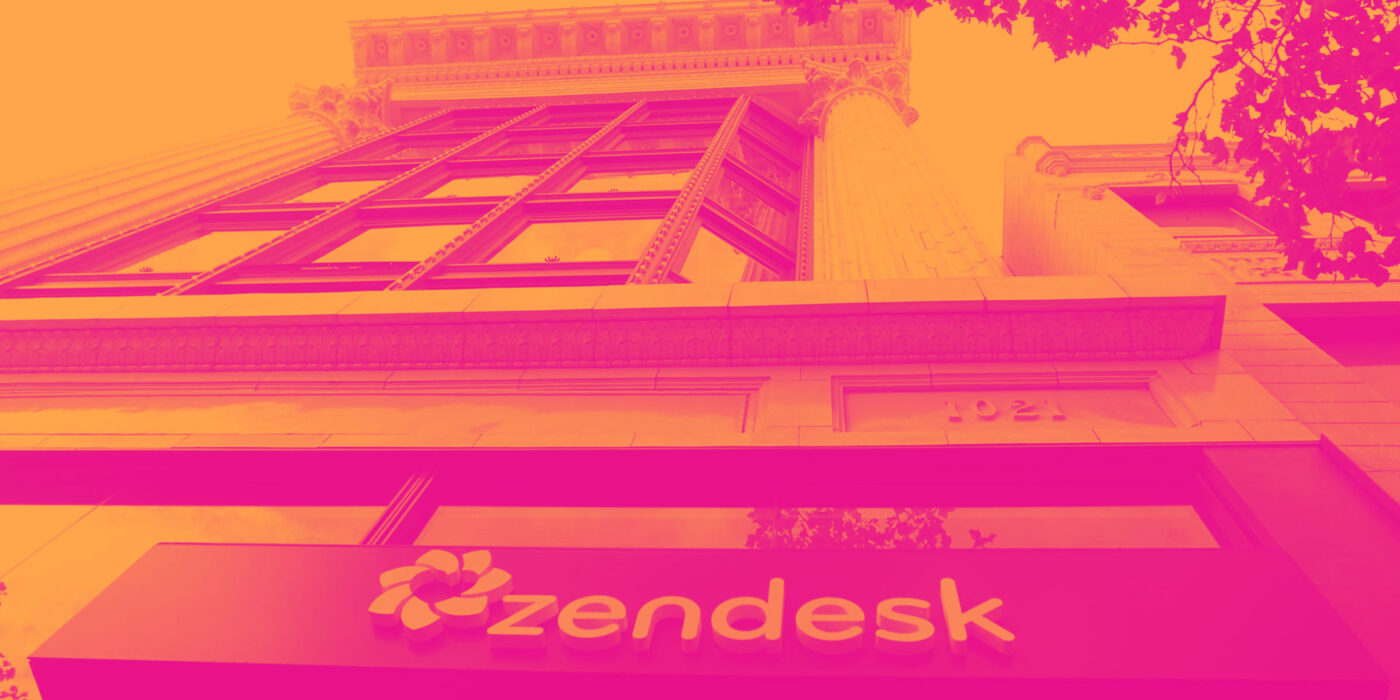 Customer service software maker Zendesk (NYSE:ZEN) announced better-than-expected results in the Q1 FY2021 quarter, with revenue up 25.5% year on year to $298 million. Zendesk made a GAAP loss of $48.9 million, down on its loss of $42.7 million, in the same quarter last year.

The Zen of Customer Support

Founded in 2006 by three Danish friends who got tired of implementing complex old-school solutions, Zendesk is a software as a service platform that makes it easier for companies to provide help and support to their customers. It offers a cloud-based help desk which enables customers to reach out for help through various channels like live chat or email and provides companies with a unified interface to track, prioritize, and respond to customers requests. By centralising data about customer requests the software makes support teams more efficient, and enables support agents to have full context about the customer.

As the share of digital economy grows, so does the need for online support but Zendesk has a number of competitors in this space, from public companies like Hubspot (NYSE:HUBS) and Salesforce (NYSE:CRM) to private companies like Intercom.

As you can see below, Zendesk's revenue growth has been strong over the last twelve months, growing from $237 million to $298 million. 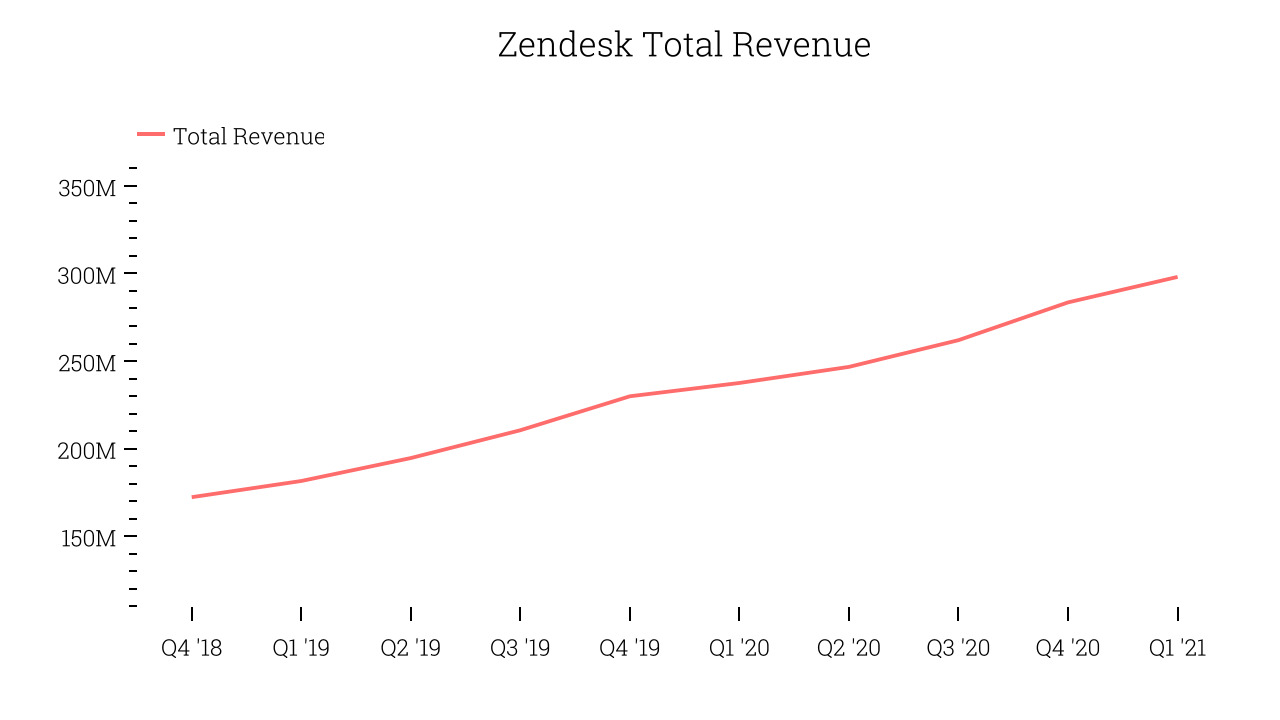 This quarter, Zendesk's quarterly revenue was once again up a very solid 25.5% year on year. But the growth did slow down compared to last quarter, as the revenue increased by just $14.5 million in Q1, compared to $21.5 million in Q4 2020. A one-off fluctuation is usually not concerning, but it is worth keeping in mind.

Zendesk's gross profit margin, an important metric measuring how much money there is left after paying for servers, licences, technical support and other necessary running expenses was at 79.5% in Q1. That means that for every $1 in revenue the company had $0.79 left to spend on developing new products, marketing & sales and the general administrative overhead. Significantly up from the last quarter, this is a good gross margin that will allow Zendesk to fund large investments in product and sales during periods of rapid growth and be profitable when it reaches maturity.

With market capitalisation of $18.3 billion, more than $954 million in cash and with free cash flow over the last twelve months being positive, the company is in a very strong position to invest in growth.

We were very impressed by the strong improvements in Zendesk’s gross margin this quarter. And we were also glad that the revenue guidance for the next quarter exceeded analysts' expectations. Overall, we think this was a really good quarter, that should leave shareholders feeling very positive. Therefore, we think Zendesk will become more attractive to investors, compared to before these results.