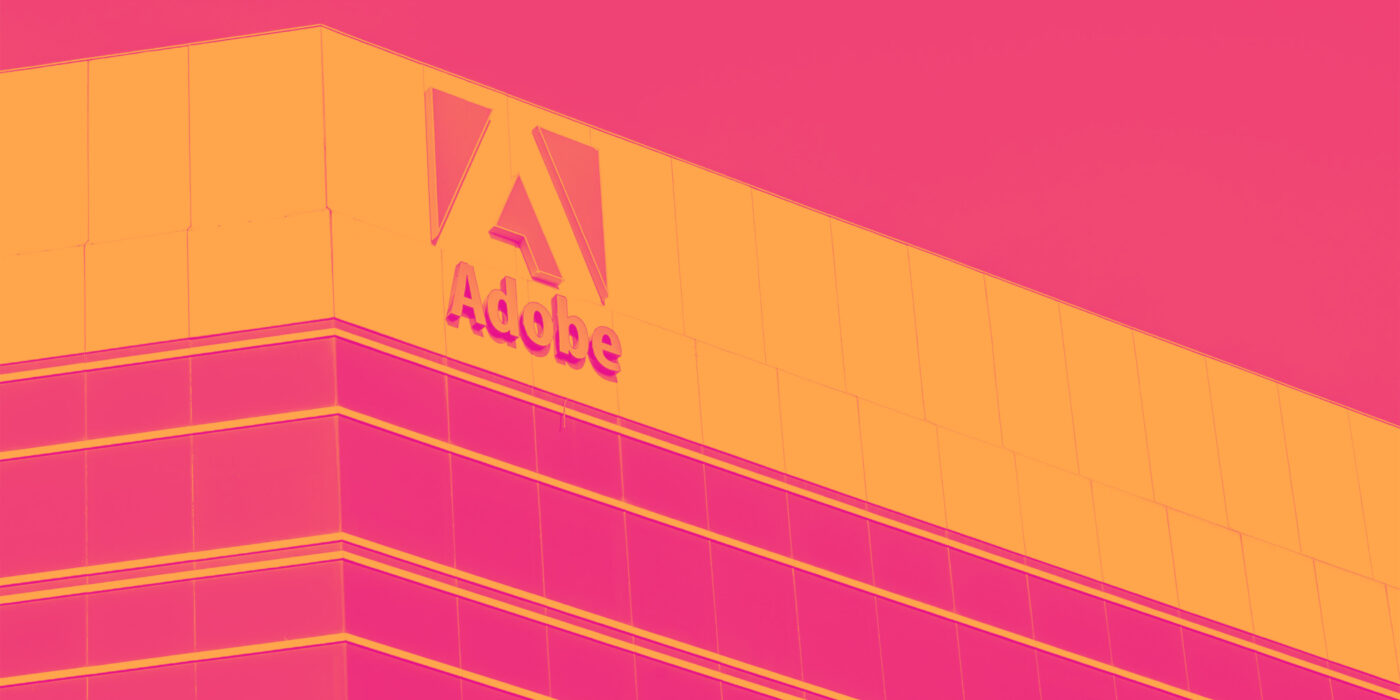 Creative software maker Adobe (NASDAQ:ADBE) announced better-than-expected results in the Q1 FY2021 quarter, with revenue up 26.33% year on year to $3.905 billion. Adobe made a GAAP profit of $1.261 billion, improving on its profit of $955.0 million, in the same quarter last year.

One of the most well-known Silicon Valley software companies around, Adobe (ADBE) was originally founded in 1982 and famously Steve Jobs soon after attempted to acquire it for $5 million. The founders refused and instead negotiated an investment and a five year licencing deal with Apple (AAPL), which made them the first company in the history of Silicon Value to turn profit in its first year and started their impressive journey.

Adobe (ADBE) is a leading provider of software as service in the digital design and document management space. The company is famous for inventing the PDF format and its photo-editing and publishing software products like Photoshop or Illustrator which have become household names and leading industry standards. Over time Adobe leveraged the key role their products played in the lives of their customers and built a cloud ecosystem of products and services around them.

Today the company has a very strong portfolio of products, through its Creative Cloud offering it provides tools for digital design and publishing, such as Adobe Premiere that is used for professional movie production. The Document Cloud enables customers to create electronic documents and manage their lifecycle, offering the ability to sign legally binding documents electronically through Adobe Sign. Lately Adobe has been expanding into offering software for hosting content online and providing customers with the ability to monetize their readers via advertising.

As you can see below, Adobe's revenue growth has been solid over the last twelve months, growing from $3.09 billion to $3.90 billion.

This quarter, Adobe's quarterly revenue was up a very solid 26.33% year on year, which is above average for the company. On top of that, revenue increased $481.0 million quarter on quarter, a very strong improvement on the $199.0 million increase in Q4 2020, which shows re-acceleration of growth, and is great to see.

Adobe successfully reinvented itself around 2012 when it switched from selling its software on CDs with a one-off licence to a subscription based software as a service model. What makes the cloud business model so attractive is that once the software is developed, it typically shouldn't cost much to provide it as an ongoing service to customers.

Adobe's gross profit margin, an important metric measuring how much money there is left after paying for servers, licences, technical support and other necessary running expenses was at 88.55% in Q1. That means that from every $1 in revenue the company had $0.89 left to spend on developing new products, marketing & sales and the general administrative overhead. Significantly up from the last quarter, this is a great gross margin, that will allow Adobe fund large investments in product and sales during periods of rapid growth and be profitable when it reaches maturity.

With market capitalisation of $216.9 billion, more than $4.963 billion in cash and producing massive amounts of free cash flow, the company is in a very strong position to invest in growth and to return capital back to shareholders through buybacks.

We were impressed by how strongly Adobe outperformed analysts’ earnings expectations this quarter. And we were also glad that the earnings guidance for the next quarter exceeded analysts' expectations. Zooming out, we think this was a great quarter and we have no doubt shareholders will feel excited about the results. Adobe was already worth keeping an eye on before these results and will now look even more attractive.

Participate in a stock investor research and get a $50 Amazon gift card. Small team building a new product. We need your opinion.