AI lending platform Upstart (NASDAQ:UPST) beat analyst expectations in Q1 FY2022 quarter, with revenue up 153% year on year to $310.1 million. However, guidance for the next quarter was less impressive, coming in at $300 million at the midpoint, being 10.4% below analyst estimates. Upstart made a GAAP profit of $32.6 million, improving on its profit of $10.1 million, in the same quarter last year.

If you follow StockStory for a while, you know that we put an emphasis on cash flow. Why, you ask? We believe that in the end cash is king, as you can't use accounting profits to pay the bills. Upstart burned through $272 million in Q1, with cash flow turning negative year on year. 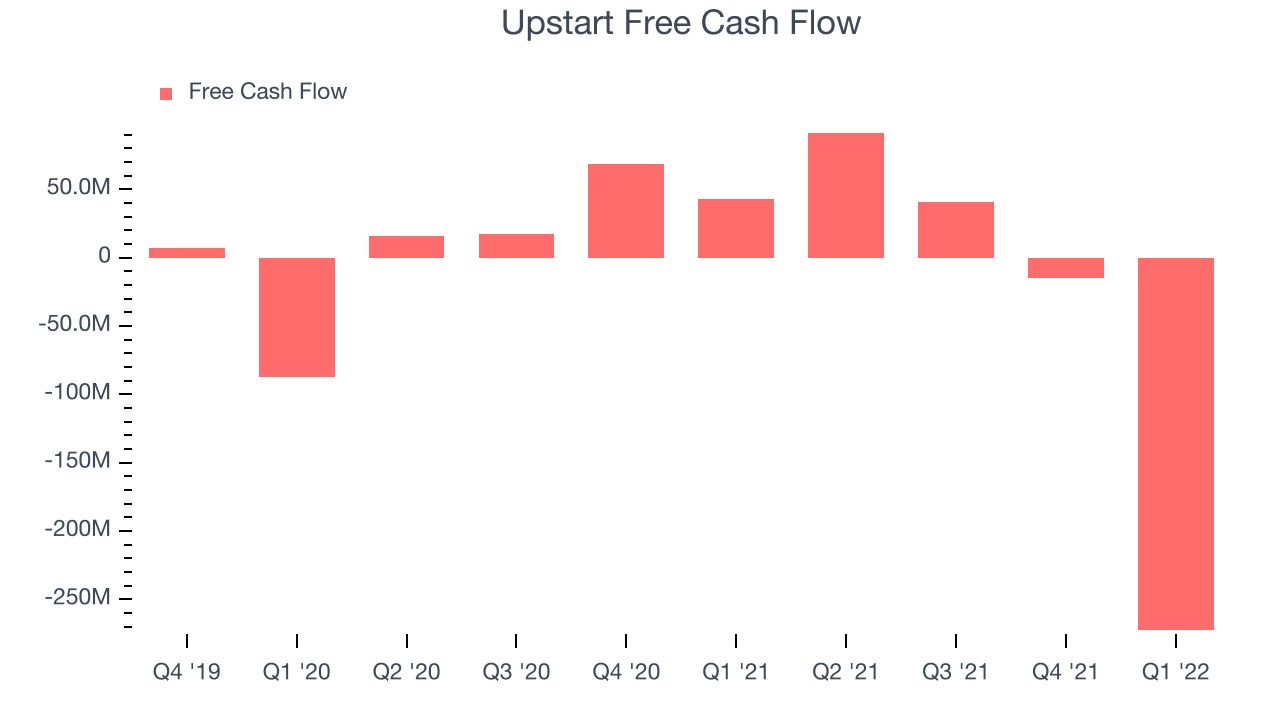 Upstart has burned through $154.9 million in cash over the last twelve months, a negative 14.9% free cash flow margin. This low FCF margin is a result of Upstart's need to still heavily invest in the business.

We were impressed by the exceptional revenue growth Upstart delivered this quarter. And we were also excited to see that it outperformed analysts' revenue expectations. On the other hand, it was unfortunate to see that Upstart's revenue guidance for the full year missed analyst's expectations. Overall, this quarter's results were not the best we've seen from Upstart. The company currently trades at $39 per share.

Upstart may have had a bad quarter, but investors should also consider its valuation and business qualities, when assessing the investment opportunity. We think Upstart is a solid business. We would expect growth rates to moderate from here, but its revenue growth has been exceptional, over the last two years. And while its growth is coming at a cost of significant cash burn, the good news is its impressive gross margins are indicative of excellent business economics.

Upstart's price to sales ratio based on the next twelve months is 4.8x, suggesting that the market is expecting more steady growth, relative to the hottest tech stocks. There are definitely things to like about Upstart and looking at the tech landscape right now, it seems that it doesn't trade at an unreasonable price point.

The Wall St analysts covering the company had a one year price target of $213 per share right before these results, implying that they saw upside in buying Upstart even in the short term.