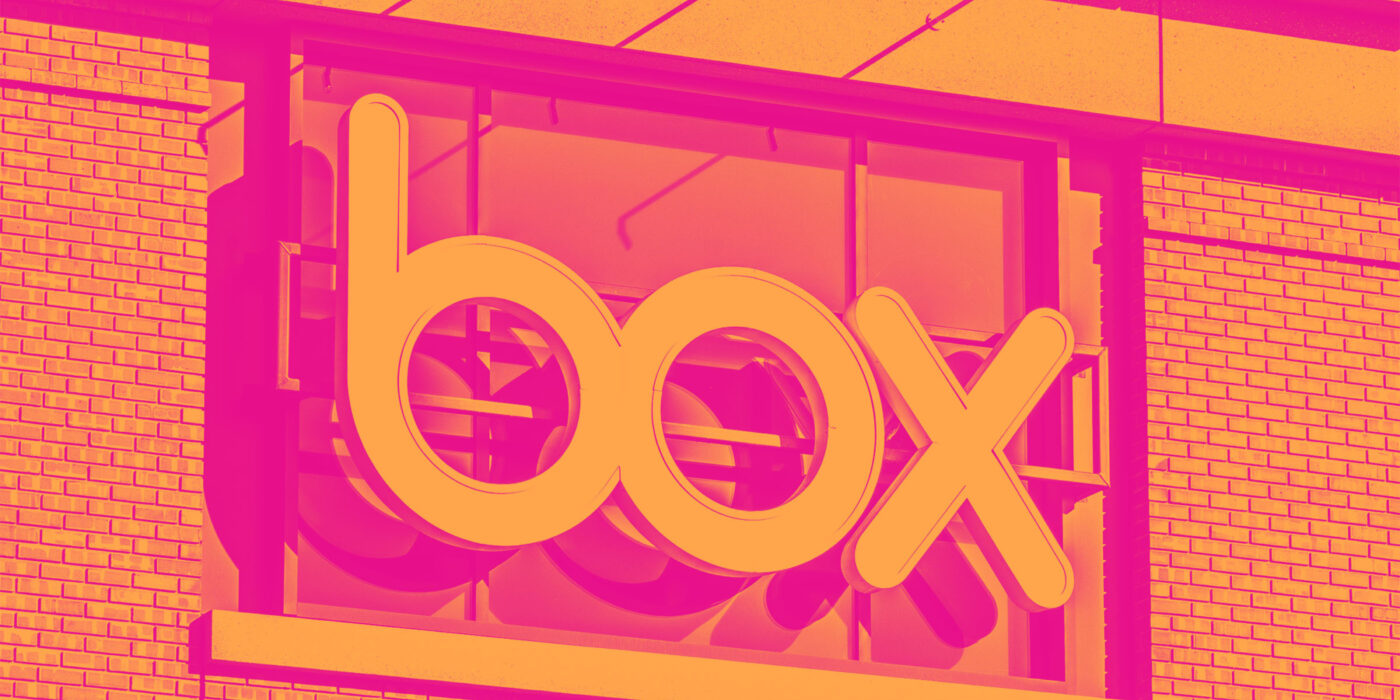 Cloud content storage and management platform Box (NYSE:BOX) reported solid growth in the Q1 FY2022 earnings announcement, with revenue up 10.2% year on year to $202.4 million. Box made a GAAP loss of $14.5 million, improving on its loss of $25.5 million, in the same quarter last year.

Is now the time to buy Box? Get early access to our full analysis of the earnings results here

"Our vision for the Content Cloud is resonating with our customers. They recognize the strategic importance of securing, automating, integrating, and collaborating on content, and are investing in the full power of Box," said Aaron Levie, co-founder and CEO of Box.

Box (NYSE:BOX) started with offering cloud storage as a simple way for employees to share content more securely, but has since expanded into new functions such as e-signatures, monitoring anomalous behaviour and workflow management.

As you might have guessed, Box has plenty of competitors, such as Docusign (NASDAQ:DOCU) and Dropbox (NASDAQ:DBX), but it is also serving a growing market, as large enterprise increasingly moves all its data to the cloud, both for immediate cost savings, and to facilitate working from home for employees.

As you can see below, Box's revenue growth has been solid over the last twelve months, growing from $183.5 million to $202.4 million.

This quarter, Box's quarterly revenue was once again up 10.2% year on year. We can see that the company increased revenue by $3.52 million quarter on quarter. That's a solid improvement on the $2.91 million increase in Q4 2021, so shareholders should appreciate the acceleration of growth.

When you consider that Box has to actually store large amounts of data, you wouldn't expect it to have top class software margins. However, we should see its gross margins increase as the company grows revenue, and derives more of its revenue from software modules, not just cloud storage.

Box's gross profit margin, an important metric measuring how much money there is left after paying for servers, licences, technical support and other necessary running expenses was at 69.8% in Q1. That means that for every $1 in revenue the company had $0.69 left to spend on developing new products, marketing & sales and the general administrative overhead. This would be considered a low gross margin for a SaaS company and we would like to see it start improving again.

With market capitalisation of $3.76 billion Box is among smaller companies, but its more than $561.4 million in cash and positive free cash flow over the last twelve months put it in a very strong position to invest in growth.

It was good to see Box provide next quarter revenue outlook exceeding analysts’ expectations. And we were also happy to see it topped analysts’ revenue expectations, even if just narrowly. On the other hand, the revenue growth is quite weak compared to other SaaS businesses. Zooming out, we think this was still a decent quarter. But Box isn't our first pick as growth stock, and nothing we've seen today has changed that.