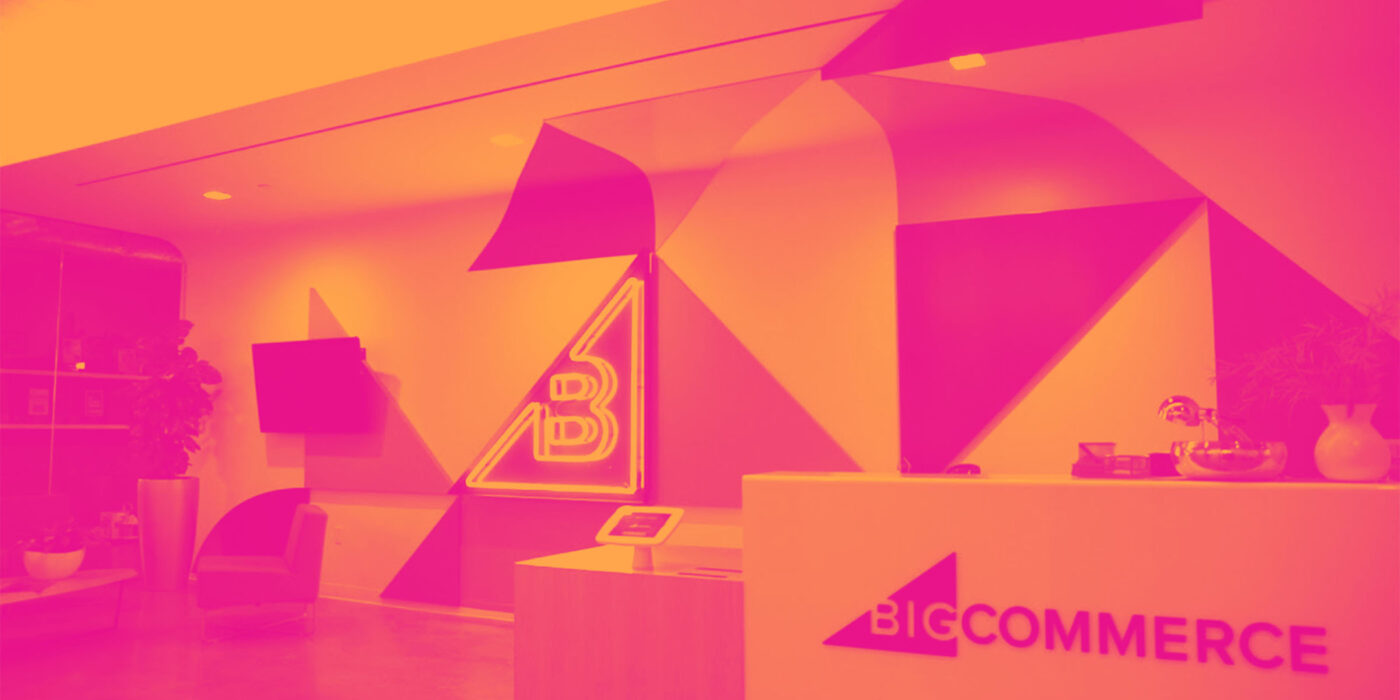 E-commerce software platform provider BigCommerce (NASDAQ: BIGC) beat analyst expectations in Q4 FY2021 quarter, with revenue up 50.4% year on year to $64.8 million. Guidance for the full year also exceeded estimates, however the guidance for the next quarter was less impressive, coming in at $63.5 million, 0.52% below analyst estimates. BigCommerce made a GAAP loss of $34.2 million, down on its loss of $14.2 million, in the same quarter last year.

Is now the time to buy BigCommerce? Access our full analysis of the earnings results here, it's free.

While e-commerce has been around for over two decades and enjoyed meaningful growth, its overall penetration of retail still remains low. Only around $1 in every $5 spent on retail purchases comes from digital orders, leaving over 80% of the retail market still ripe for online disruption. It is these large swathes of the retail where e-commerce has not yet taken hold that drives the demand for various e-commerce software solutions.

As you can see below, BigCommerce's revenue growth has been impressive over the last year, growing from quarterly revenue of $43.1 million, to $64.8 million. 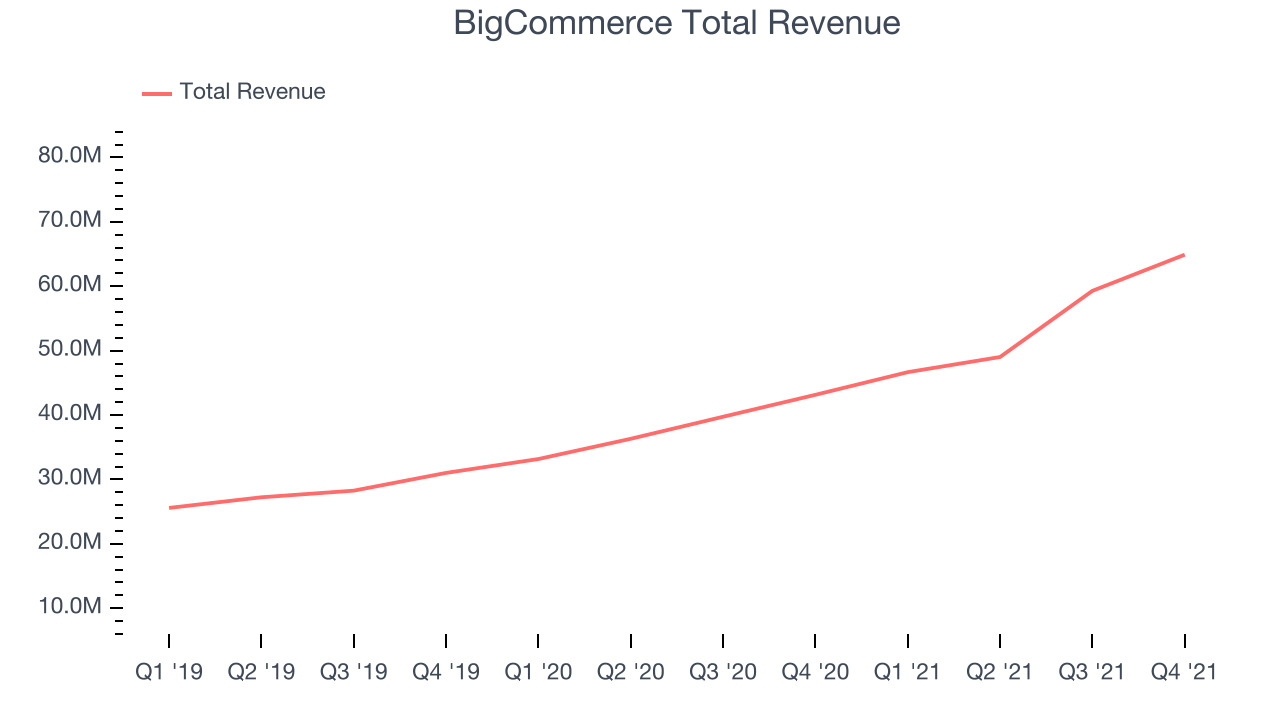 Guidance for the next quarter indicates BigCommerce is expecting revenue to grow 36% year on year to $63.5 million, slowing down from the 40.6% year-over-year increase in revenue the company had recorded in the same quarter last year. For the upcoming financial year management expects revenue to be $277.6 million at the midpoint, growing 26.2% compared to 43.8% increase in FY2021.

There are others doing even better than BigCommerce. Founded by ex-Google engineers, a small company making software for banks has been growing revenue 90% year on year and is already up more than 150% since the IPO last December. You can find it on our platform for free.

You can see below that at the end of the quarter BigCommerce reported 12,754 enterprise customers paying more than $2,000 annually, an increase of 376 on last quarter. That is a bit less contract wins than last quarter and also quite a bit below what we have typically seen over the past couple of quarters, suggesting that the sales momentum with large customers is slowing down. 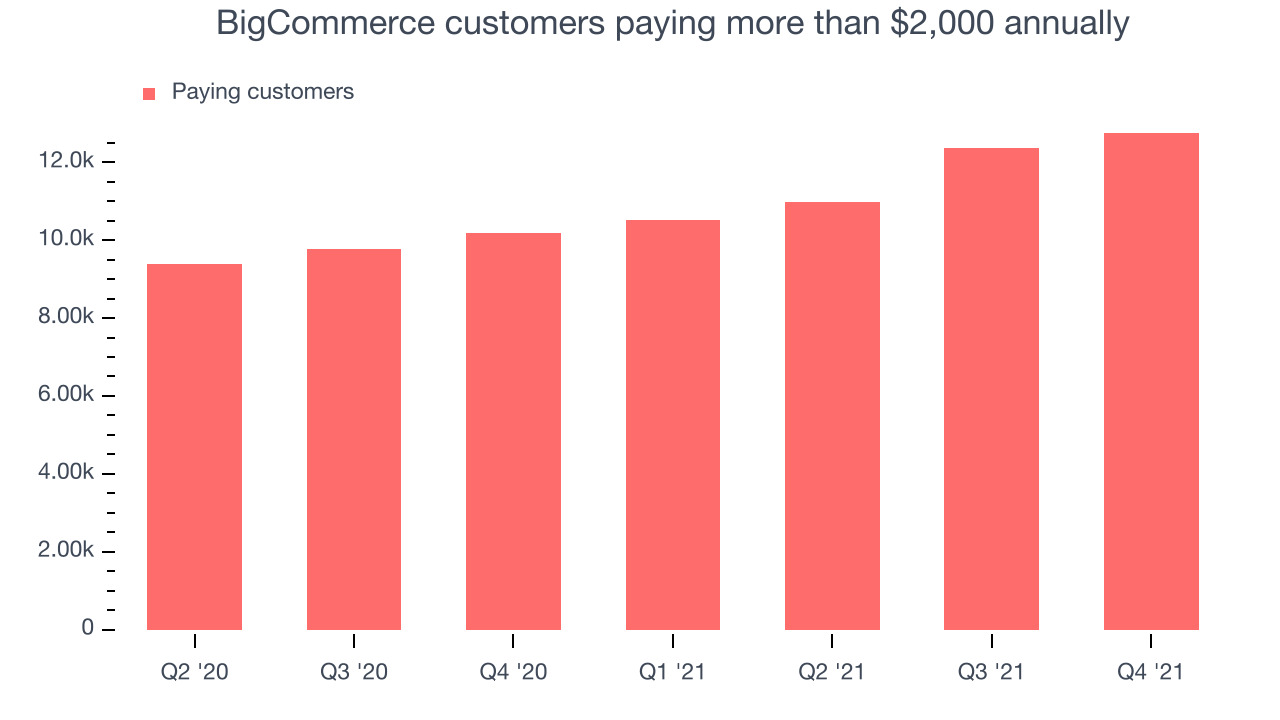 Since it has still been burning cash over the last twelve months it is worth keeping an eye on BigCommerce’s balance sheet, but we note that with a market capitalization of $1.83 billion and more than $399.8 million in cash, the company has the capacity to continue to prioritise growth over profitability.

We were impressed by the exceptional revenue growth BigCommerce delivered this quarter. And we were also excited to see that it outperformed Wall St’s revenue expectations. On the other hand, the revenue guidance for next year indicates a significant slowdown and there was a slowdown in new contract wins. Overall, it seems to us that this was a complicated quarter for BigCommerce. The company is down 19.5% on the results and currently trades at $20.84 per share.

BigCommerce may have had a tough quarter, but does that actually create an opportunity to invest right now? It is important that you take into account its valuation and business qualities, as well as what happened in the latest quarter. We look at that in our actionable report which you can read here, it's free.